By Prince_Ayoade (self media writer) | 18 days ago 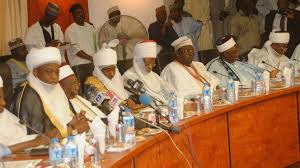 The Northerners should not be blamed for their insistence that Presidency should remain in the North beyond 2023. It should be recalled that Southerners are clamouring for Presidency in 2023 but Some Northerners had insisted that the Presidency should remain in the North beyond 2023. The Southern Governors irrespective of their Political Parties had meeting on the issue and they resolve in their meeting that the Southern region must Produce President in 2023.

Though, the All Progressives Congress APC which is the ruling Party had zoned Presidency to the South but the Opposition Party, Peoples Democratic Party PDP may likely return Presidential ticket to the North. It should be recalled that PDP zoned 2019 Presidential ticket to the North. However, the Northerners should not be blamed for their agitation that Presidency should remain in the North beyond 2023. The reasons why the Northerners should not be blamed shall be discussed.

One of the reasons why the Northerners should not be blamed for clamouring for Presidency again in 2023 is that the zoning system is not constitutionally stated in Nigeria Constitution that when A Particular region has produced President for Particular Period of time, such region should not aspire for the Position again. It is only stated in the 1999 constitution that A Particular Person can only spend eight years as President. This means that having spent four years as President, One can still contest and spend another four years but it is not specifically stated that A region should spend a Particular Period of time as President. Therefore, the Northerners might be constitutionally right to aspire for Presidency again in 2023. 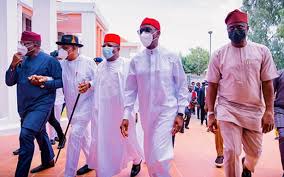