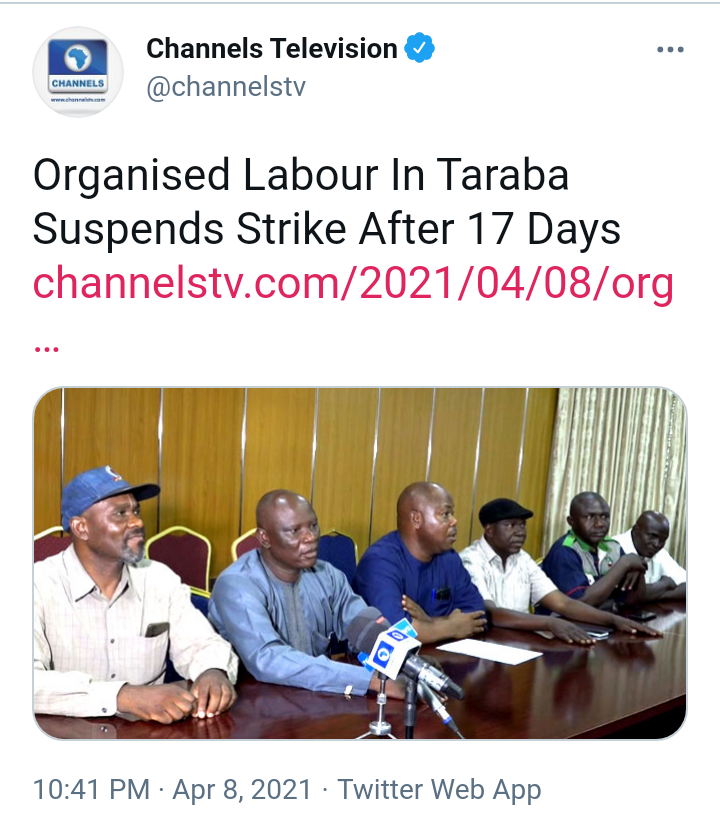 The organised labour in Taraba State has suspended its industrial action declared over the N30,000 minimum wage to workers in the state.

Chairman of the Taraba State Joint Public Service Negotiating Council, Musa Buhari, announced the suspension of the strike on Thursday at a press conference in Jalingo, the state capital. 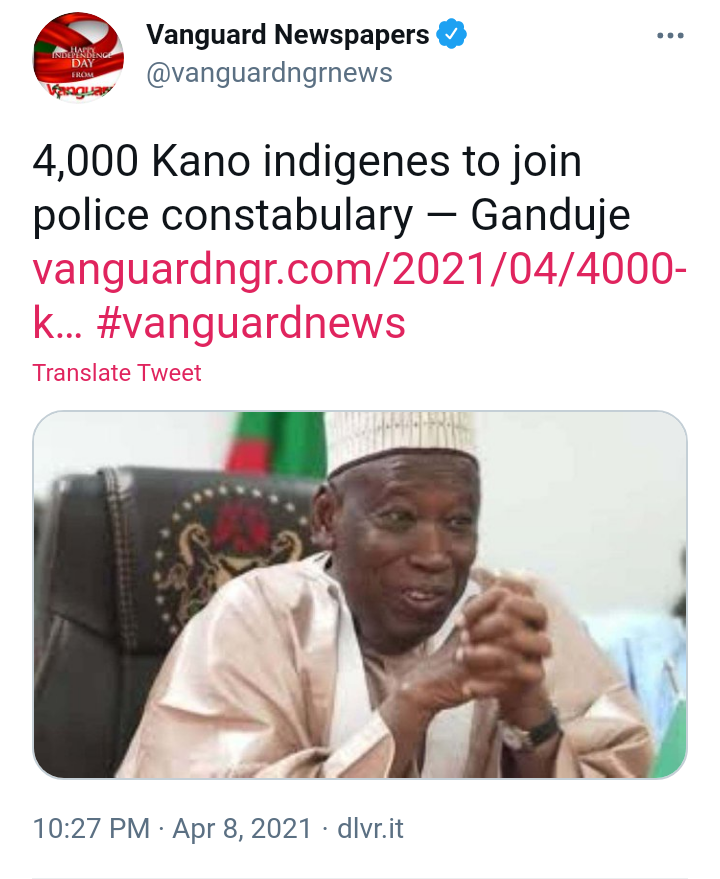 Governor Abdullahi Ganduje of Kano State says his administration is planning to send more than 4,000 youths to police constabulary training.

The governor said this on Thursday in Kano when he received the new Commandant of the Police Academy, Wudil, CP Lawal Tanko-Jimeta on a courtesy.

According to him, some youths from the state are also trained recently as police constabulary as part of the state government’s efforts to prepare them. 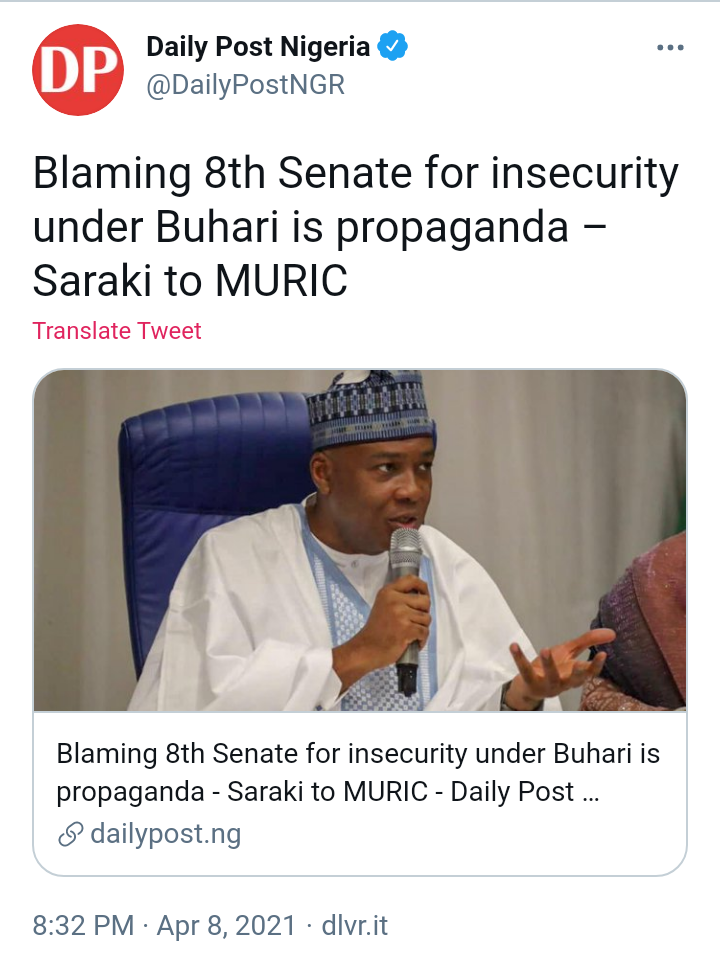 Bukola Saraki, President of the 8th Senate, has condemned the “unenlightened propaganda” by Prof. Ishaq Akintola, Director of the Muslim Rights Concern (MURIC).

A statement by Saraki’s media aide, Oluwole Onemola had recalled an accusation against Saraki by MURIC, alleging that the 8th Senate worked against Buhari on insecurity.

MURIC had claimed the 8th Senate rejected the President’s request for $1 billion for the purchase of arms.

However, Saraki condemning MURIC’s claims explained that the 8th Senate never rejected any funding request for security but had insisted that due process provided by the constitution be adhered to, even by the executive.

"Bandits Must Be Crushed" - El-Rufai 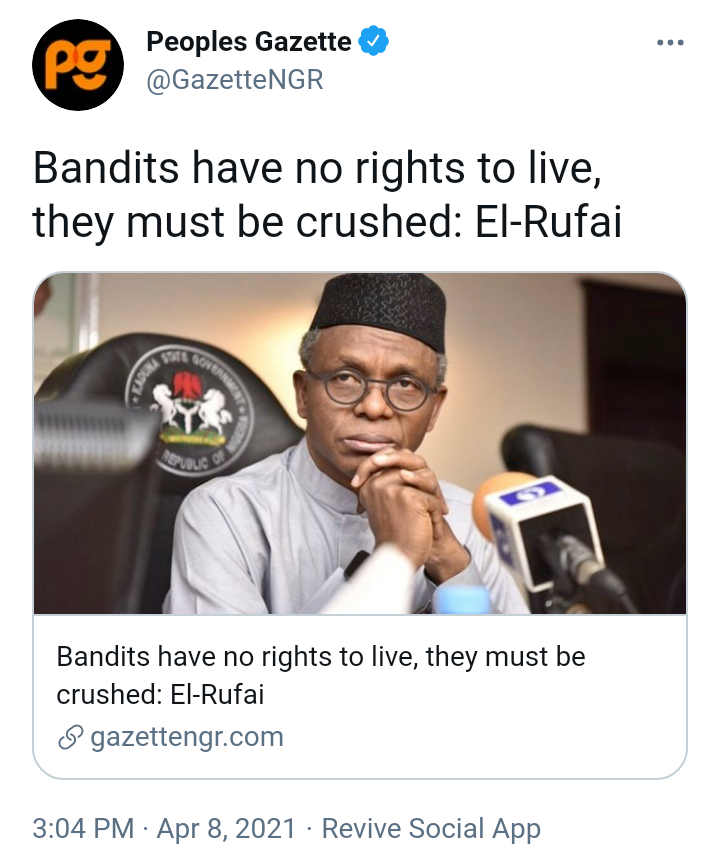 Governor Nasir El-rufai of Kaduna State says bandits terrorising Nigeria have lost their rights to life under the constitution and must be wiped out.

Mr El-rufai made this known during a town hall meeting on national security organised by the Ministry of Information and Culture held in Kaduna with the theme: “Setting benchmark for enhanced and national unity in Nigeria.”

”The bandits are at war with Nigeria and there is no other way to approach the current insurgency but for security forces to take the war to the bandits and recover forests where they are occupying. 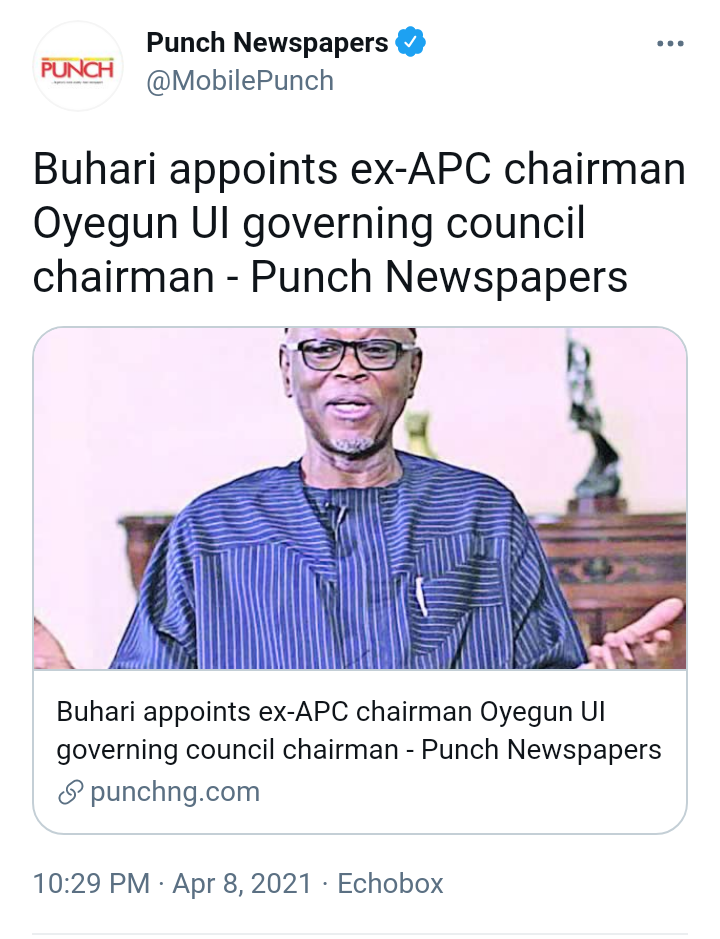 The approval was contained in a statement by Mr Sonny Echono, Permanent Secretary, Federal Ministry of Education on Thursday. Vigilante & DSS Arrest Traditional Ruler Over the Death of His Wife

If the police or other security agents come to you and say “you are under arrest,” see what to do

"I Stole The Generator And Bed After The Owner Went To Church, Suspect