The Chinese Civil War was a civil war fought from 1927 to 1950, because of a difference in thinking between the Communist Chinese Communist Party (CCP) and the Nationalist Kuomintang (KMT), there was a fight for legitimacy as the government of China . The war began in April 1927, because of the 'Northern Expedition" and mostly ended in 1950. 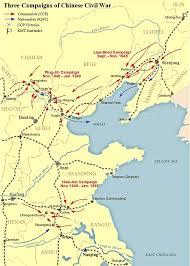 Some people say the war has not ended, but no large battles have started since that year. The relations between the Republic of China (ROC) and the People's Republic of China (PRC) are bad because both still say they are the legitimate sovereign government of all of China. The Chinese Civil War was the third largest war in all of time after World War II and World War I . 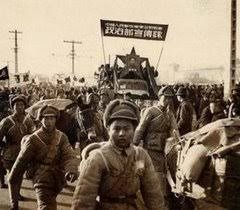 The war started and stopped several times before the Second Sino-Japanese War , and fighting did not stop during the fighting against the Empire of Japan . The war between the CCP and KMT started again in 1946 after Japan's defeat in World War II. CCP took control of most of China and KMT had only islands. About two million Chinese fled to Taiwan in late 1949. In 1950, no large battles were started.The loss of the KMT in Mainland China is said to be because of a number of reasons: the Yan'an Rectification Movement helped Mao have more control of the CCP, the ceasefire a United States officer made in 1946 which stopped the KMT for a time, the bad problems between the people and the KMT in the places of KMT control, the Soviet Union giving the guns of the Japanese to the CCP, and uncertain help from the United States for the KMT. 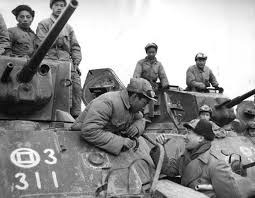 No agreement was made between the two governments, so some say that the war has not ended. Both governments have many military weapons that is only to be used against the other, both still say they are the legitimate government of China, and each seeks diplomatic relations from other countries as the only legitimate government.More than eight million people were killed during the war, mostly civilians killed by disease, starvation and reprisals conducted by one side in areas thought to be friendly to the other. 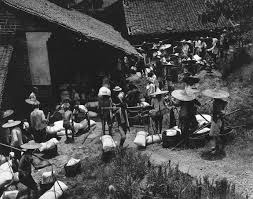 The Korean War, 25 June 1950 – 27 July 1953, was a war between North Korea (with the support of China and the Soviet Union ) and South Korea (with the support of the United Nations , principally from the United States ). The war began on 25 June 1950 when North Korea invaded South Korea.At the end of World War II , the Soviet Union and the United States liberated Korea from imperial Japanese colonial control on 15 August 1945. 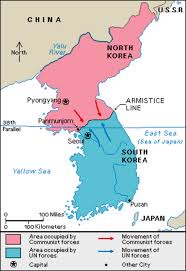 After the war had ended , Korea was divided at the 38th parallel into two zones of occupation, the Soviets administered the northern half and the Americans administered the southern half . With the border set at the 38th parallel in 1948, two sovereign states were established as a result of geopolitical tensions of the Cold War (between the Soviet Union and the United States). 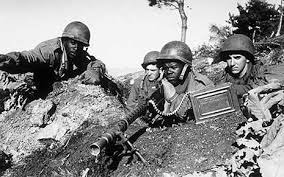 A socialist state was established in the north under the communist leadership of Kim Il-sung and a capitalist state in the south under the anti-communist leadership of Syngman Rhee. Both governments of the two new Korean states claimed to be the sole legitimate government of all of Korea , and neither accepted the border as permanent.The conflict escalated into warfare when North Korean military (Korean People's Army, KPA) forces—supported by the Soviet Union and China—crossed the border and advanced into South Korea on 25 June 1950. The United Nations Security Council authorized the formation of the United Nations Command and the dispatch of forces to Korea to repel what was recognized as a North Korean invasion. Twenty-one countries of the United Nations eventually contributed to the UN force, with the United States providing around 90% of the military personnel.After the first two months of war, South Korean Army (ROKA) and the US forces rapidly dispatched to Korea were on the point of defeat. As a result, the ROKA and US troops retreated to a small area behind a defensive line known as the Pusan Perimeter. In September 1950, an amphibious UN counter-offensive was launched at Incheon , and cut off many KPA troops in South Korea. Those who escaped envelopment and capture were forced back north. UN forces invaded North Korea in October 1950 and moved rapidly towards the Yalu River —the border with China—but on 19 October 1950, Chinese forces of the People's Volunteer Army (PVA) crossed the Yalu and entered the war. The surprise Chinese intervention triggered a retreat of UN forces back below the 38th Parallel by late December.In these and subsequent battles, Seoul changed hands four times, and the last two years of fighting became a war of attrition , with the front line close to the 38th Parallel. The war in the air, however, was never a stalemate. 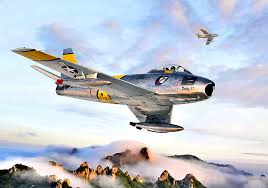 North Korea was subject to a massive U.S. bombing campaign. Jet fighters confronted each other in air-to-air combat for the first time in history, and Soviet pilots covertly flew in defense of their communist allies.The fighting ended on 27 July 1953, when the Korean Armistice Agreement was signed. The agreement created the Korean Demilitarized Zone (DMZ) to separate North and South Korea, and allowed the return of prisoners. However, no peace treaty was ever signed, and the two Koreas are technically still at war, engaged in a frozen conflict. In April 2018, the leaders of North and South Korea met at the DMZ and agreed to work towards a treaty to formally end the Korean War. The Korean War was among the most destructive conflicts of the modern era, with approximately 3 million war fatalities and a larger proportional civilian death toll than World War II or the Vietnam War . It incurred the destruction of virtually all of Korea's major cities, thousands of massacres by both sides (including the mass killing of tens of thousands of suspected communists by the South Korean government), and the torture and starvation of prisoners of war by the North Korean command. North Korea became among the most heavily-bombed countries in history. 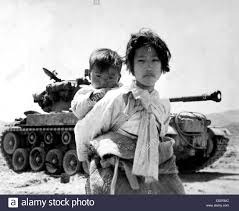 The 1954 partition of Vietnam into two nations made an attempt at reunification inevitable, especially when one side was run by the successful leader of a guerrilla army. The combination of a North Vietnam lead by Ho Chi Minh, the man who had forced France out of his country, and a restive South Vietnamese population led by a corrupt government made conditions ripe for a civil war. 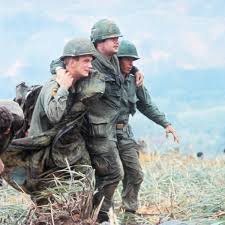 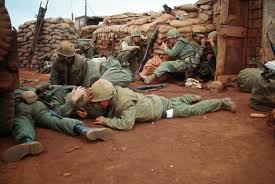 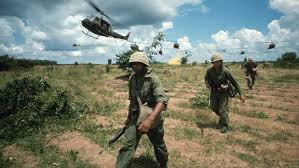 The Congo Civil War began as Rwanda attempted to reign in anti-government forces operating from the Democratic Republic of the Congo (then known as Zaire.). 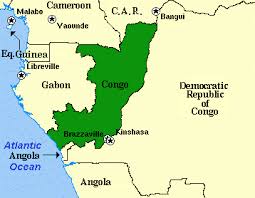 The fighting expanded to ultimately involve nine countries and 20 armed groups, fighting not only for territorial integrity but also control of the country’s estimated $24 trillion in natural resources. 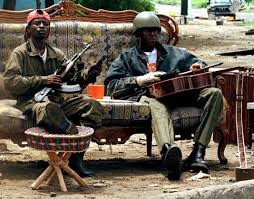 One of the most lethal wars of the last one hundred years, the Congo Civil War claimed the lives of 5.4 million people over a period of five years. This translates to nearly 3,000 fatalities a day, a shocking number given the general lack of conventional, decisive combat.

Like most civil wars—and African wars—most of those killed in the Congo Civil War were civilians, killed by starvation, disease and atrocities committed by armed groups including children. 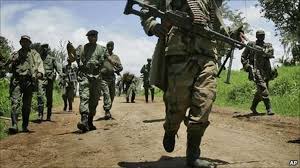 The Nigerian Civil War (also known as the Biafran War and the Nigerian-Biafran War) was a civil war in Nigeria fought between the government of Nigeria and the secessionist state of Biafra from 6 July 1967 to 15 January 1970. 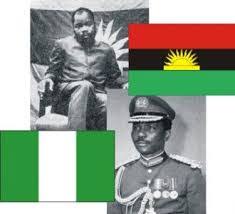 Biafra represented nationalist aspirations of the Igbo people, whose leadership felt they could no longer coexist with the Northern-dominated federal government. The conflict resulted from political, economic, ethnic, cultural and religious tensions which preceded Britain's formal decolonization of Nigeria from 1960 to 1963. 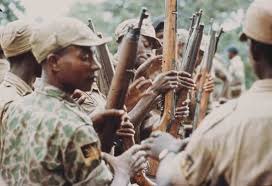 Immediate causes of the war in 1966 included ethno-religious riots in Northern Nigeria, a military coup, a counter-coup and persecution of Igbo living in Northern Nigeria. Control over the lucrative oil production in the Niger Delta played a vital strategic role. Within a year, the Federal Government troops surrounded Biafra, capturing coastal oil facilities and the city of Port Harcourt. The blockade imposed during the ensuing stalemate led to mass starvation. During the two and half years of the war, there were about 100,000 overall military casualties, while between 500,000 and 2 million Biafran civilians died of starvation.In mid-1968, images of malnourished and starving Biafran children saturated the mass media of Western countries. 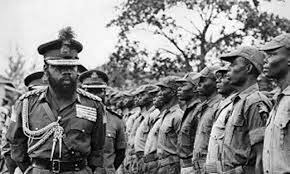 The plight of the starving Biafrans became a cause célèbre in foreign countries, enabling a significant rise in the funding and prominence of international non-governmental organisations (NGOs). The United Kingdom and the Soviet Union were the main supporters of the Nigerian government, while France, Israel and some other countries supported Biafra. 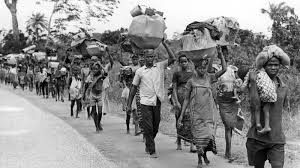