By Akajesus (self meida writer) | 1 years 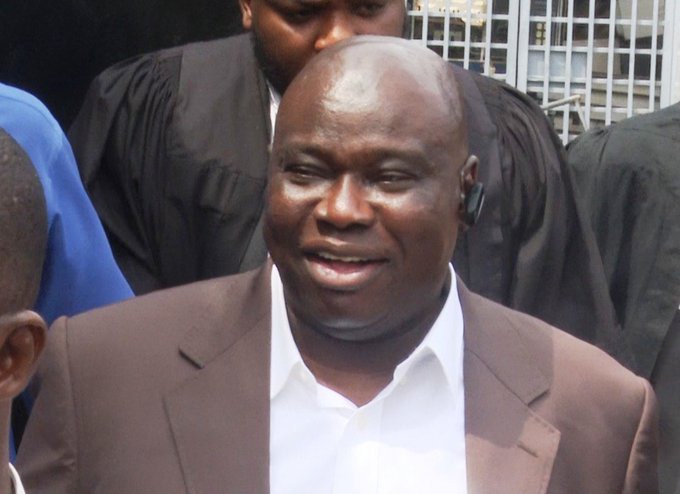 The Economic and Financial Crime Commission, EFCC, on Wednesday, December 11, 2019 re-arraigned a former Speaker of the Lagos State House of Assembly, Adeyemi Ikuforiji alongside his former aide, Oyebode Alade.

The EFCC said this via its official twitter handle, that they were both arraigned before Justice Mohammad Liman of the Federal High Court sitting in Ikoyi Lagos State on a 54-count charge bordering on conspiracy and money laundering to the tune of N338. 8 million.

They were both were arraigned before Justice Mohammad Liman of the Federal High Court sitting in Ikoyi, Lagos on a 54-count charge bordering on conspiracy and  money laundering to the tune of  N338.8 million.

The duo were alleged to have, sometime between April 2010 and July 2011 in Lagos, accepted various cash payments amounting in the aggregate to the sum of N338,801,442 (Three Hundred and Thirty-Eight Million, Eight Hundred & One Thousand, Four Hundred and Forty Naira) only, from the Lagos State House of Assembly without going through a financial institution and thereby committed an offence contrary to Section 18 (a) of the Money Laundering Prohibition Act 2011 and punishable under Section 16 (2) (b) of same Act.

Content created and supplied by: Akajesus (via Opera News )

Israel Is The 40th Most Insecure Nation, Nigeria Is The 3rd, Yet Nigeria Is Advising Israel- Reno

Women, Let Your Husbands Admire You With These Elegant Short Gown Styles

Anthony Joshua's Latest Fight With Tyson Fury Has Been Fixed - See The Date And Venue Of The Fight.