By GarbaPen (self meida writer) | 18 days 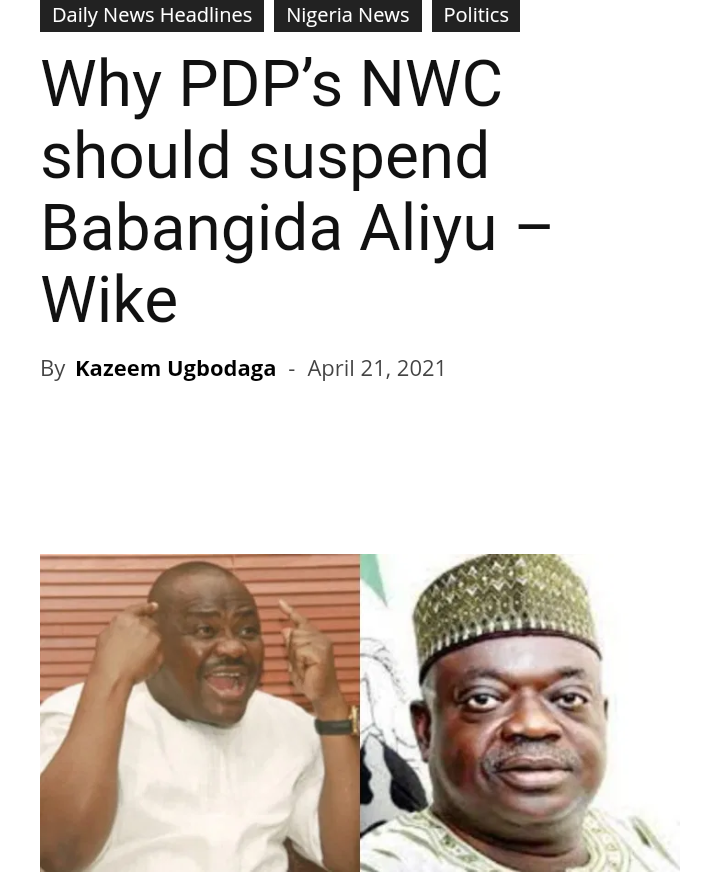 Aliyu had recently claimed he conspired with others to ensure that Jonathan lost the 2015 presidential election.

According to him, “If I was the leadership of the party I would have suspended Aliyu for that comment he made. But, you see, nothing will happen. The National Working Committee will not do anything. Why?

They need Aliyu to support them.“I cannot understand why you are a leader, so to speak, you come out and tell the world why you fought your party. I have never seen a thing like that in my life.

If I was the leader of the party, I would have suspended Aliyu and heaven will not fall. What does he want to achieve?

This was 2015, we have done the 2019 election. Jonathan had lost in 2015, why do you come out now to say how you fought him. Look at where we are today. So, you are telling us you made us be in this position where we. 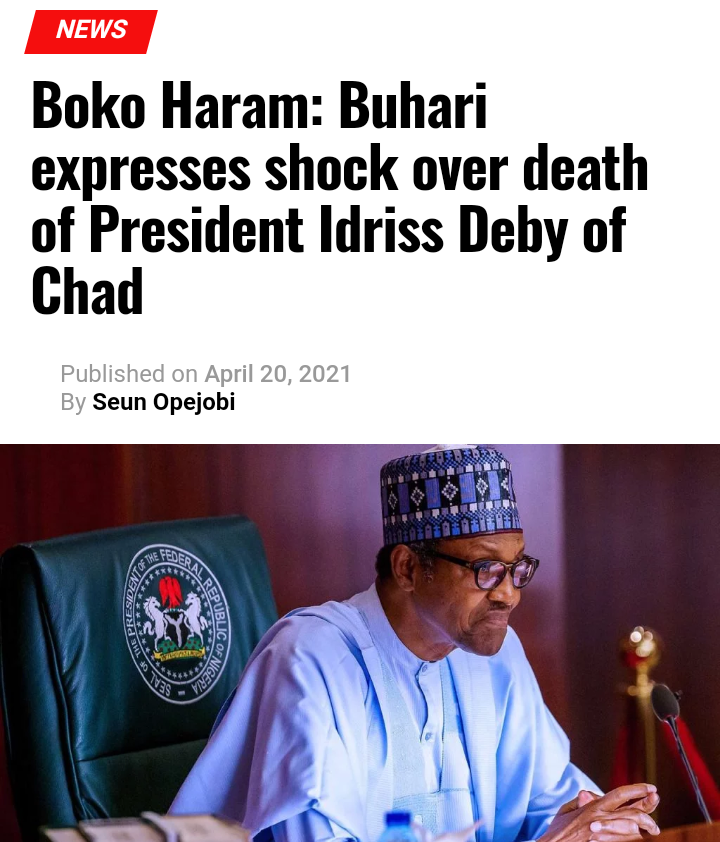 President Muhammadu Buhari has expressed sadness over “the sudden and tragic death of President Idriss Deby of Chad on the front line, fighting against rebel soldiers.”

Buhari said the late Deby played a vital role in the fight against Boko Haram.

In a statement by his spokesman, Garba Shehu, the president described the late Chadian leader “as a friend of Nigeria who had enthusiastically lent his hand in our efforts to defeat the murderous Boko Haram terrorists that have posed grave security challenges not only for Nigeria, but also our African neighbours, particularly Chad, Cameroon and Niger Republic.”

He said: “I’m deeply shocked and devastated by the sudden death of Idriss Deby on the battle front to defend the sovereignty of his country.

“The late Deby had played a very active role in our regional joint collaboration in the military campaign against the Boko Haram terrorists. 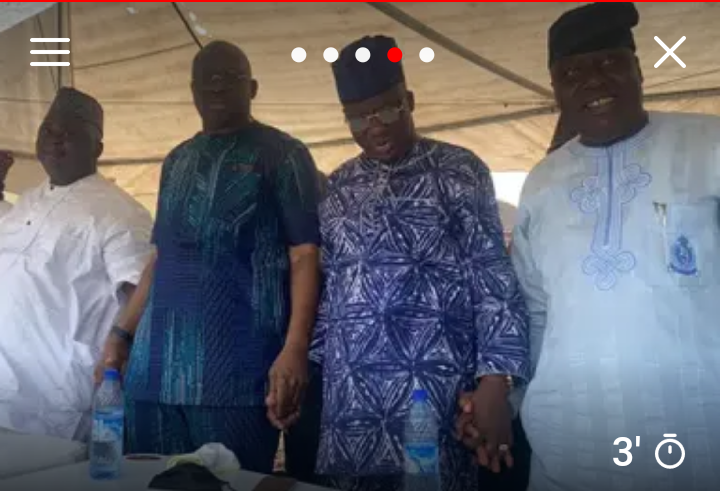 In their bid to forge a common front and make the People’s Democratic Party (PDP) more formidable in the South-West, former Governor of Ekiti State, Ayodele Fayose, again met with loyalists today, with a clear decision to work with the Ambassador Taofeek Arapaja led zonal Exco to strengthen the party.

A release signed by Lere Olayinka said the stakeholders, drawn from the six states in the South-West zone reiterated commitment to peace and unity in the party, urging stakeholders in the other group to show similar commitment.

“As committed stakeholders in the PDP, we have done what should be done after the congress by congratulating Ambassador Arapaja and extending hands of fellowship to him.

“To us, despite the flaws, we have accepted results of the congress and the onus is now on the other side to reciprocate our gesture. 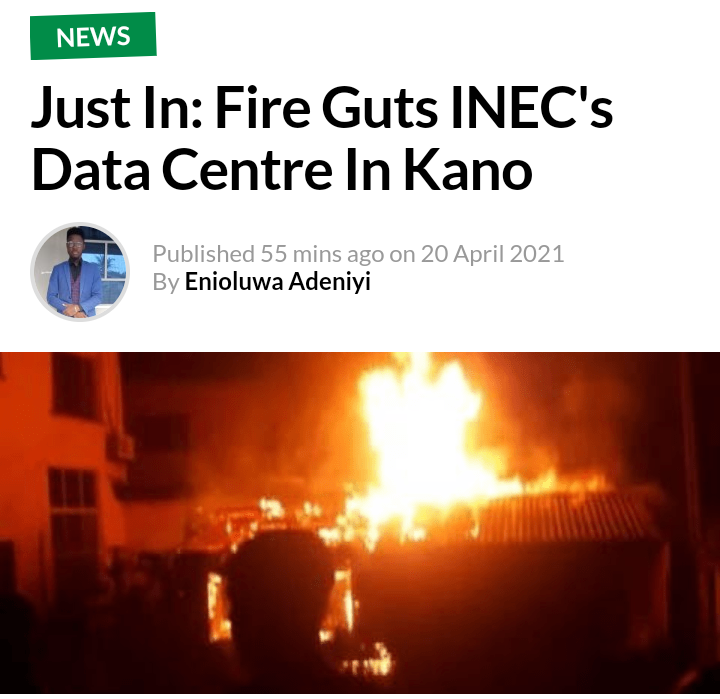 TRAGEDY struck in the ancient city of Kano following a morning fire on Tuesday, which razed the entire Information and Communications Technology centre and an administrative office at the Independent National Electoral Commission in the state.

The Federal Fire Service, Kano Command spokesman, Nura Maigida, who confirmed the incident, said no life was lost, adding that one man, who affected by the inferno, was rushed to the hospital for treatmentThe PUNCH learnt that the fire incident, which started at about 10 am, was believed to have been caused by a spark at the ICT centre of the complex.

According to him, a distress call was put across to both the Federal and State Fire fighters immediately the fire started.

“On arrival, at different intervals, the combined team of the firefighters swung into action and within 30 minutes, the fire was brought under control,” he said. 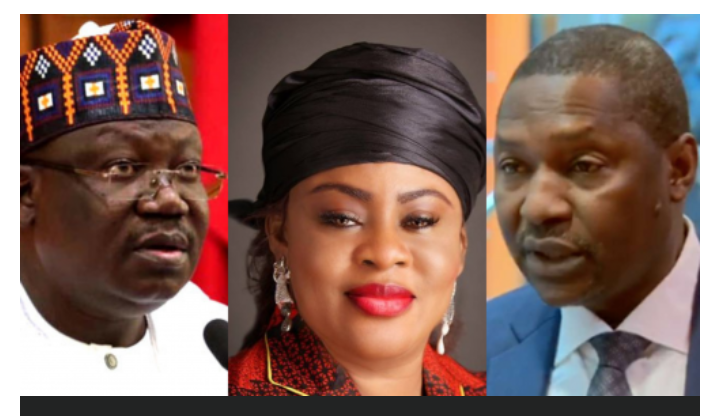 The trial of a former Minister of Aviation, Stella Oduah, by the Economic and Financial Crimes Commission over a N9.4 billion fraud, may gradually be scuttled going by her secret plot with the Senate President, Ahmad Lawan, and the Attorney General of the Federation and Minister of Justice, Abubakar Malami.

SaharaReporters learnt that the trial of Oduah which was supposed to proceed on February 22 could not proceed because the co-defendants with the minister failed to appear before Justice Inyang Ekwo of the Federal High Court, Abuja.