Lekki shootings: "we hope the federal government will not be embarrassed"- Femi Falana SAN

By firstnews (self media writer) | 1 year ago 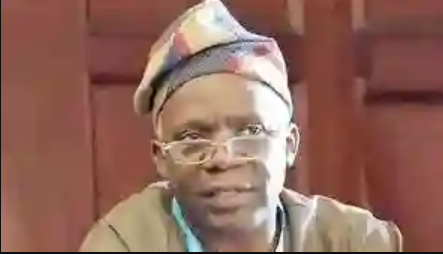 The shooting of unarmed protesters at Lekki Toll Gate has been a mystery as no one has claimed responsibility for it. Although the Nigerian Army vehemently denied the accusations that it ordered the shootings, Femi Falana SAN believes the Nigeian Army has a case to answer.

The civil rights activist was speaking to Arise TV today, the discussion was centered upon the #EndSARS protests. After paying respect to the dead; both on the part of protesters and security officers, Femi Falana (SAN), spoke on the Lekki Shootings and the culpability of the Nigerian Army. According to him

shootings at protesters "should not be accepted".

He expressed that Lagos has a Corona Law and instead of launching a judical enquiry the law should have been activated. He opined that "A scientific approach will reveal the facts".

He when further to advise that the Nigerian Army learns how to manage information. He said this because when soldiers shot at the shiets in Zaria, they reported just five bodies, only for a judicial commission set up by the Kaduna State Government to come with with the figure of over 300 casualties.

He expressed the view that the president may not have mention the Lekki shootings incident in his speech because he was not briefed.

However, he revealed that an independent investigation on the incedent is ongoing. "The facts will come out, we hope the federal government will not be embarrassed" after their denial to the international community.

He submitted that the facts have been emerging that indeed, there were soldiers at Lekki, shots were fired, and now there are reports of deaths.