By Newslove (self media writer) | 4 months ago

According to reports, Gombe State Government appealed to Southern States in the early hours of today to reconsider their stance on Value Added Tax.

You would recall that Southern Governors made it known during their last meeting that they are willing to keep the Value Added Tax generated from their respective states.

This decision was reached after the Southern Governors deliberated on how they can solve the financial and economic crisis in the Southern part of the country.

Earlier today, Gombe State Commissioner for Finance and Economic Creation, Muhammad Magaji, made it clear that Southern states need to be their brother's keeper by sharing the VAT generated from their respective states.

It's believed that the Northern States are also struggling financially and things could get worse if the Southern states decide not to share their generated VAT.

In a statement released on Twitter, Aisha Yesufu made it clear that Gombe State Government doesn't need the help of Southern States.

She believes this is the right time for Northern Governors to explore what they have in their respective states. 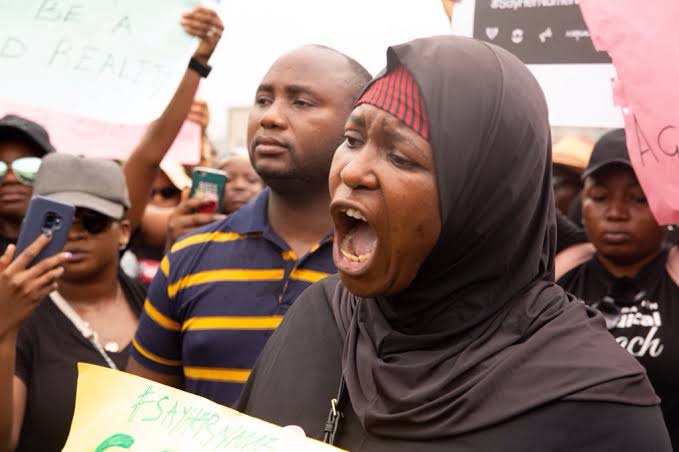 She said: "You have arable land, mineral resources, population. What is your problem?

Why are you sitting by the bank of a river and washing your hand with spittle? Get some backbone and begin to strategise and turn around the region".

There is no need to disagree with Aisha Yesufu's statement.

However, she needs to understand that it would take a lot of time before the Northern Governors can turn things around in the region.

The state of insecurity in the Northern States need to be tackled before the Governors can make any plan to generate internal revenue.