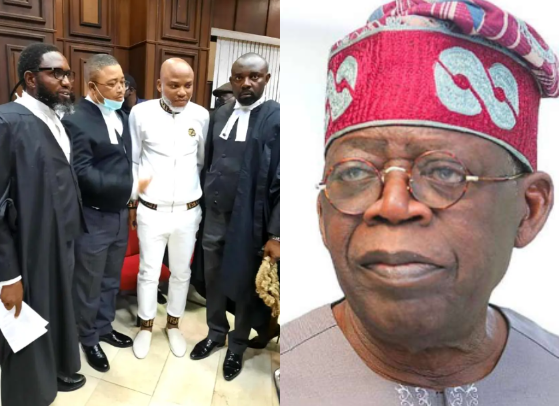 Detained leader of the Indegenious People of Biafra, IPOB, Nnamdi Kanu, has arrived the Federal High Court Abuja for his re-arraingment. 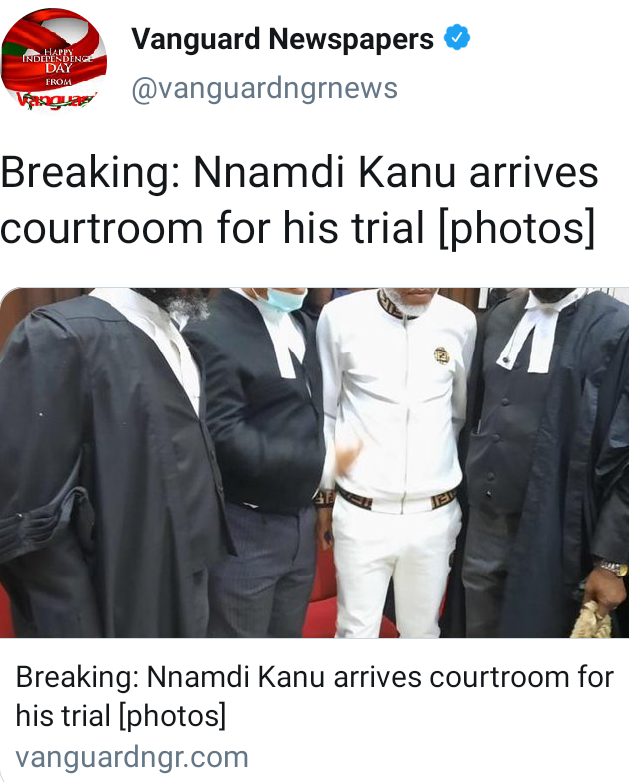 Kanu, who wore a white Fendi designers clothe, was ushered into the courtroom at exactly 10am by security operatives. 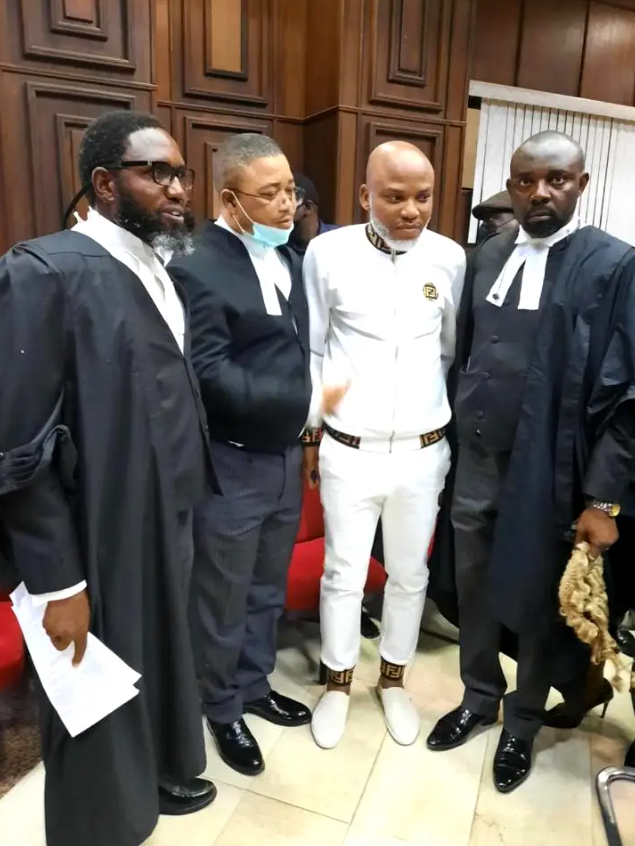 He is expected to take his fresh plea before trial Justice Binta Nyako.

A Northern group, Arewa Youth Alliance for 2023, has thrown its weight behind the presidential aspiration of Bola Tinubu, National Leader of the All Progressives Congress, APC. 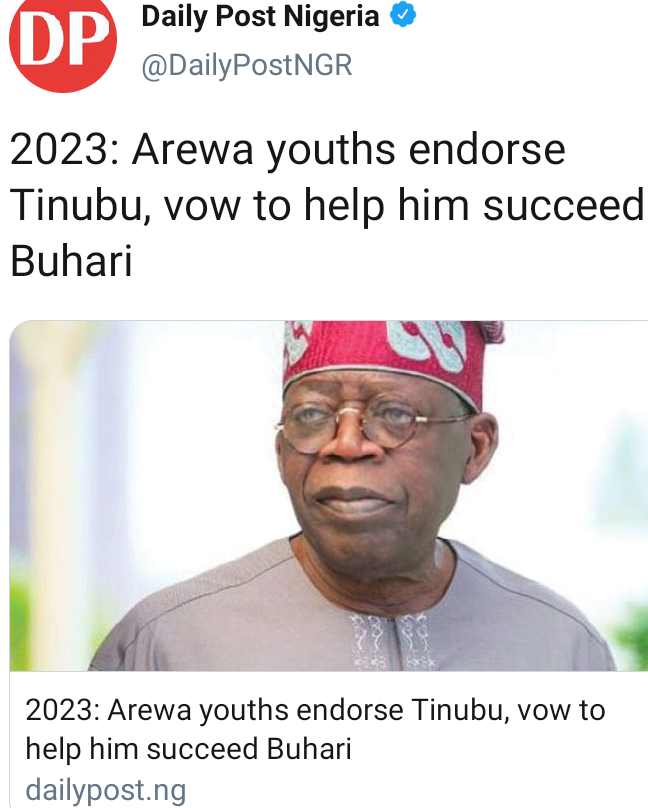 The youths noted that Tinubu was the best presidential material in 2023.

The group’s coordinator, Hon Lawan Bello, said the managerial skill, technical know-how, and national appeal of Tinubu put him in the best position to rule Nigeria in 2023.

Bello said the group would ensure that the former governor becomes president in 2023.

He urged all political parties in Nigeria to adopt Tinubu as the sole candidate for Nigeria.

The Sultan of Sokoto, Alhaji Muhammadu Abubakar, has advocated for an improved mass education system in Nigeria as a way of tackling terrorism and radicalization among citizens. 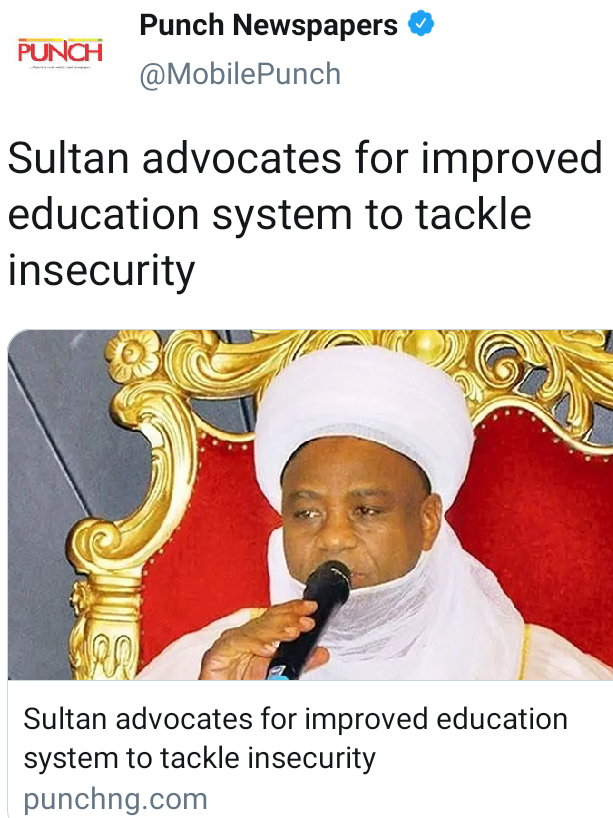 Sultan Abubakar, who spoke on Wednesday during the 2nd Education Submit organised by the Nigerian Army Education Corps held in Sokoto, identified lack of education as major cause of radicalization among citizens which according to him, is having effects on the current insecurity in the country.

He said, “One of the reason for insecurity challenges in this country is lack of knowledge. Most of these perpetrators (terrorists) turned the true knowledge upside down and interpreted it the best way they understood. Just because they lack the requisite knowledge.

Coalition of South East Youth Leaders (COSEYL), an umbrella body of all the youth groups in the South East geopolitical zone has expressed shock at the sudden disappearance of Tordue Salem, a Vanguard Newspaper reporter that covers the House of Representatives. 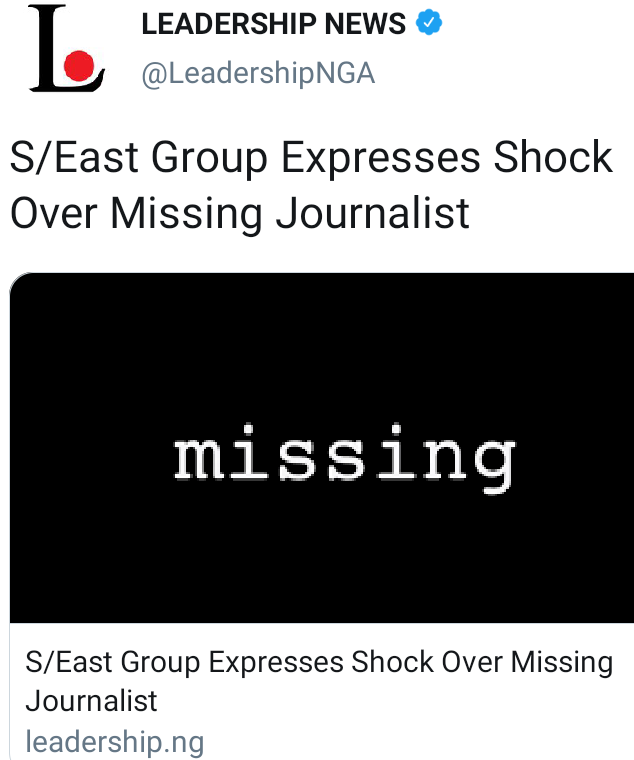 Salem was last seen on Wednesday last week, October 13, and since then, he has neither been seen nor heard from, a development that has generated tension among journalists and Nigerians.

In a statement which was signed by the president general of the coalition, Hon Goodluck Egwu Ibem, the group described the disappearance of the correspondent as unacceptable and demanded that he should be produced within seven days.