Reason why Nigeria's first ambassador to United Nations slept in a UN meeting in 1960.

By Sirax (self meida writer) | 1 months

His name is Jaja Wachuku and he was an eloquent figure from the eastern part of Nigeria who was an Ambassador representing Nigeria in the UN. He was so successful that there was a point where he helped later Nelson Mandela from be sentenced to hanging by the South African government. 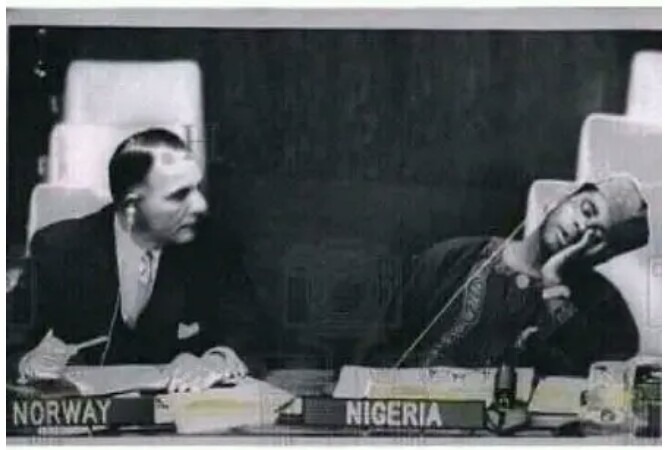 His fame began when he was captured sleeping at a time a United Nations Organizations meeting was holding and his fellow counterparts where given their honorable speeches. The real truth is that, he was never speeching, many people assumed that without proper investigation. While in the meeting, someone made a racist comment and Jaja was not given the opportunity to defend him self. Due to the incident, he decided to pretend sleeping and ignore their meeting, his Norwegian counterparts even tried to wake him up but he refused.

What do you think about the actions of Jaja Wachuku, let us know by commenting below and please ensure to follow and like for more news.

How Klopp, Tuchel and Solskjaer have smartly evaded questions on the European Super League

Pictures Of How A Young Pastor Preached In Pakistan Amidst Heavy Security Men.

Do You Know The Reason Behind The Dark Spot On Muslim's Forehead? Check To Know More

"Minister Pantami Is a Rare gem, the Best Pick of All By President Buhari" -Adamu Garba

Ten tips for a successful interview