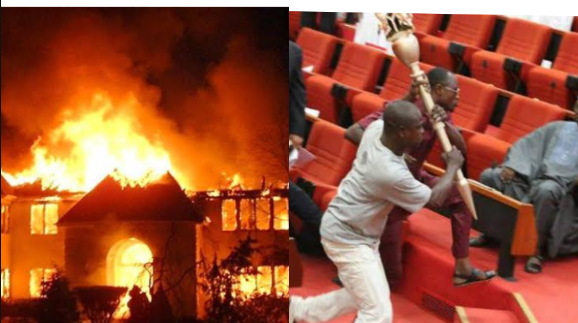 No fewer than 34persons have been confirmed killed and several houses burnt, while several others were injured by unknown gunmen in a fresh attack on Madamai village in Kaura local government area of Kaduna State. 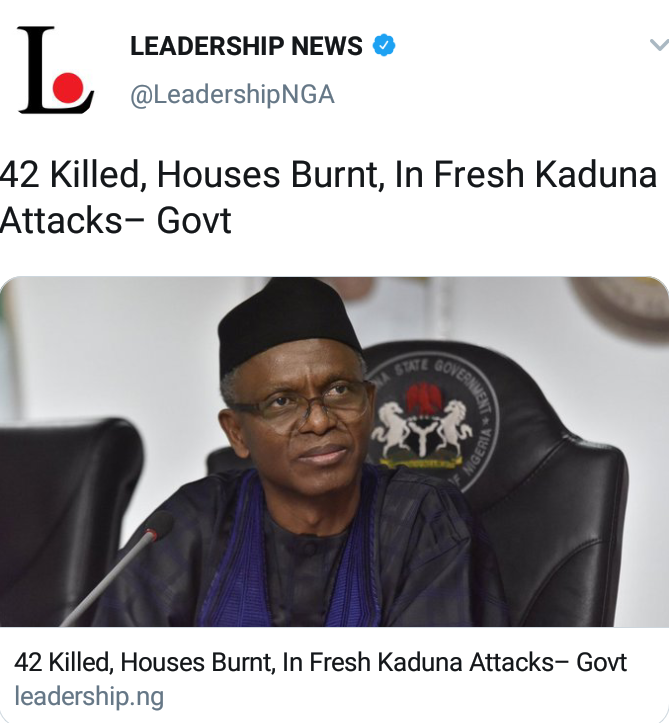 In the same vein, in another attack by unidentified persons in Kacecere village, Zangon Kataf LGA, another eight persons have been reported killed in a reprisal attack.

The state commissioner for internal security and home affairs, Samuel Aruwan while confirming the incidents, said two suspects have been arrested in connection with the attack in Kaura local government and were being questioned.

The House of Representative and the Senate have again engaged in a battle of supremacy over Bills sent for Concurrence.

It was gathered that the House on Tuesday received two bills from the Senate for concurrence but they were stepped down. 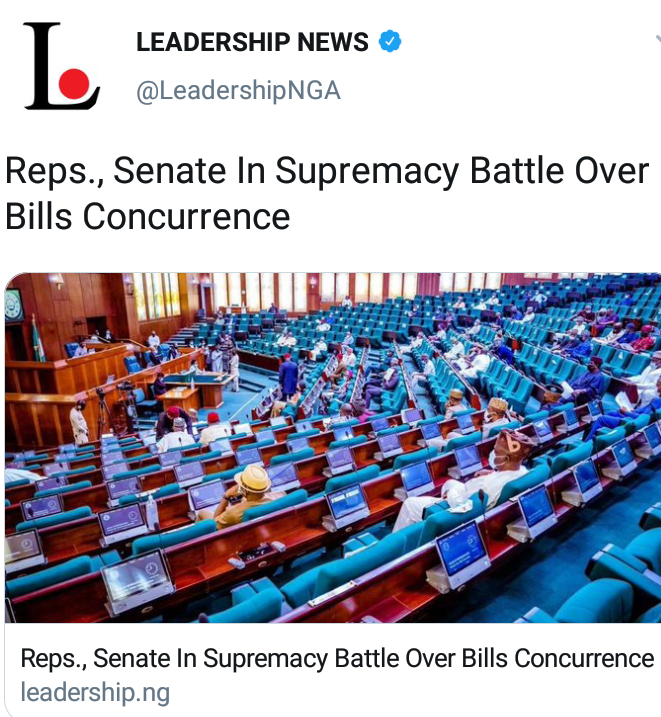 One is a Bill for an Act to Establish Chartered Institute of Directors of Nigeria to Provide Professional Training to Directors and Promote Effective Governance, Public Accountability and Professional Efficiency

The other is a Bill for an Act to provide for the Establishment of Federal University of Agriculture and Technology, at Aboh, Delta.

Stakeholders in the tertiary institutions have called for an education conference where stakeholders will agree on the best template to be used to move the country’s education sector forward. 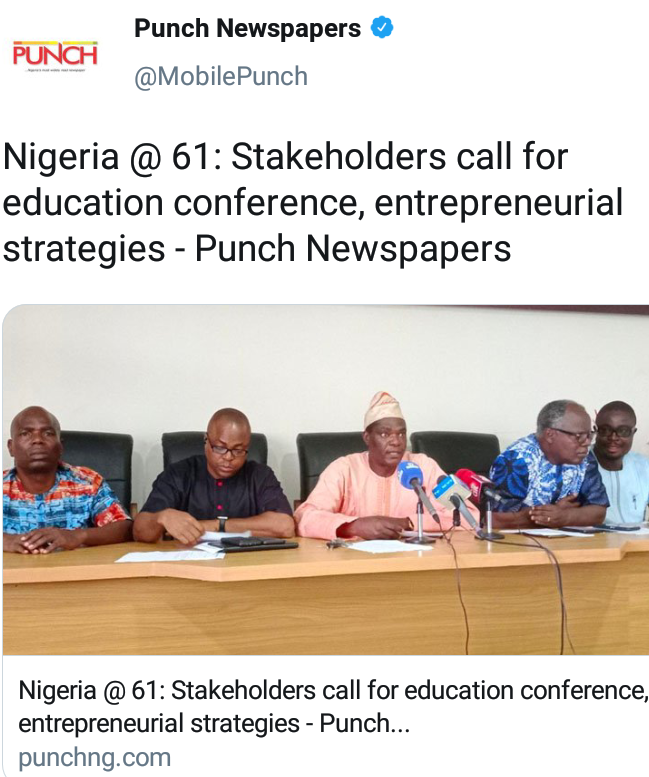 He said, “In 2013, ASUU organised an education summit but unfortunately the outcome of that effort did not go as deep as needed. It’s time to call for an education confab that will bring stake holders together to actually agree on a template that will let this nation move in the path of greatness. It is time to plan for the future and clearly build it.

Abubakar Billy, first son of one of the founding fathers of Nigeria, Sir Tafawa Balewa, says the insistence by Southern Governors that power “must” shift to the South in 2023 is a “weakness” on the part of the politicians in the region. 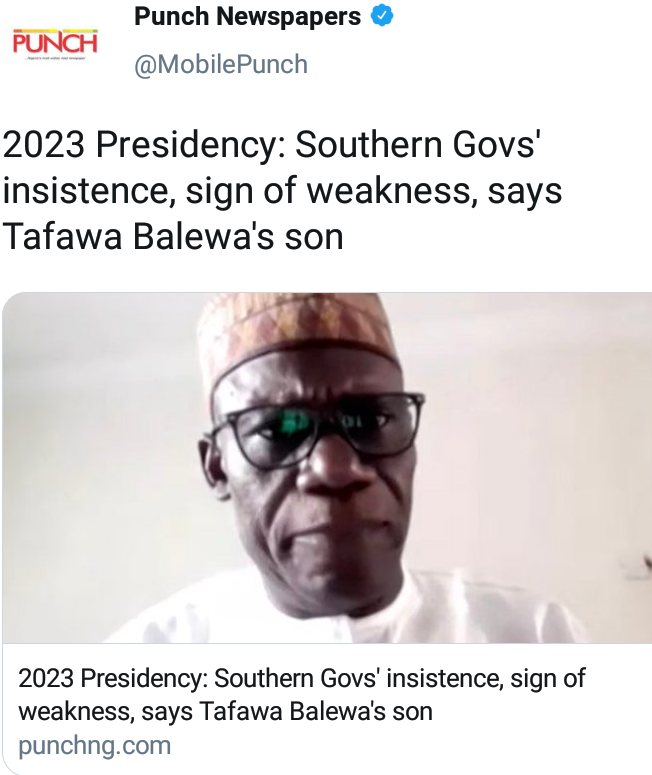 According to him, the 2023 Presidency must be earned by the candidate with a national appeal, regardless of which part of the country he is from.

Billy made this known on Tuesday when he spoke on Channels Television’s ‘Sunrise Daily’ breakfast programme monitored by The PUNCH.

Billy’s father, Sir Tafawa Balewa, was Nigeria’s Prime Minister between August 1957 and January 1966 and one of the founders of First Republic’s party, the Northern People’s Congress.