It is no doubt that the feud between Governor Godwin Obaseki and Comrade Adams Oshiomhole still linger on and this made the governor to defect from the ruling All Progressive Congress (APC) to the Peoples Democratic Party (PDP), in a bid to seek re-election when he was disqualified by the APC.

Prior to his defection and the removal of Comrade Adams Oshiomhole as the National Chairman of APC, the executive governor of Rivers State, Nyesom Wike told Oshiomhole on February 2020 that APC no longer wants him, adding that Adams Oshiomhole is not in the good books of the party's leaders and governors.

Nyesom Wike accused Oshiomhole of acting like a godfather in Edo State when he claimed he was against godfatherism while he was still governor of Edo State. He told Oshiomhole to stop making comments on national issues and said he was desperate to secure his position as the National Chairman of APC. 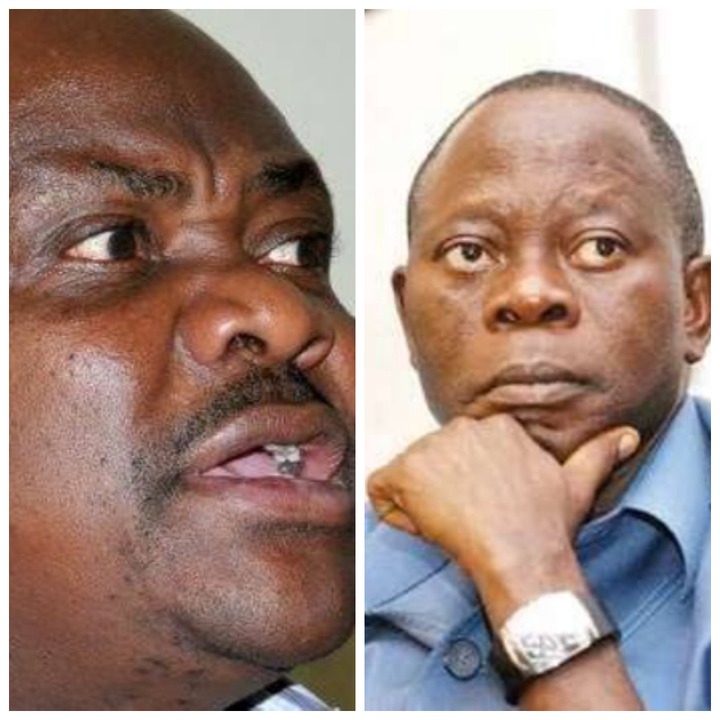 Wike added that Adams Oshiomhole was making statements as if he owned the country and that he should be extremely careful with the way he was carrying on in Edo State.

He said he told him that he doesn't practice what he preaches and faulted his leadership. He added that what he found not pleasing was when Adams Oshiomhole said he has the power to stop anything, adding that the Federal Government should warn him to stop making remarks that will destabilize the country.

Did Oshiomhole actually abused power while he was the National Chairman of APC? Share your thoughts.