Reactions have continued to trail the decision of the Southern Governors to ban open Cattle grazing in the region, and the demand for the restructuring of Nigeria's federal system. It should be recalled that following the communique issued by the Governors after a meeting in Asaba, the Senate President, Dr. Ahmed Lawan alleged that elected officials are not supposed to lead agitations for such. It can also be recalled that Professor Usman Yusuf had equally knocked the Governors for holding such a meeting without first consulting the leadership of the Fulani people. 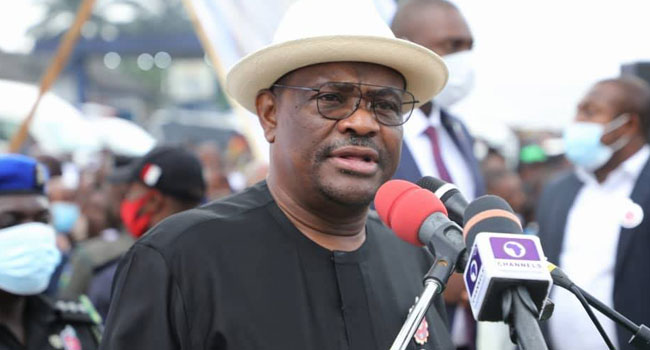 In response to the reactions of some individuals on the decision of Southern Governors to ban open grazing in the region, the Rivers State Governor, Nyesom Wike has stated that nobody will tell him what to do. He went further to state that he has taken a further step to implement what the Southern Governors decided. Governor Nyesom Wike who was speaking at a civic reception organized in his honour by Ogoni Ethnic Nationality of Rivers in Bori, area of the state, maintained that the decision was cast in stone. 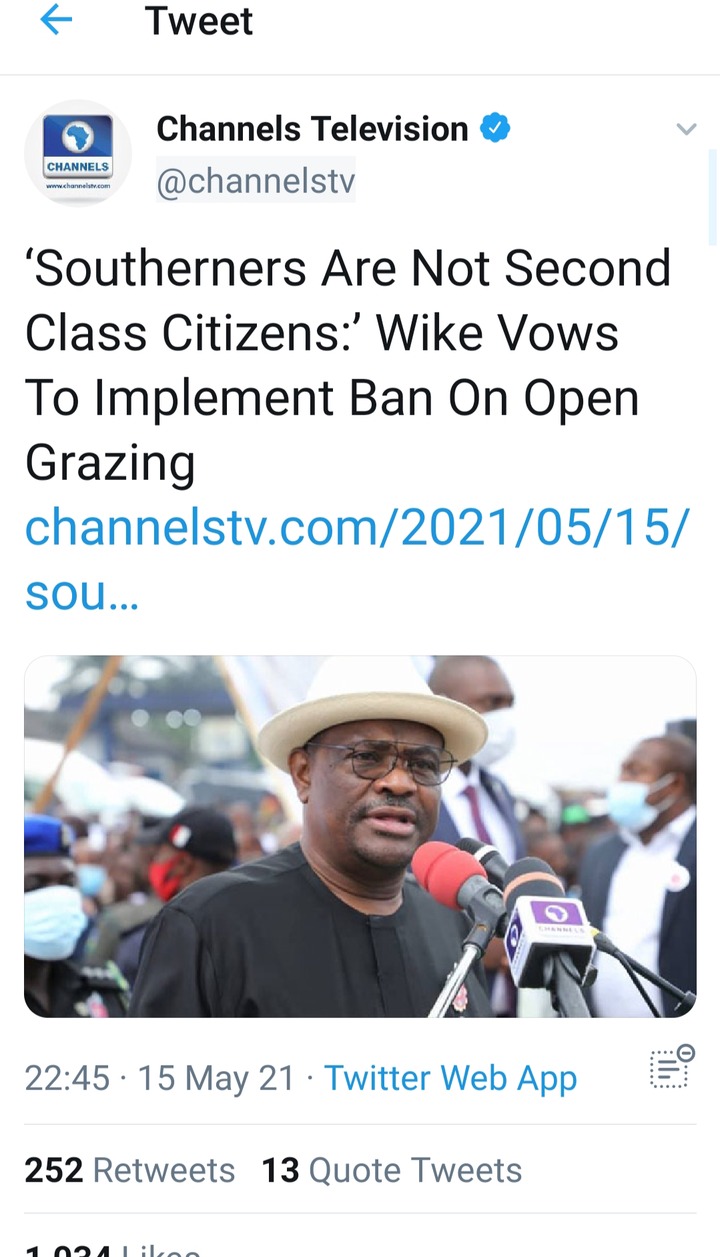 It is no longer news that Herdsmen have been at the centre of attacks on numerous villages across the Southern region of Nigeria. It is in a bid to find lasting solution to the incessant attacks by these Herdsmen that the Governors jointly agreed to ban open grazing in the region. However, this has seen some individuals in some quarters, frown at it. But this has not deterred Governor Wike who maintained that there is no going back on the decision.

According to the report by Channels TV, Governor Wike alleged that they, Southern Governors have taken a decision and there is no going back. He went further to state that "enough is enough; we are not second class citizens of this country. We also own this country, and must partake in what is happening in it".