By Justusben (self meida writer) | 21 days His excellency the executive governor of Rivers State was captured casting his vote today, during the local government chairmanship and councillorship election which took place in Rivers State today being the 17th of April, 2021.

Today has been set outside by the Rivers State government for exercising enfranchisement, the right to vote and to be voted for in as much as you are up to eighteen years old according to the constitution. 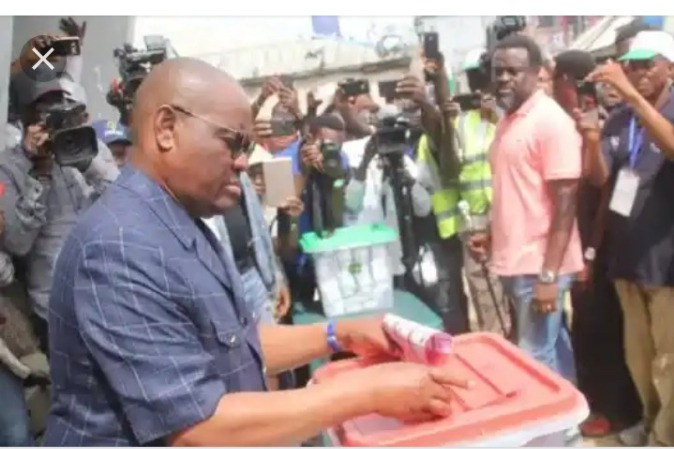 Governor Wike who is currently the number one person in Rivers State, and as a PDP member he will surely cast his votes for the people's Democratic Party.

A lot of people crowded the various polling units/zones in Rivers State today as they exercised their right in order to get new leaders. Here are some other big names in the state captured casting their votes today in the Chairmanship and councilorship elections. 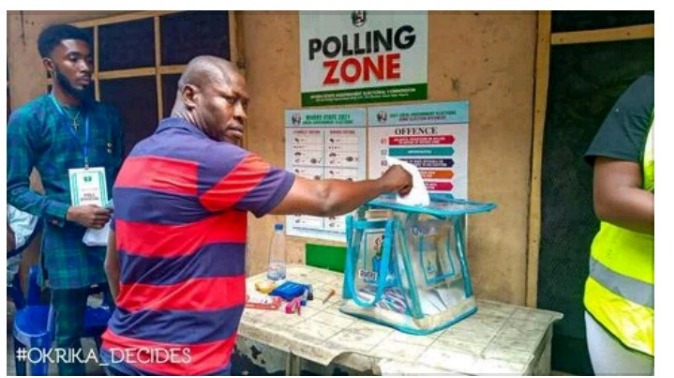 1. The Total Chairman of Peoples Democratic Party (PDP) Okrika LGA, Hon Oba Fred Ajubolaka was also seen casting his votes for the candidates of the PDP for the Chairmanship and Councillorship elections.

2. Honourable Justine Nyewusira who was the former councillor of Ward 15 and also the leader of PDP in Rumuekini community was also captured exercising his right of enfranchisement today. 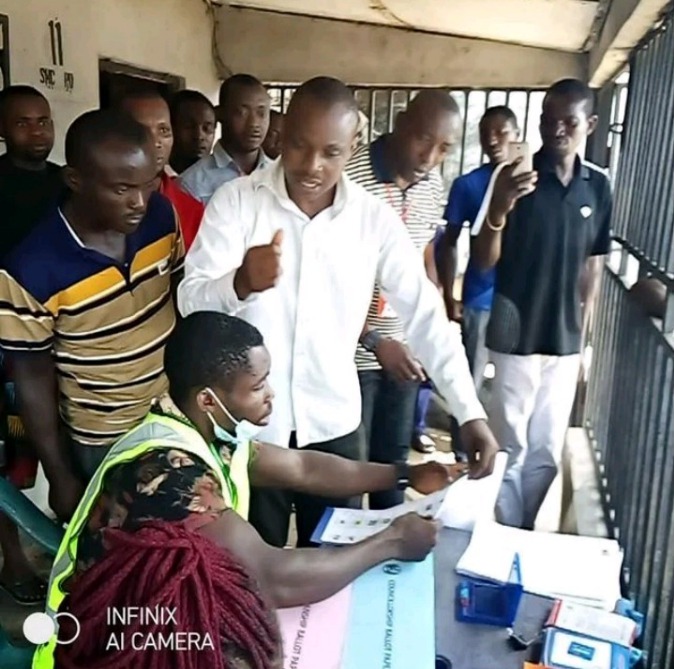 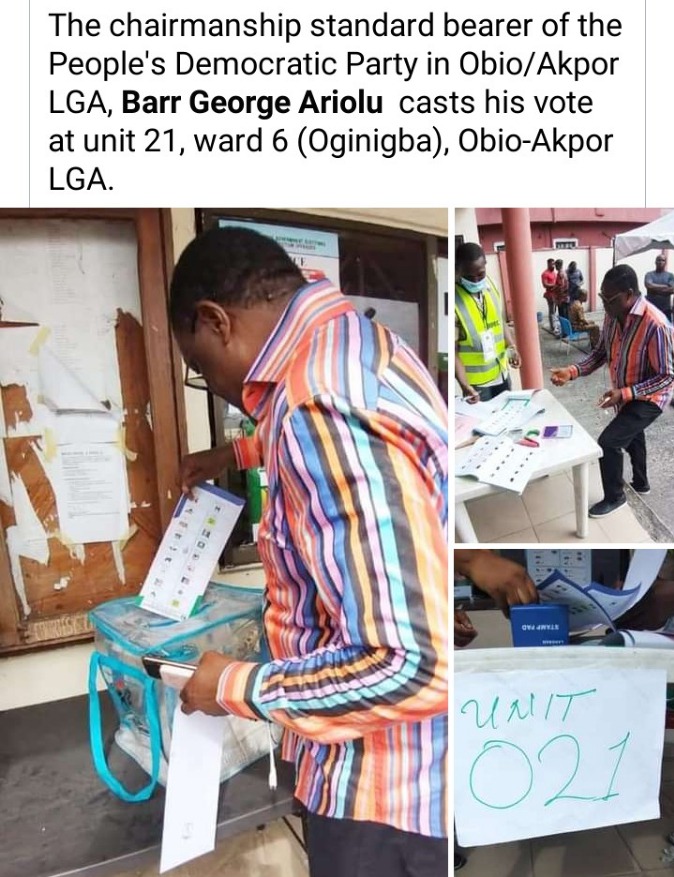 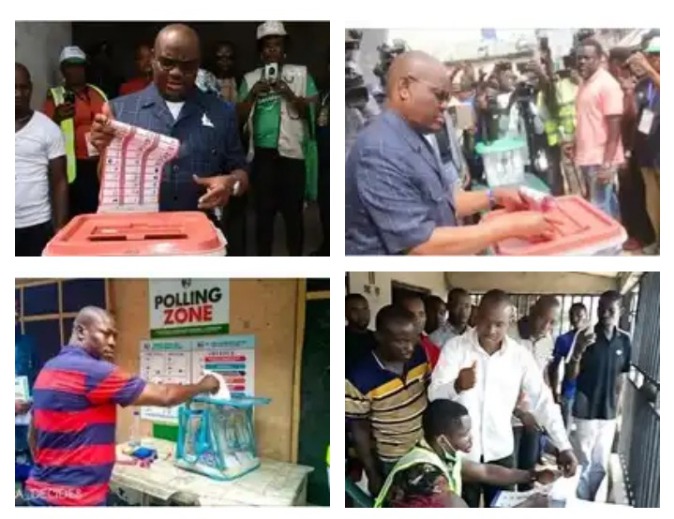