Anambra Government has called on residents of the state to take active precautionary measures against COVID-19, as the state’s confirmed cases continue to rise.

Dr Vincent Okpala, Commissioner for Health in Anambra, made the appeal while speaking with newsmen in Awka on Saturday.

He said that the ministry had concluded plans to collaborate with the Joint Emergency Preparedness and Rapid Response Team to ensure that everybody in the state was not ignorant of the virus.

The Chief of Staff to the Plateau Governor, Mr Noel Donjur, has now tested negative to Coronavirus.

Donjur had earlier tested positive to the virus which led him to go into isolation for treatment in line with the Nigeria Centre for Disease Control (NCDC) protocols.

Mr Dan Manjang, State information Commisioner, made the disclosure on Saturday in a statement signed and made available to the News Agency of Nigeria (NAN) in Jos.

A Chieftain of the people’s democratic party, PDP in Edo state and former commissioner for information in the state Kassim Afegbua says the Candidate of his party in the September nineteen governorship election and Governor of the state Godwin Obaseki scored F nine in govenance in the state and as such doesn’t not deserve re-election for a second term.

Kassim Afegbua a PDP Chieftain from ward five in Okpella Etsako east local government area of the state disclosed this during a press briefing with journalists in Benin city the state capital.

The former information commissioner in the state said he has decided to throw his weight behind the Candidate of the All Progressives Congress, APC, pastor Osagie Ize-Iyamu because he believes in the blue print of Ize-Iyamu tagged the “simple agenda” manifesto which according to him will bring the much desired dividend of Democracy to Edo people.

Lawan denies plans to run for president in 2023 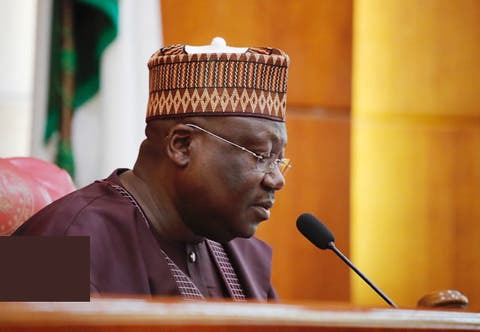 Ola Awoniyi, Special Adviser on Media to Senate President, Ahmad Lawan, says his principal has no plans to run for president in 2023.

The media aide made this known in a statement on Saturday while reacting to certain reports published by media outlets (not The PUNCH) claiming otherwise.

Awoniyi said it is premature for anyone to start thinking about 2023 politics now, noting that the Senate President is preoccupied with extant issues of governance.

The statement partly read, “The attention of the office of the President of the Senate has been drawn to a rather puerile media report that the Senate President, Ahmad Lawan, is making plans to run for president in 2023. The report was first published by the Daily Independent newspaper of Friday, 17th July, 2020 and reproduced later by the Sahara Reporters. A former Speaker of Edo State House of Assembly, Zakawanu Garuba, is dead.

A family source, who did not want his name mentioned, said the two-time member of Edo Assembly died of an undisclosed ailment at an Abuja hospital on Saturday morning.

Born on 23 August 1965, in Akpekpe community, Auchi, in Etsako West Local Government Area of the state, Garuba studied Law at the Obafemi Awolowo University, Ile-Ife, Osun State and was called to Bar in 1990.

He was elected into the Edo State House of Assembly in 2003, on the platform of the People’s Democratic Party.

While in the House, he served as chairman of the House committee on judiciary, human rights, and legal matters