The Movement for the Actualisation of the Sovereign State of Biafra (MASSOB) has reacted to a statement made by Smart Adeyemi, Kogi West senator of which he referred to the governor of Abia state, Okezie Ikpeazu as a drunkard. 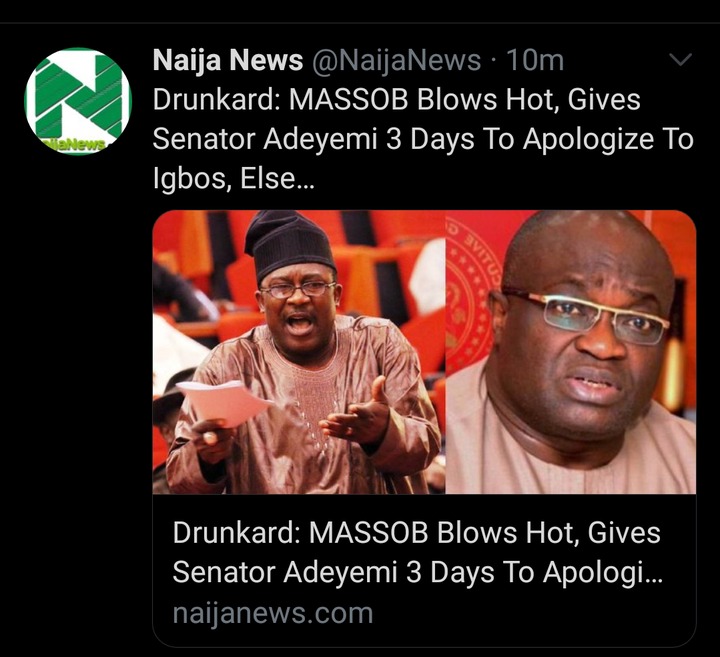 Recall that senator Smart Adeyemi had during the plenary on Tuesday, February 23, 2021, called out Abia state governor saying he has not worked for his people and roads are not constructed in Abia state. He had in the process labelled the governor as a drunkard. This he said while defending the governor of Kogi State, Yahaya Bello whom senator Abaribe tagged as incompetent and not knowing what he is doing despite being a youth.

In a statement made available to newsmen in Akwa Ibom by its leader, comrade Uche Madu where he responded to the statement made by senator Adeyemi on the floor of the Senate, he described such a statement against a sitting governor as an insult to the entire Igbo race. 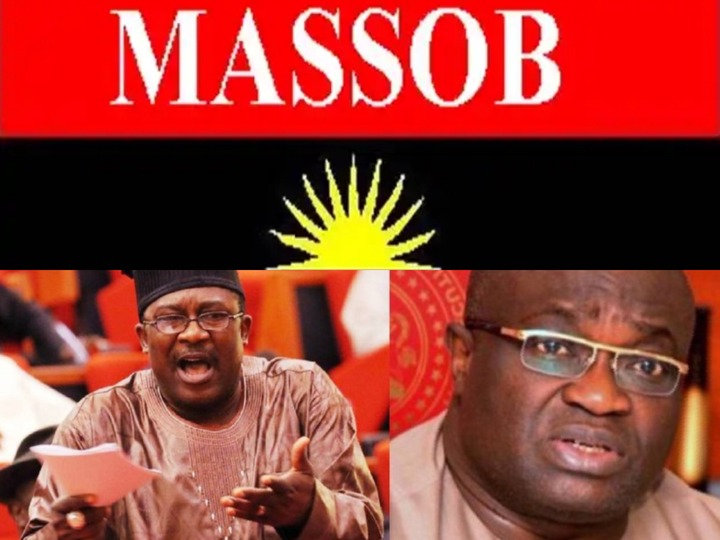 Madu who described Governor Okezie as a good man noted that such a statement was a planned measure to discredit the Igbos and hinder them from contesting the nation's presidency ahead of 2023.

He also asserted that senator Adeyemi's statement was driven by his perceived hatred against the Igbos or that he was sponsored by the enemies of the Igbos for his political ambitions as he has the desire to contest for the seat of Kogi state governor. 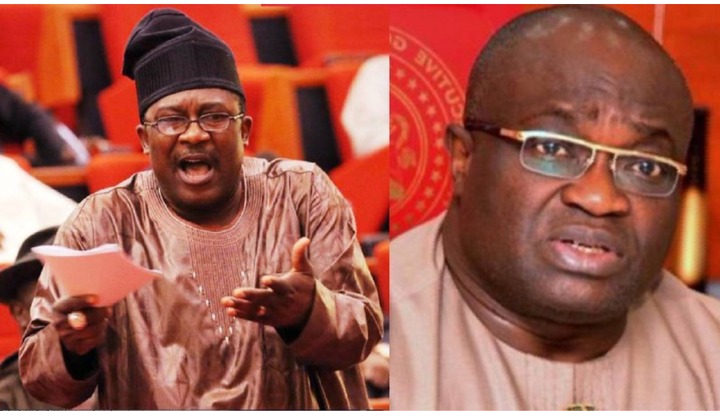 He warned him and every other person who is being used against the aspirations of Igbo people that they are ready for them. He also stated that MASSOB warns senator Adeyemi that he has three days to apologise publicly to governor Okezie Ikepeazu and the entire Igbos or risk sanction including being declared persona non grata in all parts of Igbo land.