Former president Jonathan has arrived Mali for another crucial assignment.

The former president said he is in the West African nation for a peace mission.

Jonathan who is an ECOWAS special envoy said he is optimistic that the peace mission will yield positive results.

Ibrahim Magu has written to the presidential panel hours after he was finally released from detention.

The embattled EFCC chief spoke on the allegations and also made some demands.

Magu is being probed by a presidential panel investigating allegations of corruption and insubordination.

The ruling All Progressives Congress (APC) is set for the Ondo governorship primary election.

All 12 aspirants jostling for the party's ticket have been cleared.

Reports say Governor Rotimi Akeredolu seems to be the favoured candidate of the presidency ahead of the exercise.

Fani-Kayode said if he were still the Minister of Aviation, he won’t hesitate to ruthlessly deal with Yari and throw him into jail.

Magu Not On Trial, Invitation By Panel In His Best Interest —Presidency

Adesina said Magu was only invited by the Justice Ayo Salami-led Presidential panel to his tell his own side of the story.

The Ondo State APC governorship primary election is scheduled for July 20, 2020 while the Independent National Electoral Commission has fixed October 10, 2020 for the governorship election.

Nwaiwu Manufacturers Association of Nigeria, MAN, Anambra, Enugu and Ebonyi States, yesterday expressed satisfaction with the speed of work at the ongoing 2nd Niger Bridge. MAN, however, expressed regrets that in spite of efforts being made by the Buhari administration on power, the sector has remained comatose with Industrialists still groaning under the negative effects of poor power supply and high tariffs. 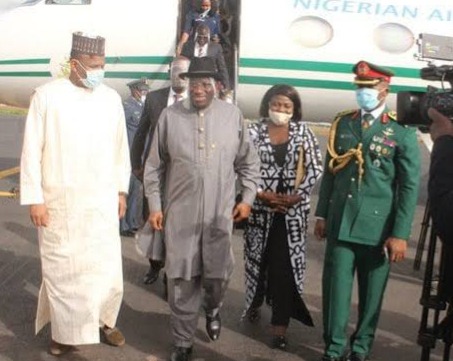 As Ondo recruits 500 personnel By Dayo Johnson & Rotimi Ojomoyela THE Ekiti State Government, yesterday, assured that the recruitment process into its security network code-named Amotekun, would be thorough, transparent and non-partisan. Similarly, no fewer than 500 personnel have been recruited into the Amotekun corps in Ondo State. The Ekiti State government, however, solicited the support of traditional institutions in the recruitment of personnel with proven integrity and character into the security network.

National Assembly, Senate and House of Representatives, insisted, yesterday, that the Special Works Programme designed to create 774,000 jobs for Nigerians remained suspended. The lawmakers, who were visibly angry at President Muhammadu Buhari’s directive to the Minister of State for Labour and Employment, Festus Keyamo, to go ahead with the programme, warned that there would be consequences if the president failed to reverse his position.

He hasn't been brought before panel since last Thursday, says his lawyer Adds he's yet to see allegations against him IGP writes Magu's lawyer, says he has no hands in his detention By Johnbosco Agbakwuru & Henry Ojelu Suspended Acting Chairman of the Economic & Financial Crimes Commission, EFCC, Ibrahim Magu, was yesterday granted bail by the Justice Ayo Salami-led Presidential panel investigating allegations levelled against him by the Attorney-General of the Federation and Minister of Justice, Abubakar Malami,

THE Edo political atmosphere was charged, yesterday as a staccato of accusation and counter-accusation were fired by the campaign organisations of the APC and PDP, and their candidates. The first exchange of brick-bat was over a protest against the deputy governorship candidate of the APC, Mr. Gani Audu when he visited the traditional ruler of his Agbede community.

The Federal Executive Council on Wednesday, projected N12.66 trillion budget for each of three consecutive fiscal years with the approval of the 2021-2023 Medium Term Expenditure Framework and Fiscal Strategy Paper