Opinion: How Wike's Attack On Secondus May Restructure PDP Ahead 2023 Presidential Election

The Governor of Rivers state, Governor Wike Ezenwo has used the occasion of Birthday celebration of former Governor of Cross rivers state, Liyel Imoke to attack the national chairman of the Peoples Democratic Party PDP, Prince Uche Secondus that he lacks capability to manage the Party. Governor Wike stated further that the Party wouldn't have had any problem, if the Prince Secondus has been pragmatic in his Leadership. 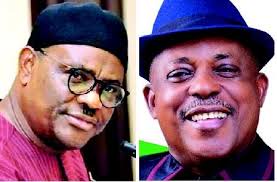 Wike said he was surprised seeing Secondus leaving the venue when he was about to start his speech. Governor Wike reiterated the defection of Governor Ben Ayade to APC to the lack of Leadership of the national chairman, Prince Uche Secondus. He said the crisis could been settled amicably, if the Party did the right thing at the right time. Apart from Prince Uche Secondus, The former Senate President, Bukola Saraki also Present at the occasion. 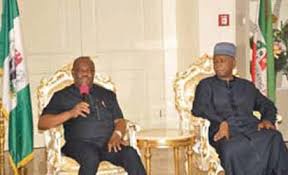 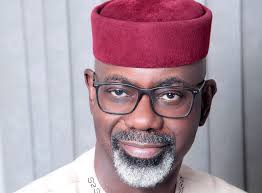 However, Governor Wike may not be Pragmatic enough in his accusations to the national chairman, Uche Secondus but the fact is, Governor Wike is saying the truth and the accusations he levied against the chairman, Secondus is true. Therefore, The chairman will make adjustment before it is too late. If the chairman thinks he truly lacks the capacity to paddle the affairs of the party as claimed by Governor Wike then he can resign from office and another Person will take his position. 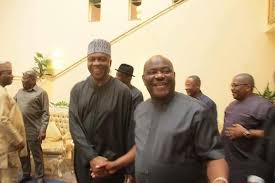 The Peoples Democratic Party has witnessed serious defections within a year. Three Governors have dumped the Party for the APC. This truly shows the Party lacks good leadership. What are the measures put in place by the Party Leaders to end the crisis rocking the Party. Governor Wike's attack on Prince secondus will serve as serious signal to him and other Party Leaders to restructure the Party ahead the 2023 Polls.

The national chairman of the Party, chief Uche Secondus should be pragmatic in his Leadership and carry all the stakeholders along in the Party, to win the future elections in the country. Recalled that, Apart from Governor of Cross rivers state, Ben Ayade, Governor Matawalle of Zamfara state, has also defected to APC within two months that Governor Ayade defected to APC. The chairman and Party leaders should find lasting solution the crisis rocking the party as this will prevent others from defecting to APC.