By Ada_Ivie (self media writer) | 2 years ago

The Air Task Force of Operation LAFIYA DOLE has destroyed a Boko Haram Terrorists’ (BHTs’) Camp and neutralised several fighters in massive air strikes executed at Ngwuri Gana along the Gulumba Gana - Kumshe axis in the Northern part of Borno State. The Coordinator Defence Media Operations, Major General John Enenche said the operation was carried out on 15 July 2020 following Human Intelligence reports indicating that the settlement was one of the locations from where the BHTs launch attacks against own troops’ positions and villages around the general area of Kumshe. [ 96 more words ] - Leadership Newspaper

Taxpayers in Gombe State can now heave a sigh of relief as the State Internal Revenue Service (IRS) has outlined a series of tax concessions and palliatives for them in response to the negative impact of the COVID-19 pandemic which has led to shut down of both government and private businesses and disrupted supply chain. The measure is designed to cushion the negative effects of the pandemic and relieve taxpayers of the burden of tax compliance at this trying moment as announced by the administrator, Gombe State Internal Revenue Service (GIRS), Malam Abubakar Inuwa Tata. The concession, according to Abubakar Tata, include an extension of time for filing of annual returns by individuals... Source: Nigerian Tribune 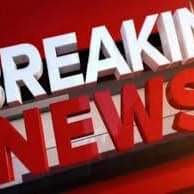