Zamfara: The Emir of Yandoto Set A Dangerous Precedent By Giving His Stamp Of Authority To Criminals

The Emir of Yandoto in Zamfara State has explained why he gave a traditional title to a notorious bandits leader, Ado Aliero. According to him, he did so to achieve lasting peace in the State. This explanation doesn't sound convincing in the least. Bandits derive profits from kidnapping; So how does giving their leader a traditional title end banditry? Bandits are economic opportunists. If the millions they have collected as ransoms from families of kidnapped victims didn't end their heinous crimes against humanity, how does a mere traditional title become the magic formula for bringing this menace to an end? 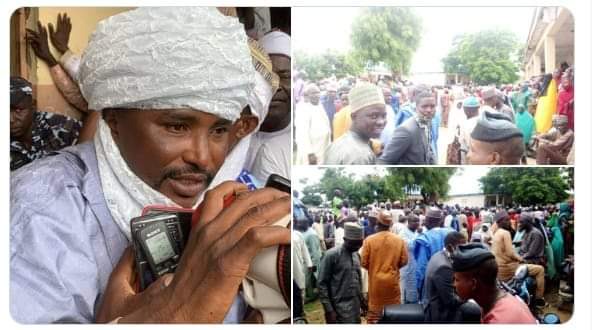 Banditry is the biggest thriving criminal enterprise in Nigeria today. In fact, it has replaced armed robbery as a money spinner. Governor Masari of Katsina State publicly admitted that he spent N30 million as part of a peace deal with bandits. They mistakenly staged a public show weapons surrender to create the impression that the deal was worth it. Unfortunately, the so-called peace deal turned out to be a dog and pony show. Frustrated, Masari abandoned the peace deal and accused the bandits leaders of acting in bad faith. 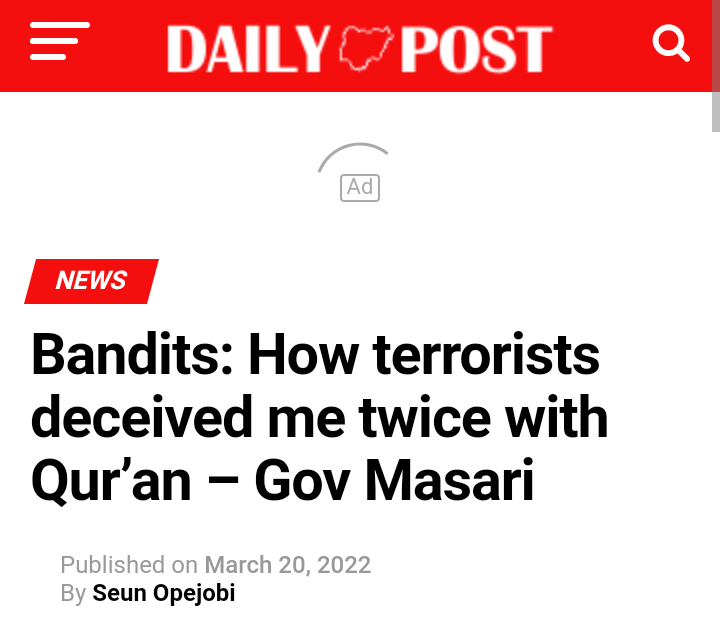 Any peace deal that doesn't entail total weapons surrender by the bandits and abandonment of criminality permanently is worthless. You can't negotiate from the position of weakness. What is giving the bandits the audacity to be treating law and order with contempt is the belief that the government is either powerless or helpless to deal with them. They operate for hours in broad daylight unchallenged.

Kaduna, Zamfara, Katsina, Kebbi, Sokoto and Niger States are currently under siege from bandits. In fact, the besieged communities are coughing up millions as protection fees. They are collecting taxes from the people under the watchful eyes of the government. Farmers have to pay millions to bandits in order to get access to their farms. The bandits are so audacious that they even give the besieged communities deadlines for the payment of protection fees or face attacks. If they don't pay, they risk dire consequences. The government is fully aware of this situation, but the people feel that they have been abandoned to their own fate. As a result, they have to pay taxes to bandits to avoid brutal death.

Therefore, it's naive to imagine that giving bandits leaders traditional titles will end banditry. It's like saying that America should reward drug lords and other criminal gangs with congressional seats in order to protect the public from their menace. The criminal rules by fear. His weapon is the source of his power; he uses it to coerce his victims into meeting his demands. The victims depends on the government to protect them because that is one of its primary duties. The government is better armed than the bandits.

So, why do the bandits and terrorists have the upper hand over the government? The attack on the kuje prison that led to the escape of 65 hardened terrorists has exposed the underbelly of our security system. In serious countries where accountability matters, heads should have been rolling by now. In Nigeria, however, every national security scandal goes unpunished. Here we tolerate and normalise failure or apparent negligence. Such scandals are only added to our national statistics of shame. The Emir of Yandoto has set a dangerous precedent by giving his stamp of authority to criminality. He couldn't have acted out of the so-called innocent intentions.