"There's No Single Charge Of Corruption Against Him In Five Years, He's In Charge of Administration"

"There's No Single Charge Of Corruption Against Him In Five Years, He's In Charge of Administration" 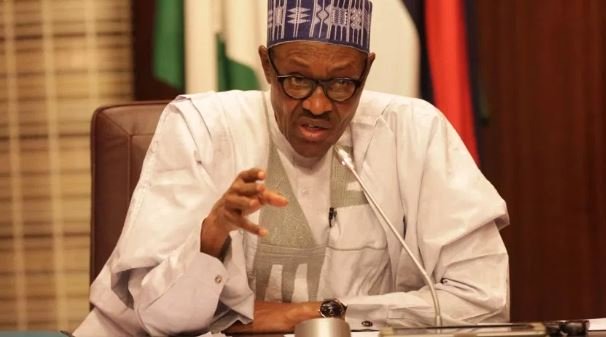 "President Muhammadu Buhari is in control of his administration", despite revelations of corruption, his senior special assistant on media and publicity, Mallam Garba Shehu, said on Sunday.

Shehu said that the fact that the President did not cover any of the alleged acts of corruption showed that the war against grafts was ongoing.

The presidential aide responded to comments and an editorial criticizing the president for increasing charges of corruption in his administration.

"The fact that these unfounded and terribly mischievous attacks can be freely transmitted is itself evidence of the right to freedom of expression that prevails in the country today," he said.

Shehu said that while Nigerians should have divergent views on corruption in agencies, such as the Economic and Financial Crimes Commission (EFCC) and the Niger Delta Development Commission (NDDC), many of the comments were disguised as criticism, objective, but "they are simply speaking The language of the opposition: the people who ruined the country during its 16 years of corruption on an industrial scale."

He added: "The government was the first to point out the obvious shame that possible acts of evil by EFCC leaders would cause the administration.

"The question to ask is: Did you expect the president to put a curtain on these alleged scandals by failing to order audits and investigations? And so that they turn around and accuse him of covering up?

"Covering and not ordering audits and investigations as the President did would amount to a historical betrayal of the mandate and the faith placed in it by Nigerians.

"The integrity, and honesty of President Buhari are intact and well known. Let us remind these so-called editorial writers that ECOWAS, the African Union and the international community at large recognized President Buhari as the Champion of the Anti-Corruption Fight in Africa. .

Nigerians are convinced that he is honest. They voted for him as president in the context of corruption, paralysis of public policies, and the growing threat of terrorists threatening to seize a considerable part of the nation's territory.

"As many detractors have done lately, these "influencers", "celebrity columnists" and "editorial comments" do nothing more than support the opposition's completely fallacious position that the President is not in charge of his government.

"Sometimes, we are forced to wonder if some writers are aware of the implication of the words for the strategic and territorial interests of the nation.

“In his five years in office, there is not a single corruption charge against him.

"As the country's leader, President Buhari understands and bears the full weight of the solemn oaths he took to defend the nation's constitution, its citizens, and its territory.

"Disinformation is not a viable option for the opposition. The Buhari government has done nothing to justify these criticisms."