By Jamesplug (self media writer) | 10 months ago

Former French President Nicolas Sarkozy has been handed a 3 years jail sentence over allegations of corruption by a French court today Monday. The former French president Nicolas Sarkozy who led France from 2007 to 2012, is accused of offering a plum job in Monaco to a judge in exchange for inside information on an inquiry into his campaign finances. 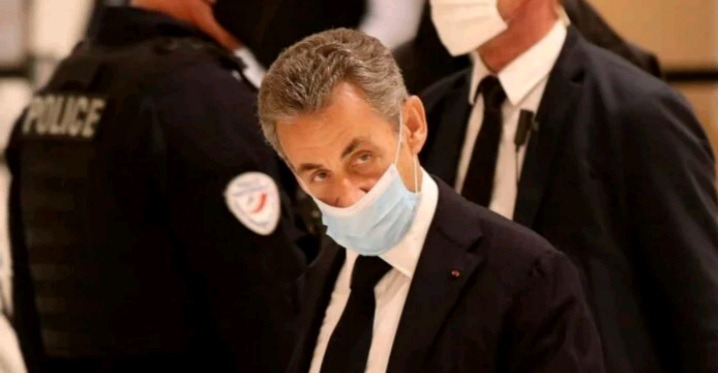 Prosecutors say Nicolas Sarkozy and Herzog tried to bribe judge Azibert for information on an inquiry into claims the former leader had received illicit payments from L’Oreal heiress Liliane Bettencourt during his successful 2007 presidential campaign.

Prosecutors were demanding that the 66-year-old Former French president be jailed for 4 years. However, in the verdict issued toad the Former French President Nicolas Sarkozy would face just a year behind the bar after two years of three years sentence is them suspended.

Sarkozy’s long-running legal battle shattered his 2017 presidential comeback. But he has ridden on a wave of popularity since announcing his retirement from politics in 2018. Frend President Nicolas Sarkozy would become the second French president to be put on trial after leaving office. Sarkozy political mentor and French President Jacques Chirac was put on trial after leaving office, but he was excused from having to attend his 2011 corruption trial because of ill health.

Chirac was accused of creating ghost jobs at the Paris city hall to fund his party when he was mayor. He received a two-year suspended sentence.