Ngige Vs Faleke:Babajide Speaks On Alleged #1.2b NSITF Budget Padding In The Ministry Of Labour 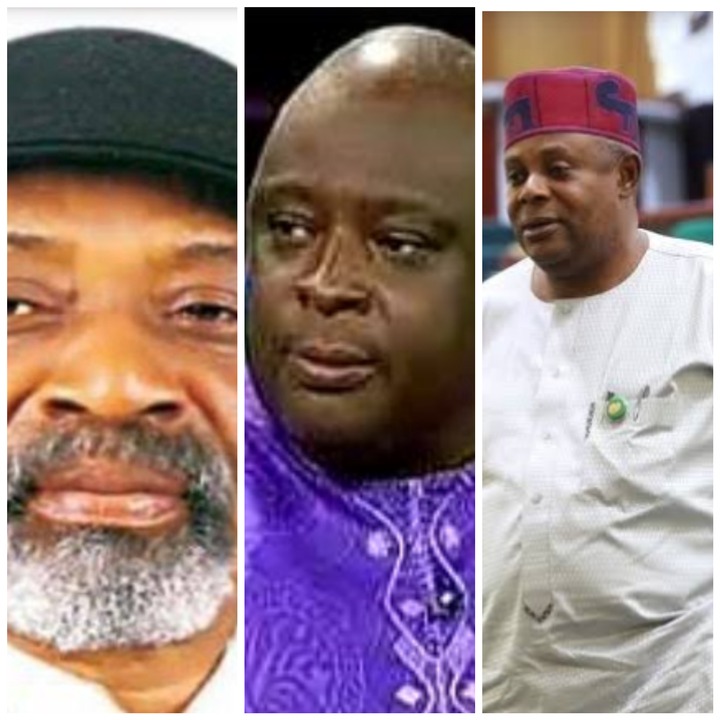 Ngige Vs Faleke:Babajide Speaks On Alleged #1.2b NSITF Budget Padding In The Ministry Of Labour

However, one of the suspended officias, Mrs. Olukemi Nelson has accused Ngige of fraudulently inserting #1.2b and 5 SUVs into 2020 budget of NSTIF in the Ministry of Labour and Employment.

Their suspension looks suspicious and has been trailing with series of reactions from Nigerians.

Moreso, a serving member of House of Representatives representing Lagos, Ikeja Constituency,James Abiodun Faleke did not hide his feelings about the suspensions of these three top officials.

Faleke asked his colleagues on why would Ngige singlehandedly sacked CEO NSITF. Without following due process. He said Ngige has no such power to carry out such decision. It is only the President that has the power to appoint and sack or Secretary to the President of Federation having taken instructions from the President to do so.

Senator Faleke said the Honourable Minister has abused his office and if he was the President he would get him remove immediately.

Below is a quick summary of Faleke's allegations against Ngige on the floor of Senate. Faleke said that

1. Ngige inserted #1.2b into 2020 budget for the Ministry of Labour and employment in which he is serving. Simply put, Ngige padded the budget.

2. Ngige wrote allegations against the three top officials of NSTIF mentioned above, which is under the supervision of Chris Ngige.

3. Ngige removed the three of them so as to implement that budget.

4. Ngige again singlehandedly forced NSTIF to but vehicles worth #305 million(Land cruiser and Hilux) for him in 2019 despite official convoy vehicles attached to his ministry.

6. Ngige took advantage of his wife working with head of service and took approval signed by his wife for a #100 m annual insurance broker.

Responding to this on TVC, Babajide responds thus:

Ngige clearly wants a group of people who would listen to him. The chairman of the NSTIF board would readily listen to him but the MD and two, directors that he suspended are clearly opposed to his idea that he came up with.

Remember that Ngige and former chairman of APC had issues in the constitution of boards. That was why Adams threatened him that the President would not deal with it at a party level.

From what I am seeing, some Ministers in this administration are clearly becoming 'Lords' to themselves. They are almost now like the people you can't control.

It is not a good sign that we are seeing this. Some would say it is because of Abba Kyari absence. The truth is things didn't get bad when Abba Kyari was there. We must give that credit to that man.

Funny enough, Ngige was threatening that he would sue Faleke. Of course, he is not a lawyer. If he were a lawyer, he would know that whatever they say at the hollow Chamber.

The truth is that let follow due process. You don't have the power to sack them.

Do you agree that Ngige should be removed immediately as opined by Senator Abiodun Faleke?

What can you say about Ngige with all these allegations levelled against him?