By Masskz (self media writer) | 1 year ago 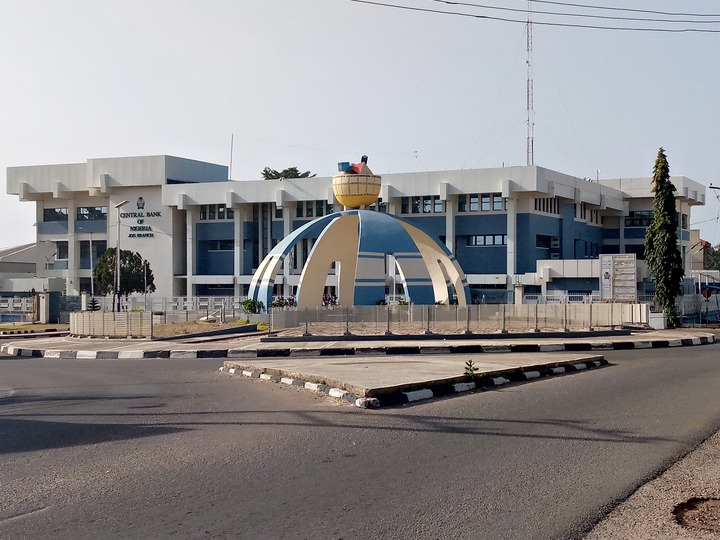 Over N100million meant for the offset of responsibility allowances for a special government committee set up to produce the first ever data on staff statuses and progression in Plateau State has disappeared, inside sources have alleged.

On completion of its assignment in June 2013, an additional task was given for the commitee to study both secret and open files of staff, active and out of service, in all the seventeen (17) Local Government Councils of the State and the LG Service Commission’s headquarters.

The committee was tasked to capture all records that relate to staff establishment status. This includes data from the establishment of the system in the 60s and 70s. It was also to establish and comment on any abnormalities on staff records regarding progression, cadre and other relevant service matters. Furthermore, the commitee was to suggest queries and/or discipline for any anomalies in the system. The assignment included a staff evaluation of the State’s Universal Basic Education Board. 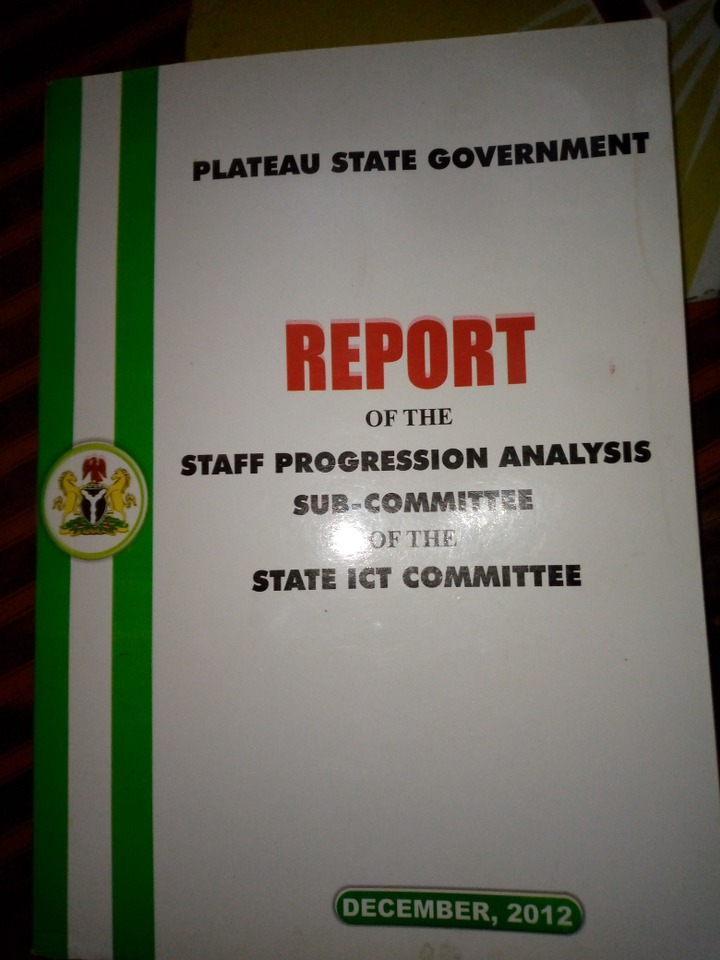 In all, the committee treated over 60,000 staff files, completing its assignment in August 2015. Its reports are said to currently save the State over N400million monthly from ghost workers, in addition to identifying over 3000 existing vacancies, which the State attempted to fill in 2019 but was overwhelmed by over 50,000 applications.

The reports have also led to massive reforms in salary, pension and entitlement payments, placing the State among few in Nigeria with the most motivated workforce. Similarly, it was on the committee’s recommendation that the State in 2015 established separate Ministries for Secondary and Higher education, the first in Nigeria, which have stabilized both systems, placing the State top in education.

The Plateau State Local Government Service Commission (LGSC) in June 2020 conducted its first general staff transfers in decades, also drawing from the committee’s assignment. 7,551 out of the 10,378 unified staff across the 17 LGCs of the state were shuffled, following demands by the Nigerian Union of Local Government Employees (NULGE), Medical and Health Workers Union of Nigeria (MHWUN) and National Association of Nigerian Nurses and Midwives (NANNM) on “No Work, No pay”, Staff Promotion, lack of conversion and the transfer of Staff who had spent more than five years in a particular station. 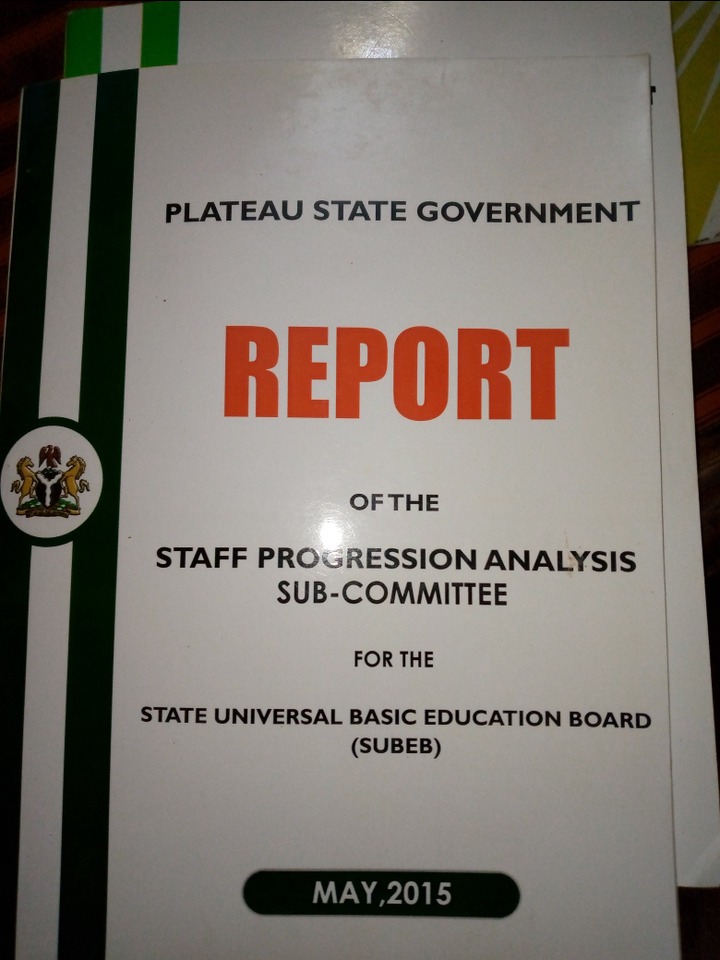 Each of the 43 members of the committee, was entitled to N4.5million each for the staff evaluation of the State Civil Service Commission, Local Government Service Commission and State Universal Basic Education Board for the three year period of the assignment. The Government however, made slight downward reviews to the initial total sum of about N200million, due to shortage of funds, but made releases within weeks of the Committee's submission of report, it was gathered. This followed a memo to that effect by the then Permanent Secretary, Local Government Service Commission, Mr. Fabian Ntung.

Mr. Ntung who was nearing retirement at the time, reportedly handed between N70,000 and N80,000 as “Governor’s Christmas gift” to each of the committee members, his biological brother included, in December 2015, "pending" the release of the “outstanding” allowances. 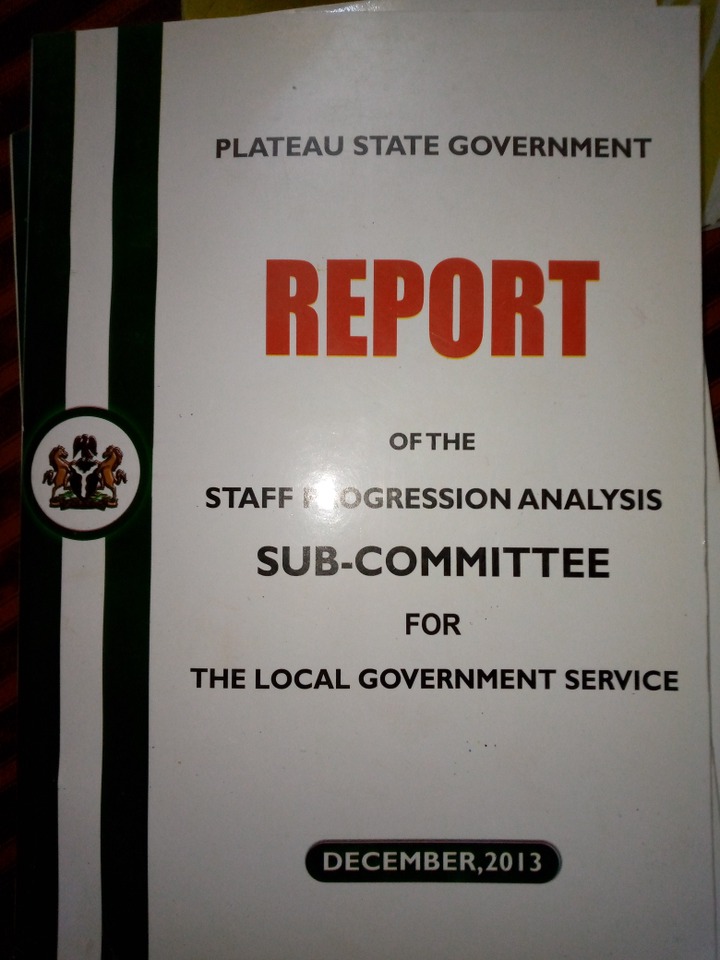 Five of the committee members died during the assignment, with another two, passing after the assignment. Their allowances were to be given to their family members, but Mr. Ntung reportedly told inquiring Civil Service Officials that the State was bankrupt and unable to pay the allowances. When asked to produce a copy of the memo approved by the Governor, the then P.S. allegedly declined. Sources however say the memo and all related documents misteriously disappeared from all government offices soon after, till Mr. Ntung retired.

At the moment, there are no direct links between Mr. Ntung, who is the current Chairman, Plateau State Independent Electoral Commission and the disappeared funds, but his alleged refusal to avail copies of the approved memo for the payments leaves questions to answer. The State Government might do well to prove its stance against corruption by investigating and acting on the issue, to maintain integrity and prospects in future elections.