By Charlysac (self media writer) | 15 days ago 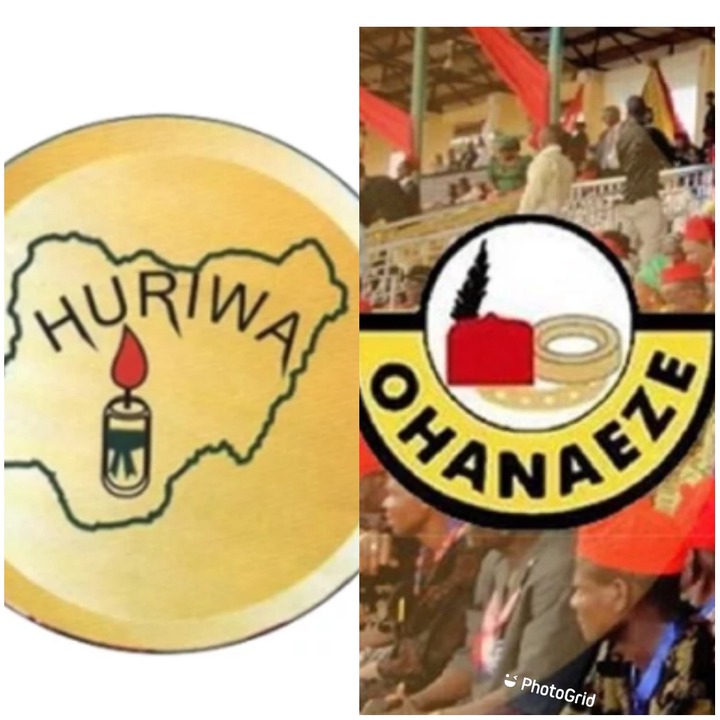 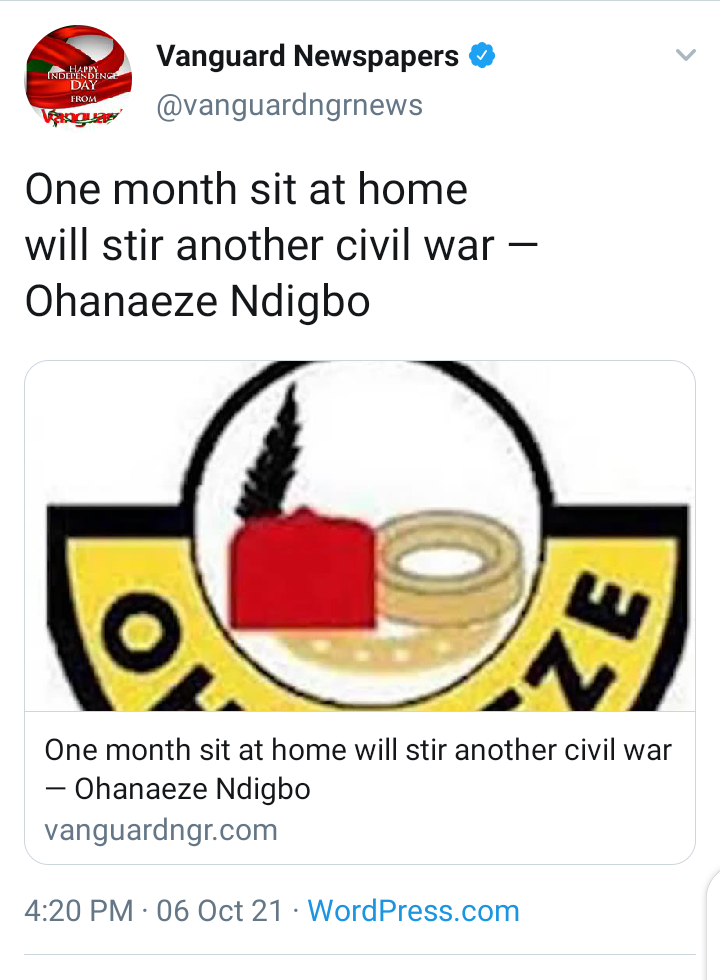 Ohanaeze Ndigbo Worldwide laments on the ineptitude of the southeast political leaders to show bravery, heroism, and political will to voice the truth to President Muhammadu Buhari on where he is not getting it right in the southeast remains the adversities and calamitous impediments that had befallen the IGBO ” Ndigbo are cognizant of the fact that Abuja holds the remote controls of most actions of the southeast politicians, most of the southeast Governors are reluctant to make sacrifices for the southeast, they are inclined to trade off the Igbo’s interests for Abuja’s enticements and inducements, in compensation for doing Abuja’s bidding and interests in the East.” 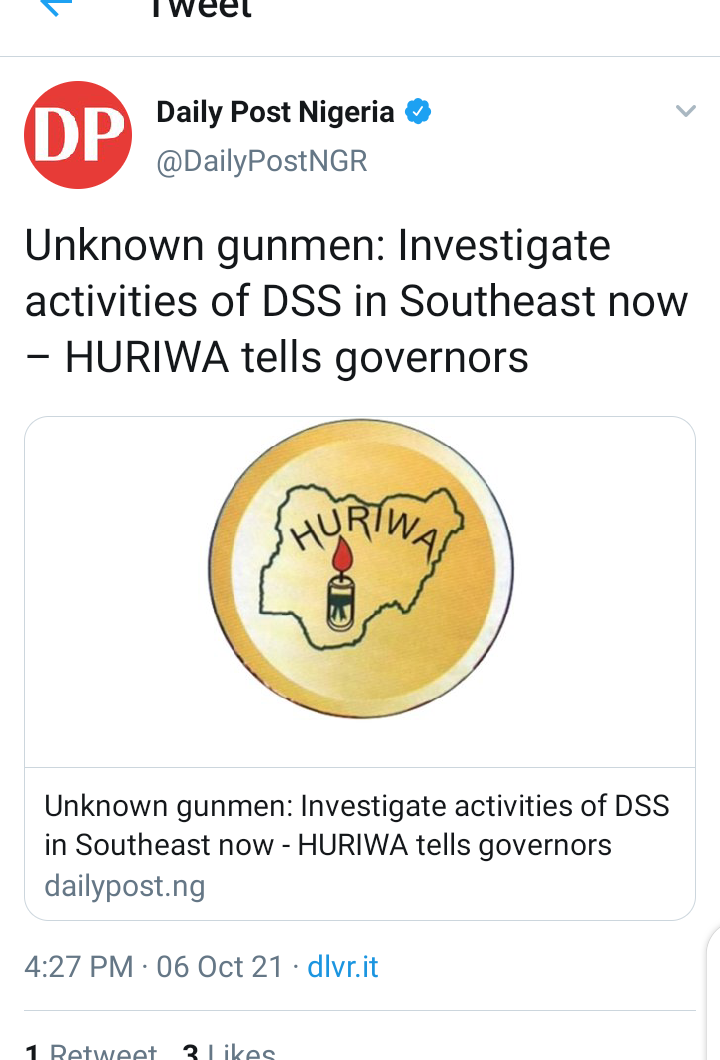 The Human Rights Writers Association of Nigeria, HURIWA has called on Southeastern Governors to investigate the activities of the Department of State Services, DSS in the region over the alleged killing of residents.

The rights group stated this while reacting to reports making the rounds that a DSS operative was gunned down by a police officer who was confronting unknown gunmen in Imo State on Tuesday.

According to HURIWA, the reports indicated that the Nigerian secret police may be part of the unknown gunmen wreaking havoc in the region 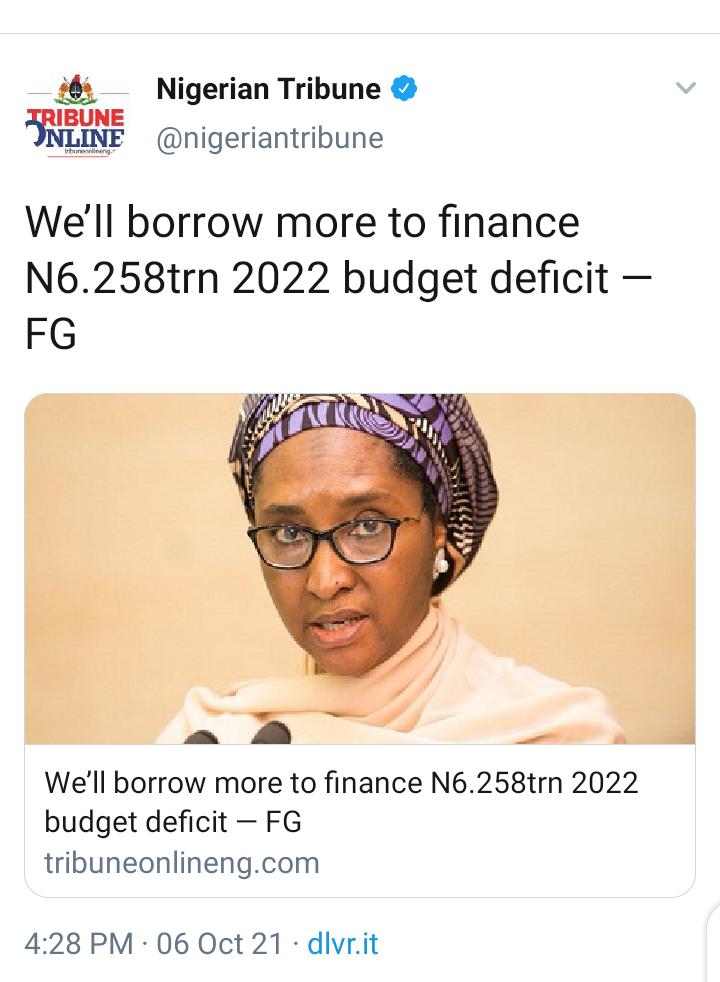 Amid outcry against frequent borrowing, the federal government has spoken of its plan to do more borrowings to finance the N6.258 trillion deficit in the proposed 2022 budget.

This is coming as the Federal Executive Council (FEC) approved the 2022 Appropriation Bill for an aggregate expenditure of N16.39 trillion.

The Minister of Finance, Budget and National Planning, Mrs Zainab Ahmed, who disclosed the council’s approval at Wednesday’s meeting presided over by President Muhammadu Buhari, maintained that government would continue to borrow to fund infrastructure projects as it does not get enough from its revenues. 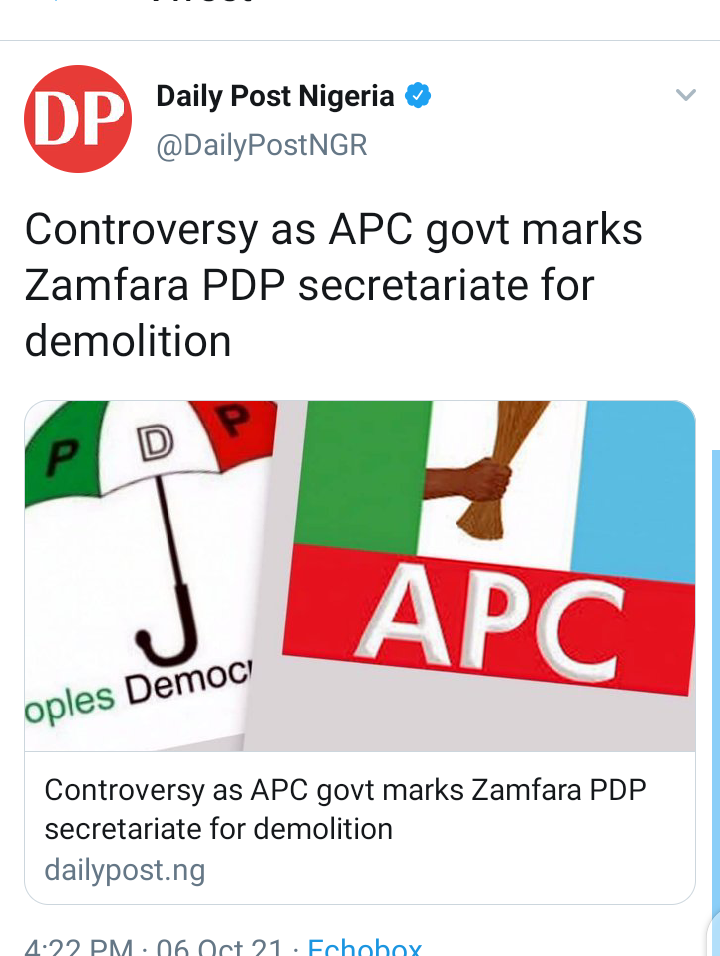 The Zamfara State Urban and Regional Planning Board (ZURPB) has marked the secretariat of the Peoples Democratic Party (PDP) and other structures as illegal and set for demolishing.

Addressing newsmen at the secretariat, the spokesman of the Deputy Governor’s office, Umar Aminu Gusau expressed shock over the marking of the structure as illegal and ordering the stoppage of the activities at the secretariat.

He alleged that the secretariat was marked illegal structure due to political differences in the state, saying that the present administration does not want any opposition.