By FrankWrites (self meida writer) | 8 days 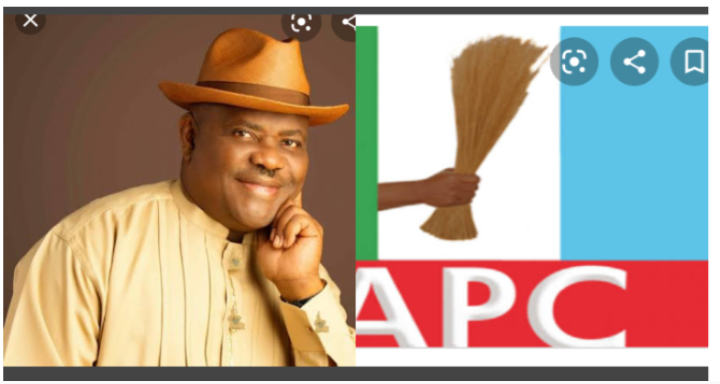 It's important to know that Ofuka defected with about 1,000 of his supporters in Bendeghe Ward (Etung Local Government Area of (LGA) of the state) during a ceremony on thursday. 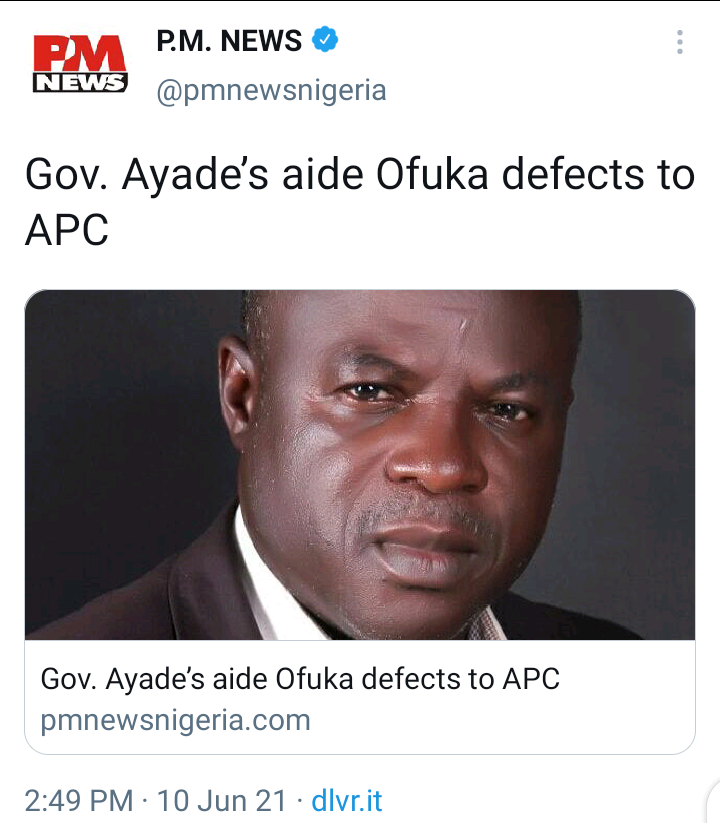 While speaking after his formal registration, Ofuka said that his decision to decamp from PDP to APC was in solidarity with the governor, who left PDP for APC. 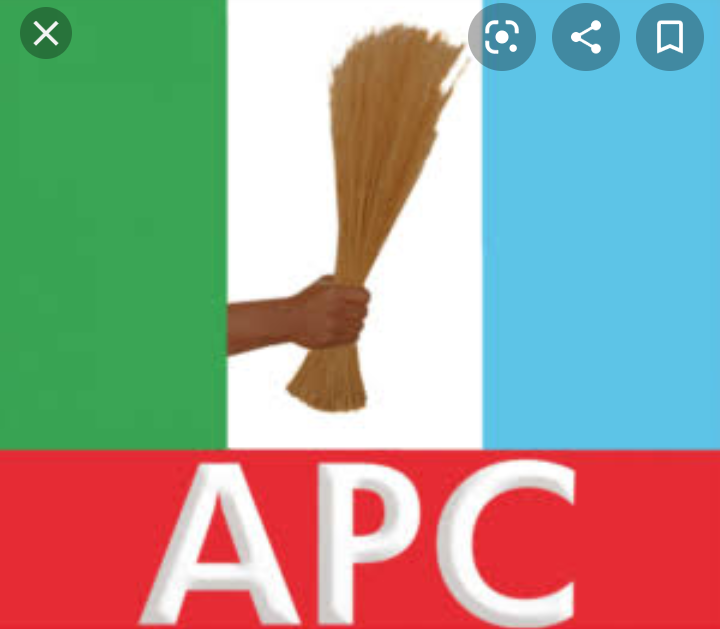 However, the special adviser urged other politicians in the state to move with the governor in order to attract critical infrastructure to the state.

Recently, Governor Nyesom Wike revealed that the state government will implement the "no-work-no-pay" policy on judiciary workers for the first week of june. 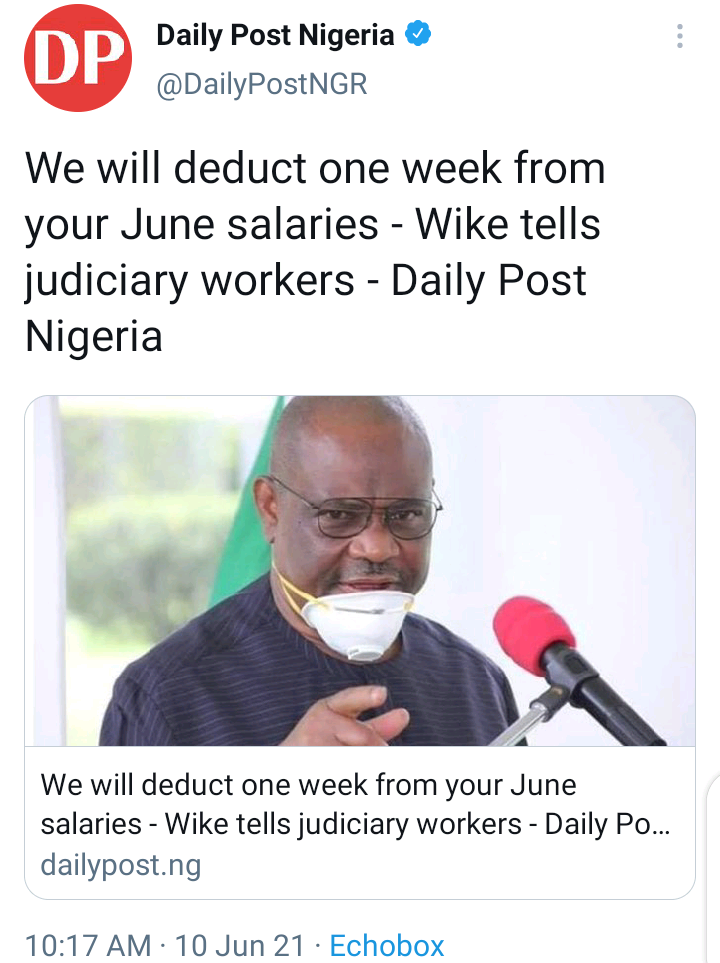 It's important to know that this information is coming after JUSUN (Judiciary Staff Union of Nigeria) called off its nationwide strike which lasted for 2 months. 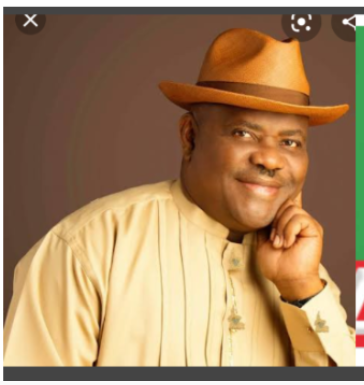 However, in a statement released by his media aide (Kelvin Ebiri), Governor Nyesom Wike said the action followed the refusal of the judiciary workers to comply with his directive for them to call off the action before the beginning of June.

President Buhari on Thursday said that he has given directives for the upward review of Police salaries and benefits. 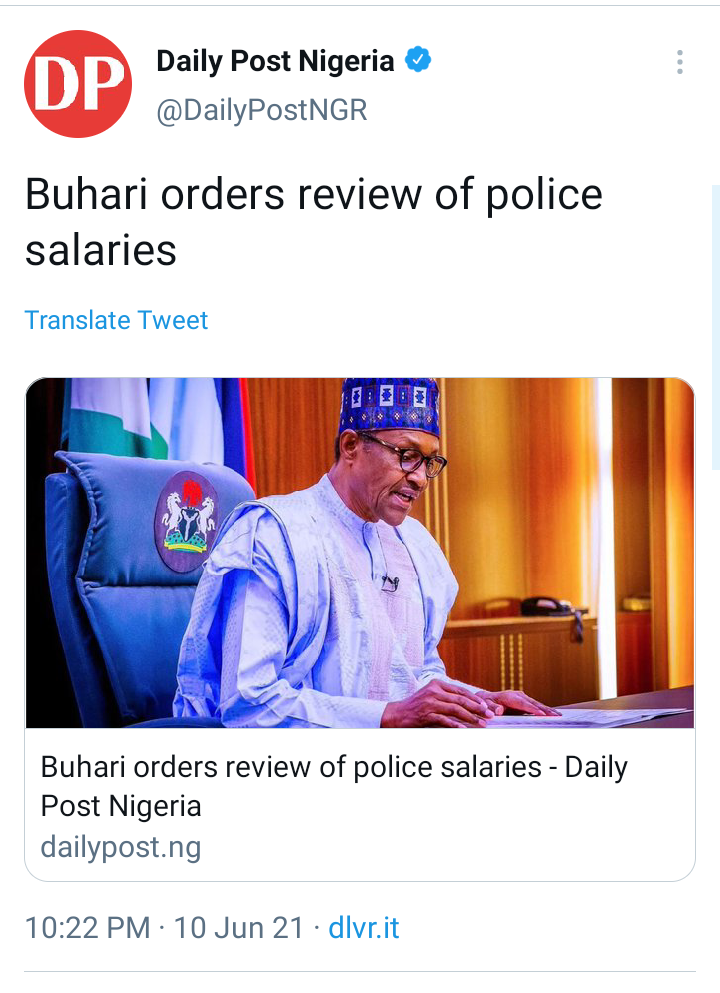 The President made this information known while delivering a speech on Thursday during a one-day visit to Lagos State, where he inaugurated various projects.

However, Buhari also commended the leadership of the Force for their efforts, for the reforms being implemented in the area of police pensions. 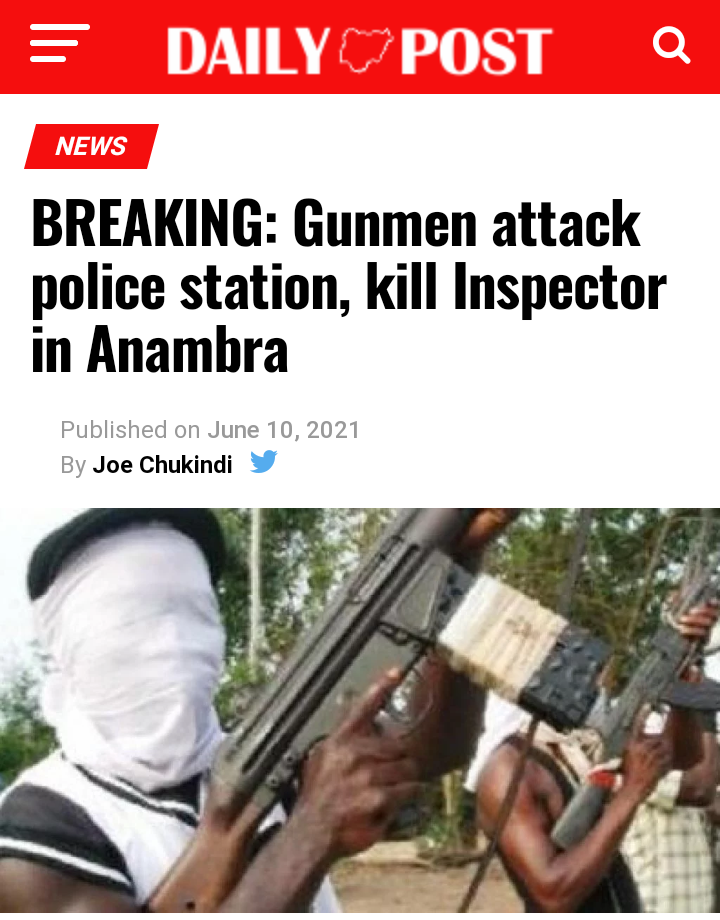 It's important to know that a Police Inspector was killed during the attack, which took place on Thursday afternoon.

According to some reports, Policemen on duty prevented the attackers from setting the station on fire.

However, when contacted, Ikenga Tochukwu (The state Police Public Relations Officer) failed to confirm the incident.

Ikenga said that he was planning to visit the area immediately, adding that he would respond after the trip.