By Ola-post (self meida writer) | 1 months 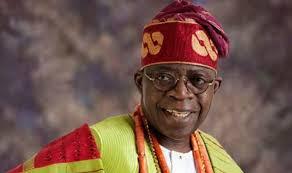 A new investigation into former Lagos State governor and chairman of the ruling All Progressives Congress, (APC) in Nigeria, Asiwaju Bola Ahmed Tinubu is a story that has been circulating like wildfire. The new chairman of the EFCC is seen as a welcome development, some see it as a political hunt, which is a ploy to destroy the 2023 presidency of Nigeria's political leader.

The fact of the matter is that not much research or political witchcraft can stop the former Lagos governor's ambitions, if he has one, this is because the alleged ambitions of Senator Bola Ahmed Tinubu are still just rumors as they are. has never stated any intentions for the 2023 presidential election yet.

However, allegations of corruption by any means will not deter him from pursuing his goals, all allegations against him are baseless, as no court has ever filed a case against Asiwaju Bola. Ahmed Tinubu in the country.

In addition, almost 20 years after his administration as Lagos State governor without any allegations of corruption, it will be too late to link Jagaban to any form of disorder during his tenure. In addition, he has not held any position in Nigeria since 2003, when he left office as the executive governor of Lagos State. 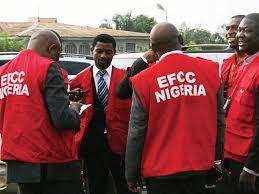 Similarly, the celebrated CCT against Asiwaju Bola Ahmed Tinubu, who is accused of falsifying the declaration of assets was confirmed after a lengthy trial, it should be noted that this took place under the Peoples Democratic Party government. The Peoples Democratic Party (PDP) which sees Asiwaju as a political threat to their government, let alone now Asiwaju is a voice to be sounded under the Buhari administration.

Asiwaju who is seen as the main figure in the formation of a major party that disbanded the PDP from the government has a good network of political parties and political parties, across the 36 states, efforts to investigate Asiwaju Bola Tinubu are unsatisfactory. but cannot produce the projected results.

Attempts to open complaints or grievances against the APC leader may work without the intention of the people behind the move because the system may work to show support for the senior leader.

Finally, all the political opponents of the former Lagos State Governor should consider a different approach to appointing a political expert whom only God can stop from running for president in 2023, all the power of It is God who gives it to whomever he chooses.