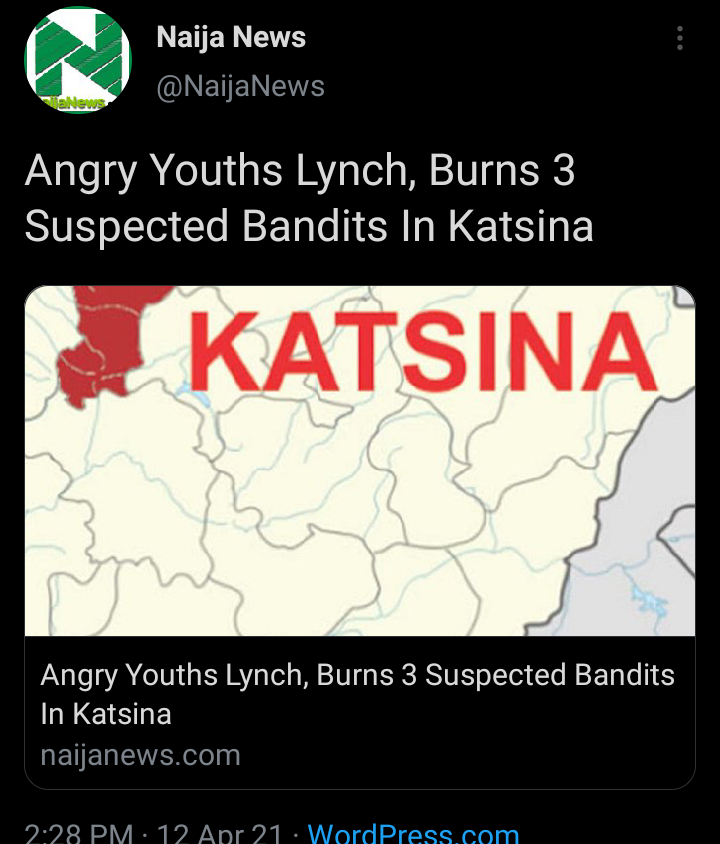 The rate at which insurgency surface in our society today is becoming alarming to the extent that Angry residents in Magamar Jibia town in the Jibia council area of Katsina State have killed and set three suspected bandits on fire.

The incident took place on Sunday night around 11:25 pm, when the unidentified gunmen invaded the town.

A resident of the community that spoke with Daily Trust disclosed that the armed men attacked a man’s house, who raised alarm and the residents mobilized and confronted them. 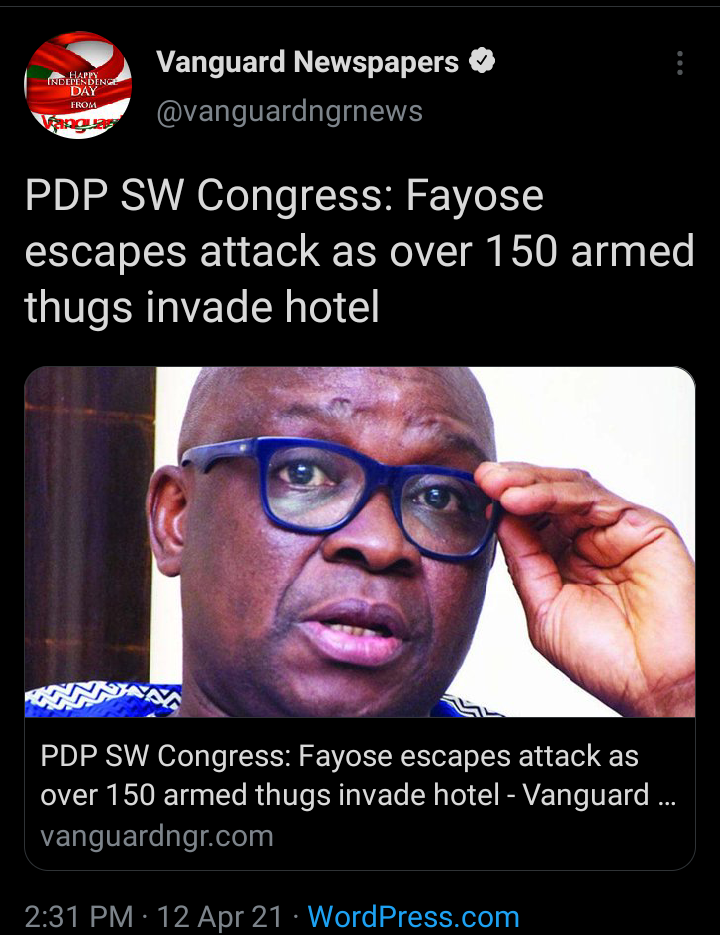 As 2023 approaches so many Political parties have started organizing their party through having their annual Congress.

Recently, As delegates from Oyo State are being accredited for the Peoples Democratic Party ( PDP) Congress, armed men numbering more than 150 have invaded the hotel where former Governor of Ekiti State, Ayodele Fayose was lodged.

The Hotel, located in Okefia Government Reserved Area (GRA) was invaded by arms wielding thugs in more than 10 buses, suspected to be members of the National Union of Road Transport Workers (NURTW) in Oyo State.

The thugs were also said to be barricading the entrance to be congress venue with a view to preventing other delegates apart from those from Oyo state from gaining access. 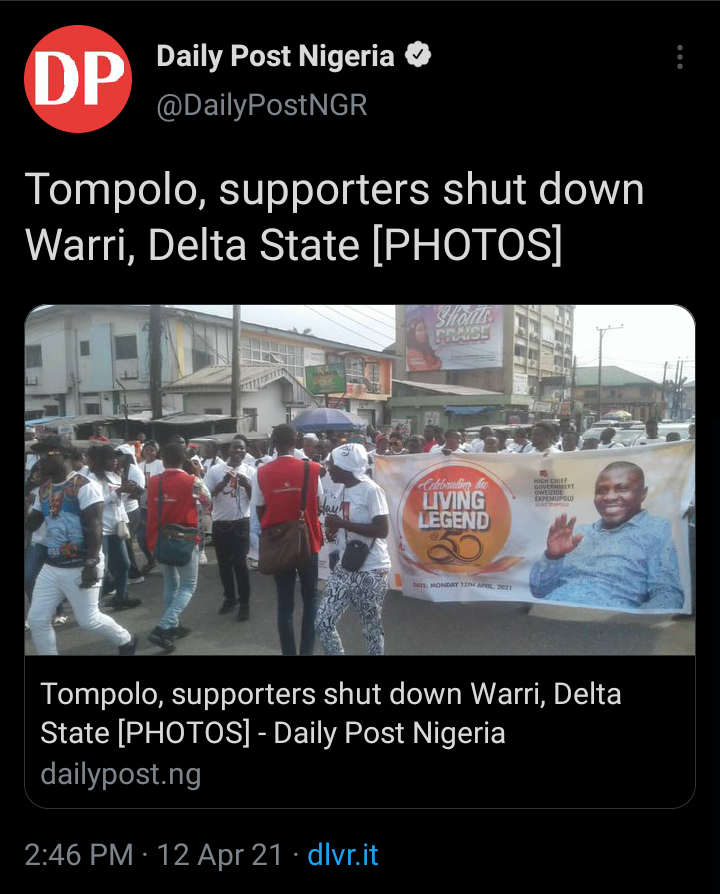 It is no longer news that the city of Warri in Delta State was today shut down as ex-militant leader, High Chief Oweizide Government Ekpemupolo, popularly known as Tompolo celebrated his fiftieth birthday.

Hundreds of prominent Ijaw leaders and youths thronged major roads on a peace walk in celebration of Tompolo. 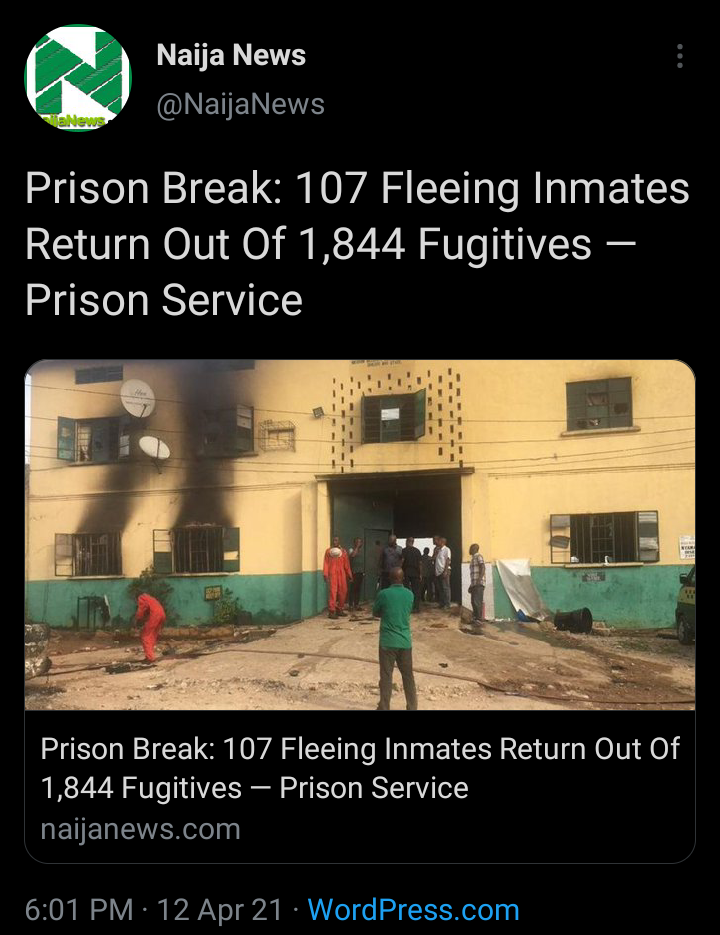 The development was confirmed by the spokesman of NCS, Francis Enobore, on Monday. He noted that more inmates would return with the release of the fleeing inmates photographs and bio-data.