By Aprilshowers (self media writer) | 2 years ago 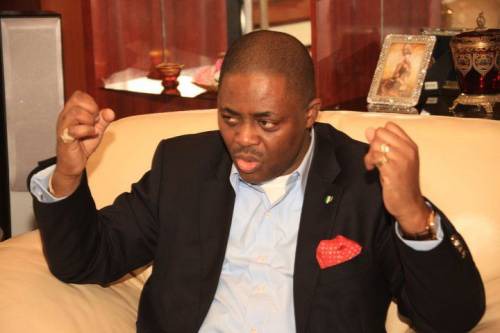 There has been an uproar on the Zamfara Emirate Council- a situation which is currently threatening to tear the Emirate apart even as the Emir himself is in a serious dilemma.

The conferment of Sadaukin Shinkafi Chieftaincy title on former minister of aviation and social critic, Femi Fani-Kayode by the Zamfara Emir, Maikwashe has sparked off a bitter resentment in the Emirate as five cheiftaincy holders have expressed their decision to relinquish their titles including the Sardaunan Shinkafi.

Alhaji Bilyaminu Shinkafi( Sardaunan Shinkafi) said his resignation stemmed from the fact that certain decisions were made without his consultation. Another official, Hajiya Hadiza Abdulaziz Yari( Iyar Shinkafi) said the Chieftaincy of Femi Fani-Kayode was a slap to her religion.

“This is a man known to always disrespect and abuse our leaders and forefathers in the region,” they also lamented.

Two of the resigned officials are threatening that the Emir should resign or face the Islamic law. They have given him 24 hours to do so.

The Zamfara state government has already distanced itself from allegations that it had a hand in the deal.

However, an investigative report by Dailytrust newspaper reveals that Special Adviser to Zamfara State Governor on Inter Governmental Affairs, Dr. Sani Abdullahi Shinkafi, openly disclosed that he facilitated the appointment. He explained that the conferment was worthwhile as he gave the following reasons;

i. that the Emir has the prerogative to confer a Chieftaincy title on any citizen he deems qualified whether they are not Hausa or Fulani, or non Muslims.

iii. That it will promote good inter-cultural and inter religious relationship, adding that in Islam, one is commanded to always follow a bad deed with a good deed. He said the uproar was the handiwork of mischief makers.

iv. That he used to insult northern leaders of the Hausa/Fulani extract but has now come to build bridges.

Dr. Sani Abdullahi, Special Adviser on Inter governmental Affairs to Matawalle said based on these reasons, the title was irreversible and irrevocable.

The former Aviation Minister had in his part, promised to sponsor 600 northern students to tertiary institution with Zamfara alone getting a share of 300 out of the total slots.