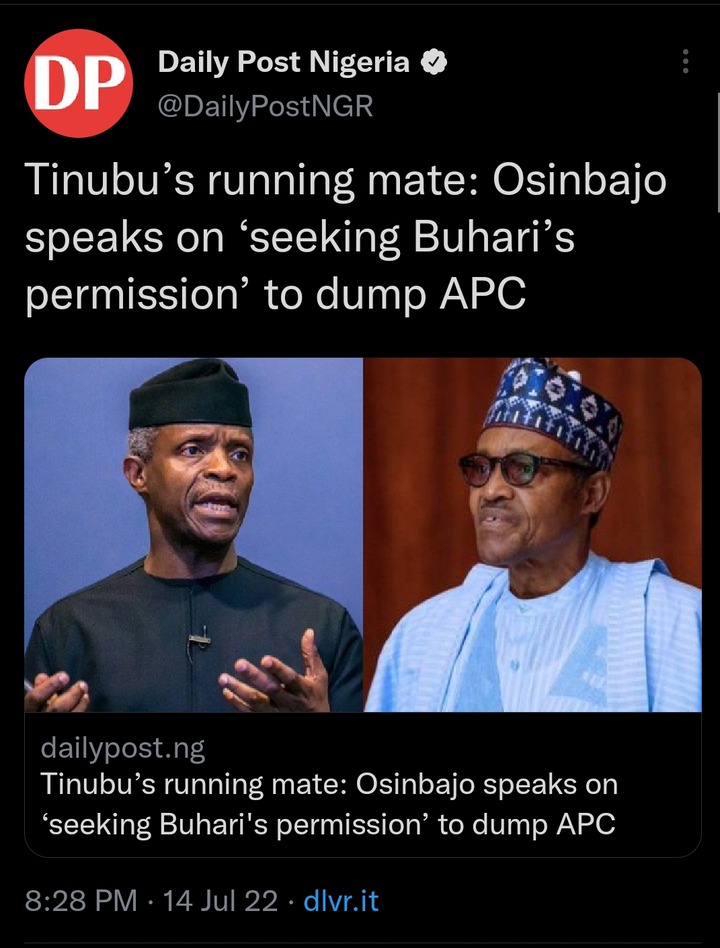 Osinbajo said a widely circulated memorandum suggesting he asked Buhari for permission to leave APC was not from him.

The memorandum, dated June 24, 2022 with reference number SH/VP/605/2./0 and titled ‘Permission to resign from APC,’ listed family pressure and other reasons for the alleged decision. 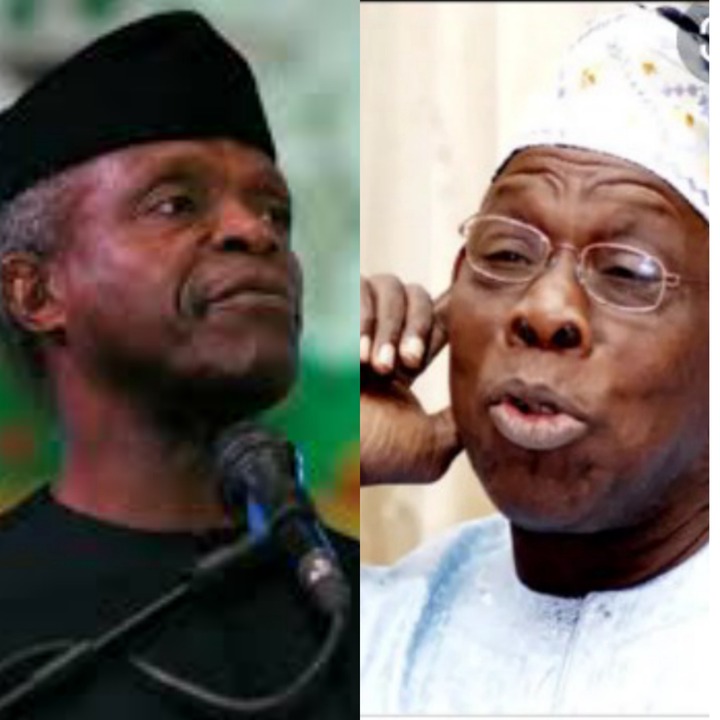 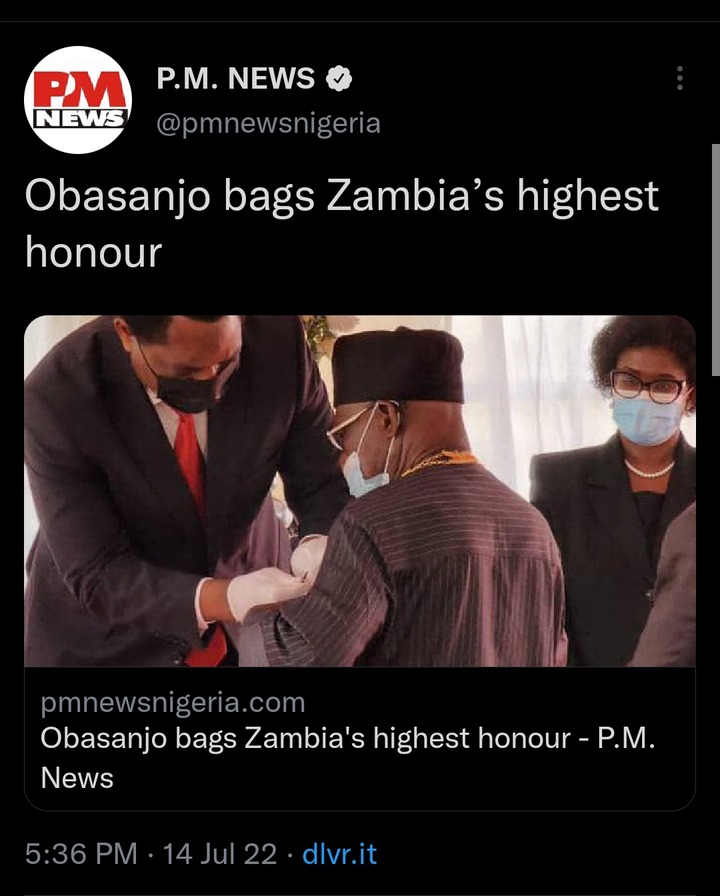 Former President, Chief Olusegun Obasanjo has been honoured with Zambia’s highest award of the Order of the Eagle by the President, Mr. Hakainde Hichilema on Thursday, in Lusaka, the country’s capital.

The Special Assistant on Media to the former Nigerian President, Kehinde Akinyemi hinted that the honours were contained in a government official gazette, which was made available on Wednesday. 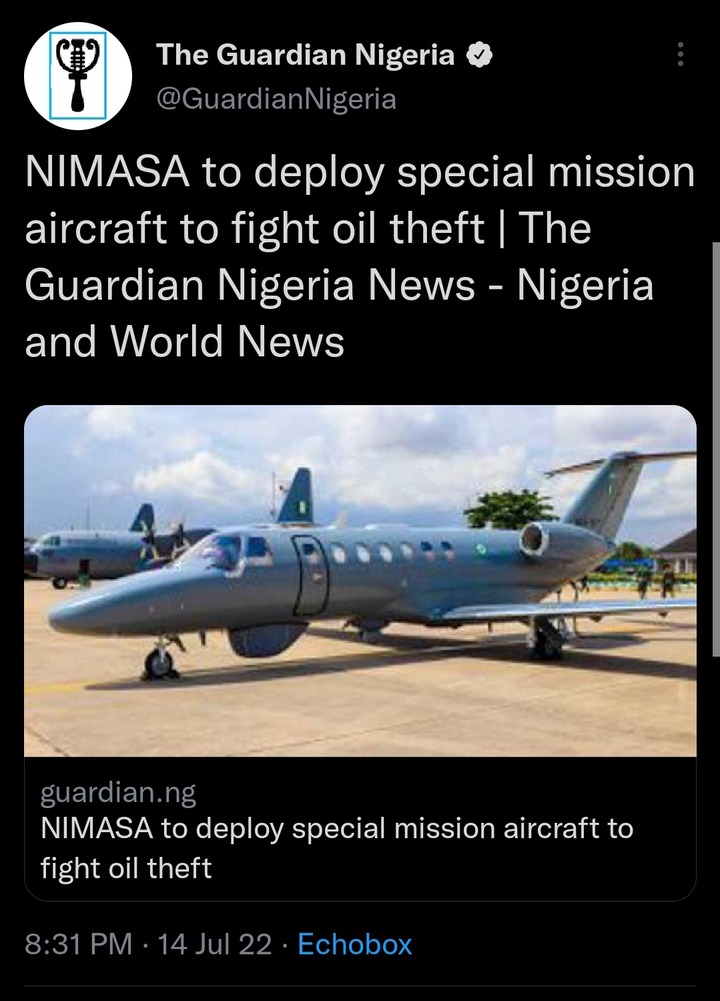 The Nigerian Maritime Administration and Safety Agency (NIMASA) has promised that two special mission aircraft in the Deep Blue Project fleet will be deployed to fight oil theft.

Dr Bashir Jamoh, Director~General of NIMASA, who made this known in a statement in Lagos on Thursday, added that the move would protect the nation’s economy.

He made this known at the recently-held 16th edition of the Maritime Seminar for Judges, organised by the Nigerian Shippers’ Council. 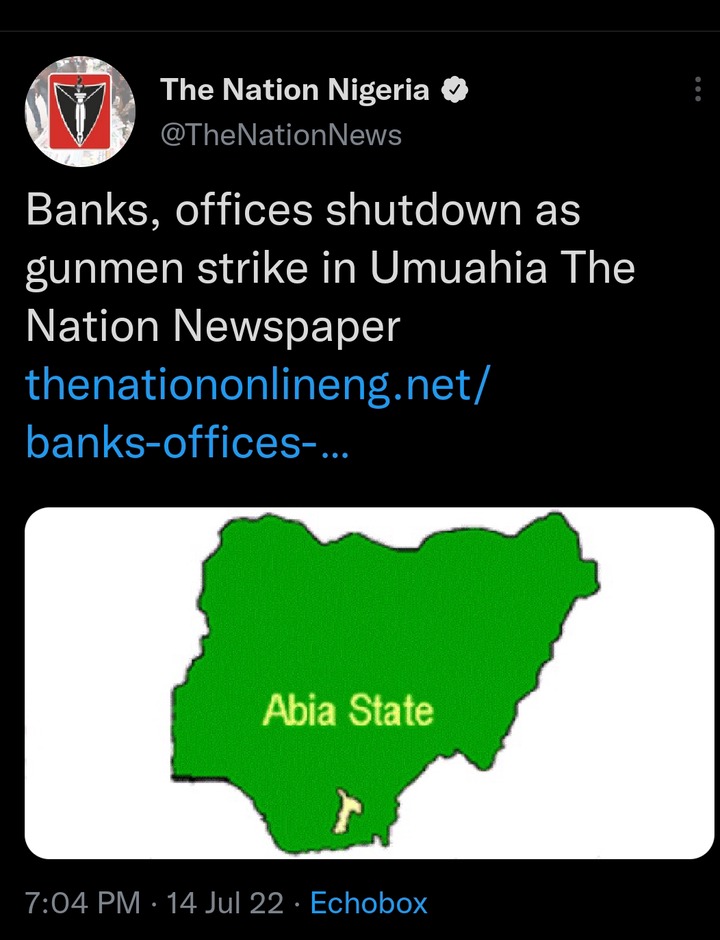 Commercial banks, business centres and other private offices operating in Umuahia, the capital of Abia State, abruptly closed on Thursday when gunmen struck in the city.

The gunmen were said to have attacked and robbed a victim along Aba road. 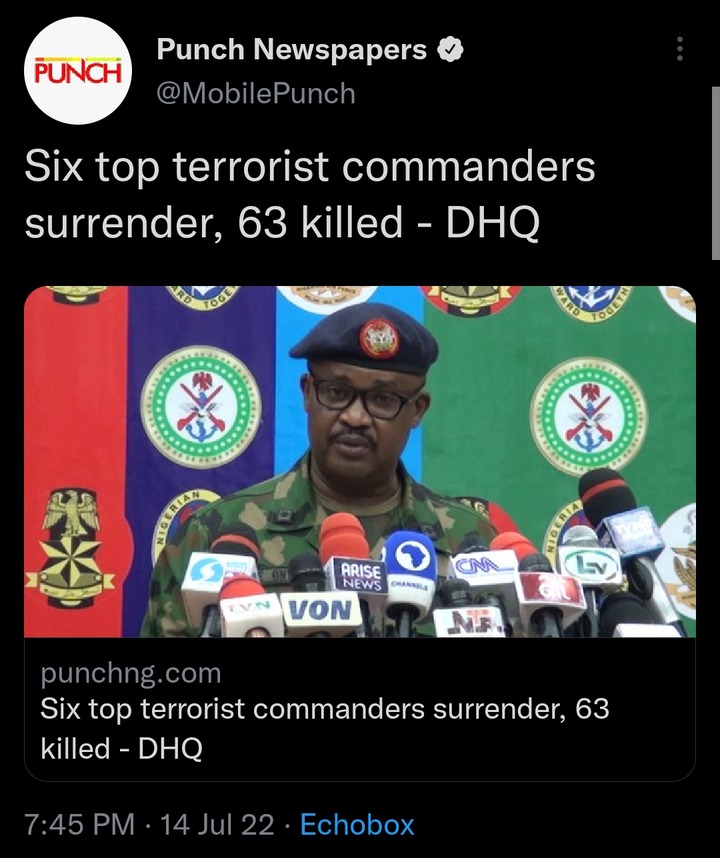 The Defence Headquarters on Thursday said six top terrorist commanders have surrendered to troops in the North-East on July 13, 2022.

Those who surrendered according to the military high command are Mala Hassan, a governor; a three-star commander, Jafar Hamma; Musa Bashir, a Chief Anur; Ali Madagali, a Munzur; Buba Dahiru, a Munzur, and Abbali Nakib Polisawa.

Also, about 3,858 Boko Haram terrorists and their families were said to have surrendered between July 1 and 14, 2022