By Smoshing (self media writer) | 17 days ago 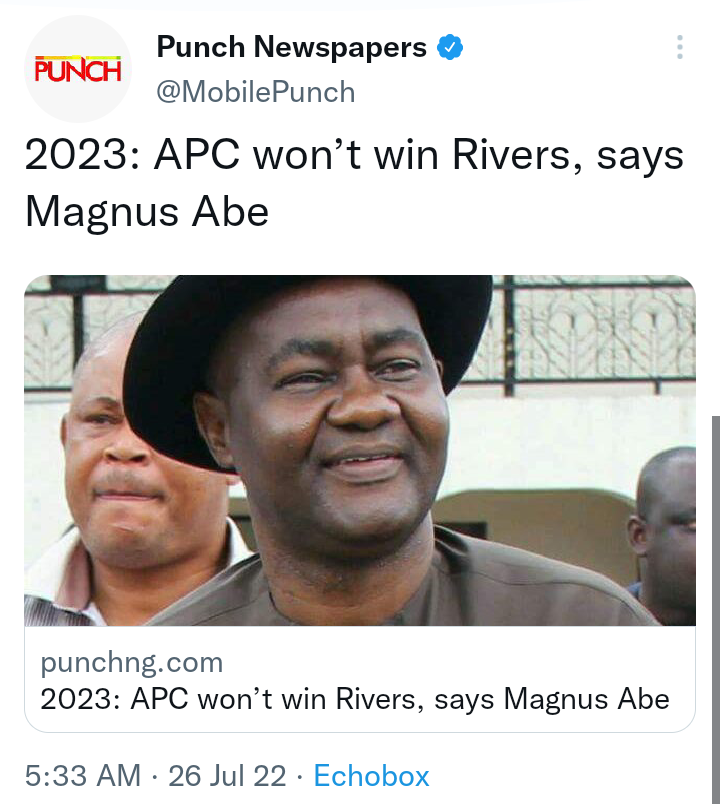 Former Senator representing the Rivers South-East district in the National Assembly, Mr Magnus Abe, has said the All Progressives Congress may have lost the needed steam to win any elections in 2023, following the recent gale of resignations from the party in the state.

Mr Abe said he dumped the main opposition party in the state because there was no future in the party.

Mr Abe in a statement issued by his spokesman, Parry Benson, said the future of Rivers State was more important to the people of the state than the pleasure of any individual.

In his recent awareness campaign tagged project Senator Magnus Abe-2023, the former senator said the main objective of the project was to bring Rivers people together to build an economically viable and prosperous state. 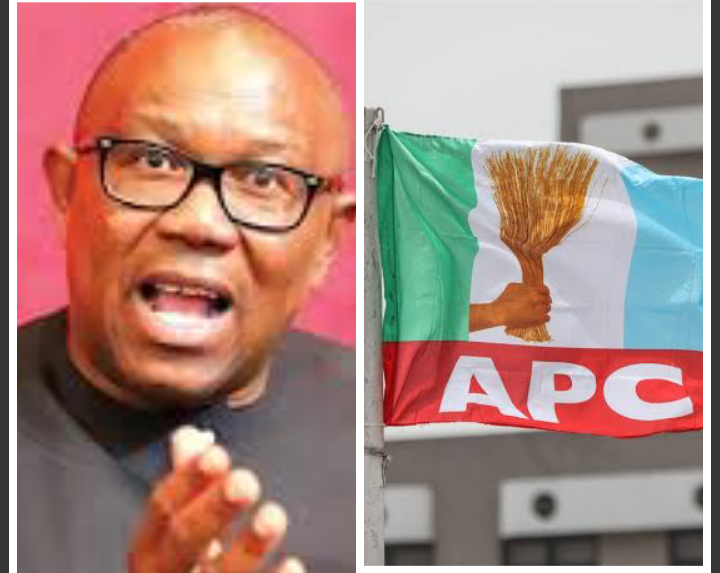 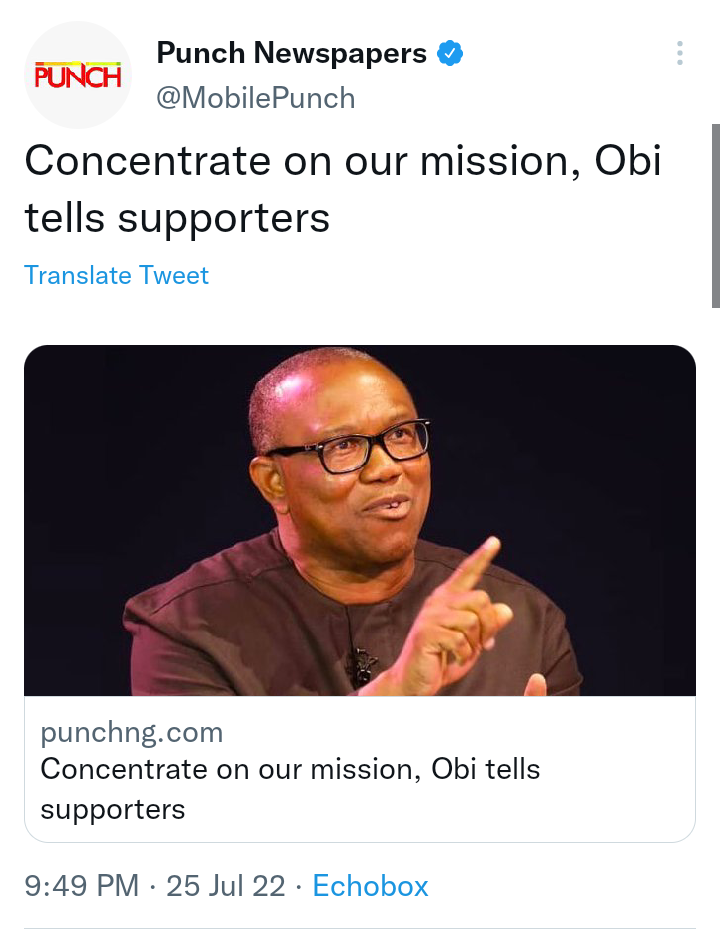 The LP presidential candidate, Mr Peter Obi, had once again appealed to his supporters to exercise restraints in reacting to comments made about him by other candidates.

The former Anambra State Governor made this appeal via his official Twitter page on Monday.

In his tweets, he asked his supporters to instead, place their focus on issues that will help create “a better Nigeria.”

“I most sincerely appreciate all my supporters and those of LP. I love you all,” he tweeted.

“I wish to appeal to you to allow me to personally respond to any candidate that makes comments about me, while you concentrate on issues to promote our cause of moving our dear Nigeria from consumption to production, create jobs, and generally evolve a better Nigeria – PO.” 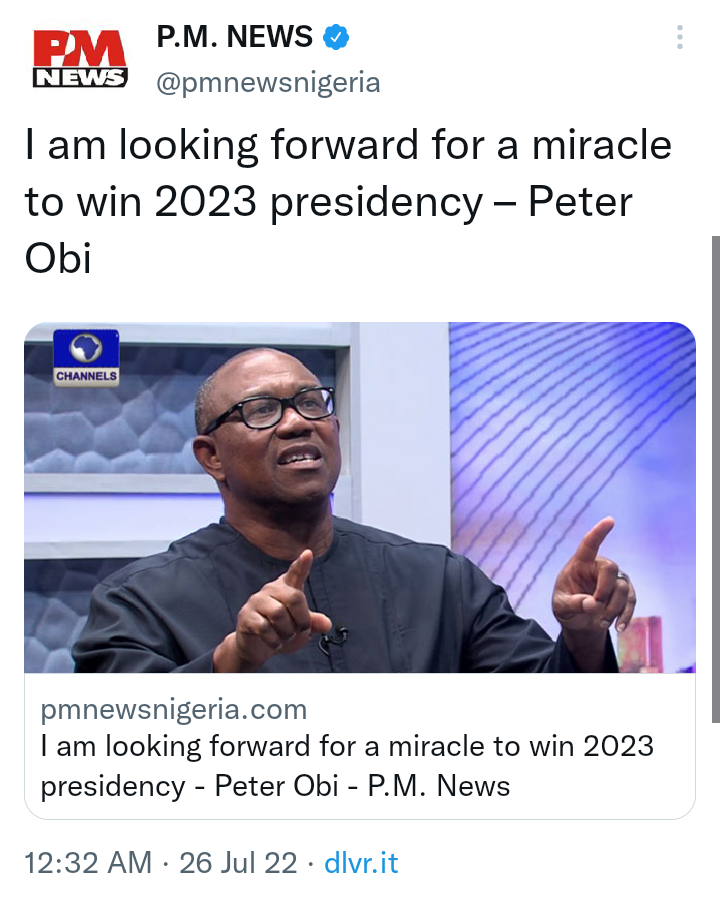 Presidential candidate of the Labour Party, Peter Obi on Monday said he is looking forward for a miracle to win next year’s presidency.

He was reacting to a statement by the Peoples Democratic Party’s (PDP) presidential candidate, Atiku Abubakar that it would take a miracle for him to win the presidency.

Peter Obi, who spoke on Channels TV’s Politics Today, said since he started his political journey, his achievements and records had all been miracles, adding: “it has all been miraculous.”

Peter Obi said he ran for governor in a party that was less than one year old, and that when he started in 2003 and won the election, they declared somebody else, saying he went to court and that everybody said it was impossible.

He said people said there was no way for him as it had never happened before but that after three years, the court declared him the winner.

According to Obi, he could go on an on and tell Nigerians so many things that had happened in his journey which could be termed a miracle.

“I am looking forward to the next miracle next year to complete the miraculous journey of my political life. The Independent National Electoral Commission (INEC) has said the deadline for the Continuous Voters Registration (CVR) exercise remains July 31, and those who register more than once would not get their PVCs.

The Resident Electoral Commissioner, INEC FCT, Yahaya Bello, made this known at a news conference on the commission’s state of preparedness for the 2023 general elections, on CVR,PVC validity and collection in Abuja.

Yahaya Bello said that all CVR activities except the collection of already printed PVCs would be suspended on Sunday July 31, adding that the commission increased the closing hours to 5pm daily including Saturdays and Sundays.

According to him, this was done to accommodate the awakening of those who now realised that they need their PVCs at the last hour of the programme that has been ongoing for over a year.

“They will get nothing by doing so whatever their intentions were, because at the end of the day, they will be declared as people without PVC at all.

Content created and supplied by: Smoshing (via Opera News )