By EkderMichaelKing (self media writer) | 1 month ago

Every Nigerian that understands politics and its intrigues , will always reckon with the name Bola Ahmed Tinubu, the former Governor of Lagos State. A man many have argued is the most successful politician at the moment in Nigeria, owning to the calibre of men he has groomed both in politics and other spheres of endeavours.

He helped greatly to install the present administration and the ouster of a sitting President through the ballot; first time in the history of Nigeria. So going by his antecedents, the man is a living moving institution or collosus. As per relevance, he is the most outstanding of his peers who where Governors in 1999.

Now, the 2023, elections are months away - and permutations have been rife in the political circle. There have been strong speculations that Tinubu would throw his hat into the ring to slug it out for the presidency come 2023. The man himself hasn't declared interest formally, but the body language of his close associates and statements in that order shows that Tinubu might contest.

In the instance that Tinubu decides to run for the Presidency, certain issues would need his deftness to surmount - and such hurdles would be inevitable for the Jagaban.

By the unwritten zoning arrangement that seems morally right , the Southern part of Nigeria should produce the next President of Nigeria, when the tenure of President Buhari elapses. The South has really made a strong case for the Presidency going by the Communique of the Southern Governors rising from their meetings in Asaba and Enugu . Equity demands that the South must produce the next President for the sake of peace and unity of Nigeria. The PDP it seems is looking towards that direction but the APC hasn't made its stance on that known.

If the leading political parties decide to zone their tickets to the South, then, the South East is the best bet for the presidency going by the present reality in Nigeria. Many have argued that the politics of Presidential contest is not a gift that is given to who whines the most, or bleats marginalisation, but those that have been deliberate in playing the politics of inclusiveness, centralisation when it comes to party politics and not sectional sensationalism politics . The South East when it comes to the politics of the ruling party, the Apc, hasn't really ticked the boxes as a region, but in the PDP the south East has paid its dues more than any in terms of support arguably.

Going by the above argument the PDP is the best fit for the south East - and the Apc arguably, best situated for Tinubu's Southwest. Considering the threat by secessionist groups all over the country and more pronounced in the Southeast, it will be foolhardy at this point to shove the call for a Southeast Presidency aside. In 1999, the two main political parties in Nigeria then, the PDP and APP fielded two South-Western Nigerians, former President Olusegun Obasanjo and Chief Olu Falae. This was done in the interest of national unity as a fallout of the June 12 1993, annulment of the election of MKO Abiola, from the South-West.

So, on this ground, the touted Tinubu presidency will face a morality contest because Obasanjo a southwesterner was President for eight years, 1999 -2007. How will Tinubu and company explain to the Igbos of the South East that their turn should be his? This is a huddle the man must be ready to scale if he is truly mulling the idea to run.

Another angle is that reality shows that the man isn't in control of the Apc machinery anymore. The ouster of his close ally and former Apc Chairman, Adams Oshiomhole exposed the fact that some elements within the party are allegedly working to whittle down his control. But the truth is that the man Tinubu is not new to political battles and it will be intriguing and interesting to see how the power struggle in the Party will pan out. Allegations have been rife that the President's men aren't comfortable with a Tinubu Presidential ambition - reasons for this certainly has not been availed to us for public consumption. This scenario shows that a show-down is imminent in the Apc as the election draws closer especially, during the forthcoming Apc delegate's conference. 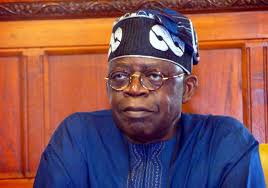 At the delegate's conference of the Party where executives of the Party are expected to be elected, those seeking to control the mechanism of the party will work assiduously to install men loyal to them. According to Party structures, the President is the leader of the Party and so, if the President Muhammad Buhari isn't comfortable with a Tinubu presidency then a Tinubu presidential aspiration will be a herculean task to achieve. It is still in order to say, never write the Jagaban out, in this impending tussle. 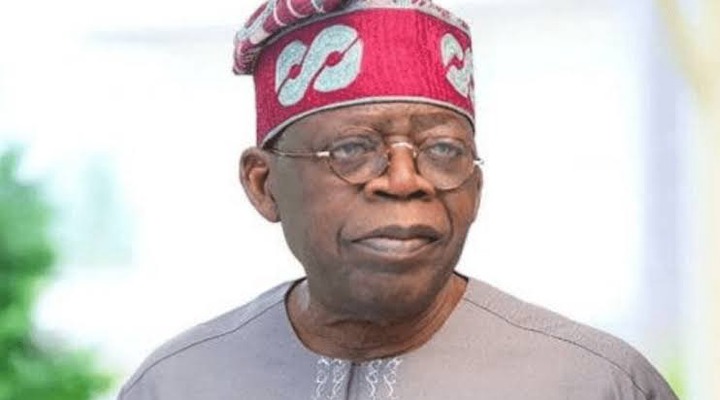 In this permutational calculation, inconsequential somehow is the issue of religion while vying for the Presidency - but it can also put a wedge for anybody seeking to be President or even Governor, since the advent of democracy in Nigeria. From 1999, a Christian- Muslim ticket and vice-versa has been the norm for the sake of cohesion. Bola Ahmed Tinubu is a Muslim from the South and as such would need a Christian from the North if he wants to go about it the usual way. The issue here is, who in the north that is predominantly Muslim, has the clout as a Christian to fetch Tinubu the required northern votes? MKO Abiola a Southern Muslim flew a Muslim - Muslim ticket and reportedly won, because Nigeria at the time wasn't as polarised as it is now. The suspicion that is prevalent now wasn't so then. So, such present reality would compel a Tinubu presidential aspiration to go for a Northern Christian. How will he surmount such? To many he is still the Jagaban, the master of political theatrics.

Till tomorrow no court or institution has convicted Tinubu of any crime or indicted him of any, but allegations of malfeasance and misappropriation against the man abound, as it is for any politician of his calibre and clout in Nigeria. If Tinubu ever declares - he must be ready to face barrages of allegations and mysterious unearthing that would greet his presidential aspiration if he will contest. Atiku Abubakar faced same, so will Tinubu when the time comes.

The months leading up to 2023, promises to be intriguing and interesting. Tinubu unarguably is a master in navigating the murky mire of politics - but this would be the his greatest test of all times.