Is it true that the poorest state in USA is richer than 190 other countries?

By SeyiXam (self media writer) | 2 years ago 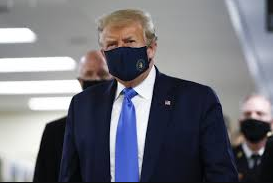 The poorest US State, if you measure it by annual income per capita, is Mississippi with $21000/years. Most of First World countries have an higher annual income per capita, for instance Japan, Germany, Luxemburg, Switzerland Going by GDP, the US State with the smallest GDP is Vermont, which would rank between Bahrain and Latvia in 95th place if it was an independent country. Of course GDP isn't a good measure for wealth, rather than size of the economy. Going by GDP per capita, the US State with the lowest GDP per capita is Mississippi, ranking 27th in the world behind Italy and just ahead of South Korea. GDP per capita is a better indicator for wealth, but it actually shows more how productive or profitable an economy is, rather than how wealthy a country is, though there is a correlation. Let's take a look at the average annual wages, Mississippi has the lowest average wages of any state in the us US, and if it was a country would be ranked 21st between South Korea and Italy.

So no, the poorest US state isn't richer than 190 countries. But its not far from being right. The poorest US state is certainly richer than about 165-175 countries. As a whole the average income of the US is higher than that of 190 countries though. Some may argue that there are 234 countries, this is incorrect. There are 195 countries and 39 dependencies and other territories. These 39 dependencies and territories are not officially countries, they include places like Puerto Rico (part of the US), the Isle of Man (part of the UK) or Taiwan (which is officially part of China).