Meet Simbiat Abiola the woman behind the legend MKO Abiola

By Onyenkem (self media writer) | 2 years ago 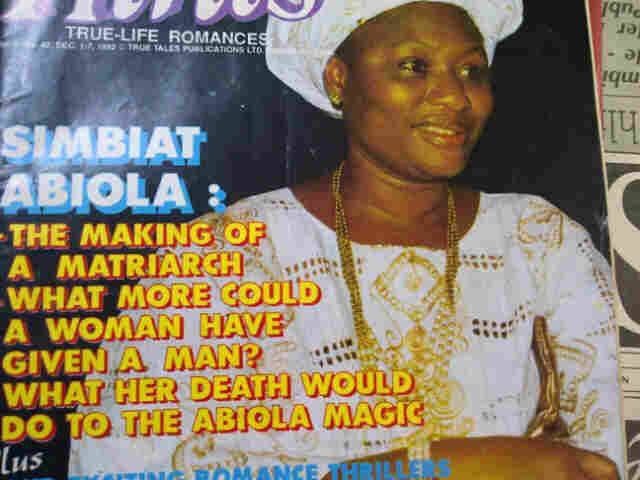 Many know the story of the legendary man MKO Abiola but very few are familiar with that of his first love, first wife and also the pillar and builder of his strong foundation. Simbiat Atiruke Abiola was born in the year 1938, to the wealthy family of Rafiu Isola Soaga of the prominent Soaga family in Abeokuta, Ogun State, while MKO Abiola was from a very poor background.

The both met at an Arabic Quranic School and that was the beginning of a love story yet told. 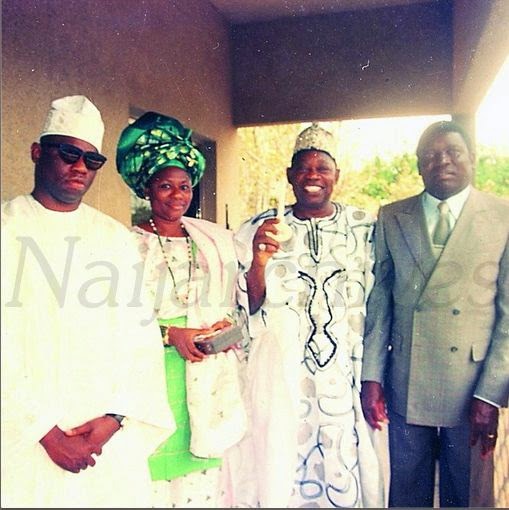 When her family got to find out out about the relationship between the both, the kicked against it, reason been that Abiola was from a poor and unimpressive background. But she stood her ground on her choice of a life partner and no one was able to change her mind.

History has it that she paid Abiola Tyson fee throughout school and also supported him with capital to start up his business. 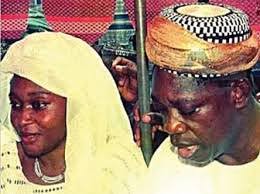 She was fondly referred to as Ayinba.

The late Alhaja Simbiat was fully involved in her husband’s businesses and played a very large role in the growth of Abiola’s business empire. She was the Vice President of Concord Group of newspapers, where she saw to the setting up and maintenance of the publications and later, other ventures like the Wonder Bakery.

Contrary to what many believe, she gave her full support to MKO’s political ambition. She was in total agreement with his plan to become the Chairman of the National Party of Nigeria (NPN). Simbiat generally agreed with her husband on almost all issues but differed on the topic of polygamy, which is quite understandable.

Holding many prestigious titles, she was the Otun Iyalode of Egbaland. She was also the Yeye Tayese, Iya Egbe UMC and many more. In her own right, she was one of the wealthiest businesswomen in Nigeria.

Like her husband, she was also a great philanthropist and was particularly focused on the welfare and emancipation of women, education and training of girls, youth and the children.

According to Dr. Moshood Fayemiwo, the Samuel Doe of Liberia’s money that caused trouble between MKO and IBB (Doe’s friend) was paid into the Swiss account of Simbiat Abiola.

The former wife of Chief Olusegun Obasanjo and mother of Gbenga, Busola, Enitan, Segun and Iyabo Obasanjo, Mrs. Oluremi Obasanjo wrote in her book, Bitter-Sweet: My Life with Obasanjo, that at a time in 1981, Obasanjo so maltreated her that she was penniless and broke to the extent that she could not pay the school fees of her children and to get financial help and assistance, had to approach Simbiat Atinuke Abiola who prayed that God would help. At another point when Mrs. Obasanjo was slammed in a police jail, it was Simbiat who came with her elder sister to bail her out. Mrs. Obasanjo refused to be bailed and she spent the night in a police detention, as a guest of mosquitoes.

Like every other woman on the surface of the planet, the late Simbiat had her own fiery streak of jealousy. Thus, she did not find it really funny or particularly amusing when MKO made moves to marry a young lady named Miss Kudirat Olayinka Adeyemi (later Alhaja Kudirat Abiola). It was towards the end of 1972 and Abiola was already swimming in millions. While Simbiat was still by his side, he fell flatly for Kudirat’s charm.

When MKO and his band of giggling friends arrived Kudi’s family home in Ijebu-Ode, they were all shocked. Kudirat’s mother emphatically stated it was impossible for her daughter to become MKO’s wife unless one condition was fulfilled: get Simbiat’s approval and willingness to take her in as a junior wife. MKO was boxed into a corner and he knew that would be one of the most challenging tasks in his life.

However, he managed to get Simbiat’s support and approval. How he was able to do that, no one knows. MKO and Kudirat got married in 1973. At that point, Simbiat’s courage as a woman kicked in and she eventually succumbed all in a bid to make her childhood love happy and contented.

During her lifetime, she lived with Abiola's three other wives in the same compound at the Moshood Abiola Crescent, off Toyin street, Ikeja, Lagos. And was described as not only being very accommodating but would not bully anyone.

On the 10th of November, 1992, tragedy struck in faraway London but the news vibrated in Nigeria. After a bitter fight with cancer, Alhaja Simbiat Atinuke Abiola passed away in a British hospital. While she was on the deathbed and in pains from the cancer she battled so hard, Simbiat Abiola’s generosity still shone. She was watching the television and when she came to see the devastation and havoc wreaked upon the Egyptian capital of Cairo by an earthquake, she was touched. She was so moved that from her sick bed, she pledged the sum of $100,000 in donation to rebuild a school for young children which was destroyed by the earthquake.

They had one child.