By GistFrank (self meida writer) | 11 days

Recently, "United States" government revealed that the Insecurity issues confronting Nigeria are “extraordinary”. They also disclosed that President Muhammadu Buhari is more focused on tackling the security challenges in Nigeria.

Anthony Blinken, the U.S. Secretary of State, disclosed this in a virtual interview with journalists as part of his activities during his virtual visit to Africa on Tuesday. 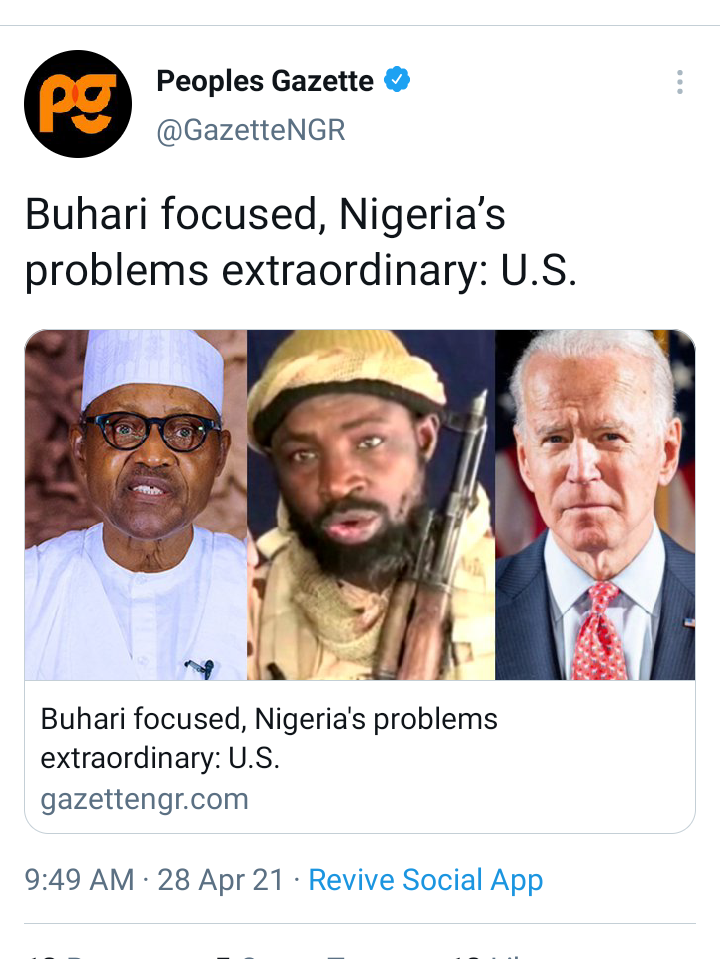 According to Mr Blinken, U.S is committed to supporting Nigeria to address these challenges through resources, information sharing, capacity building, equipment, amongst other ways.

He pointed out that the American government’s interest in helping Nigeria was a “good news.” 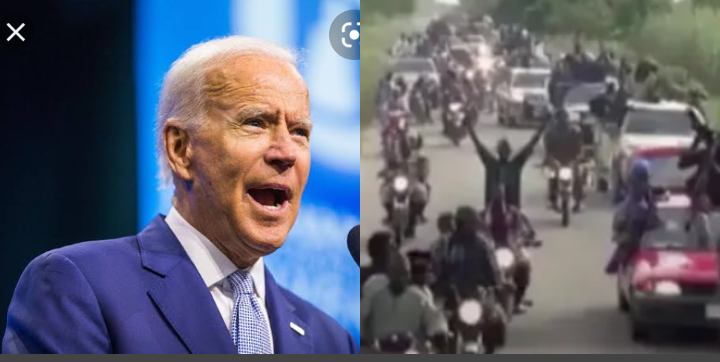 Also, Mr Blinken said that it is important to deal with other factors causing conflict, violence, and extremism in the Lake Chad Basin Region.

2) Buhari won’t extend his tenure by one hour – Tinubu Reveals.

Bola Tinubu, National Leader of APC (All Progressives Congress) has assured that President Muhammadu Buhari would not extend his tenure in 2023.

Tinubu said that Buhari would not spend “one hour beyond his tenure” in office.

He disclosed this while addressing journalists yesterday in Abuja. According to Tinubu, Buhari would respect the country’s Constitution at the end of his tenure in 2023. 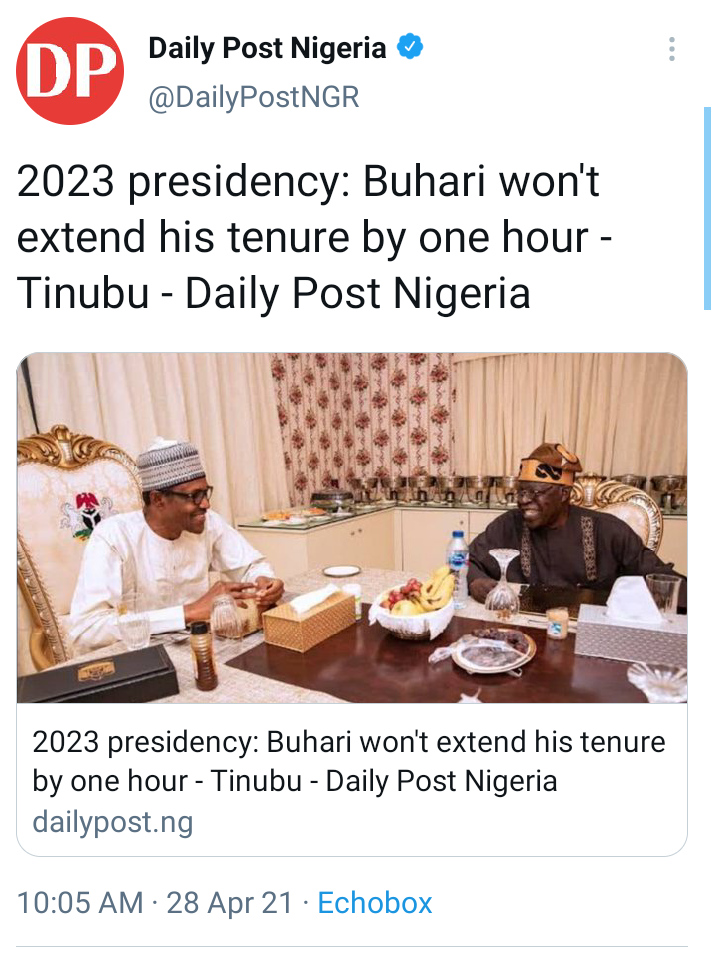 3) Police Denies Reports Of Attack By Bandits At University of Abuja.

The Police Command in the Federal Capital Territory (FCT) on Wednesday said that there is no report of attack by bandits on the University of Abuja.

A statement issued by the Police Public Relations Officer, ASP Mariam Yusuf said the clarification followed purported reports in some sections of the social media that the institution was attacked by bandits. 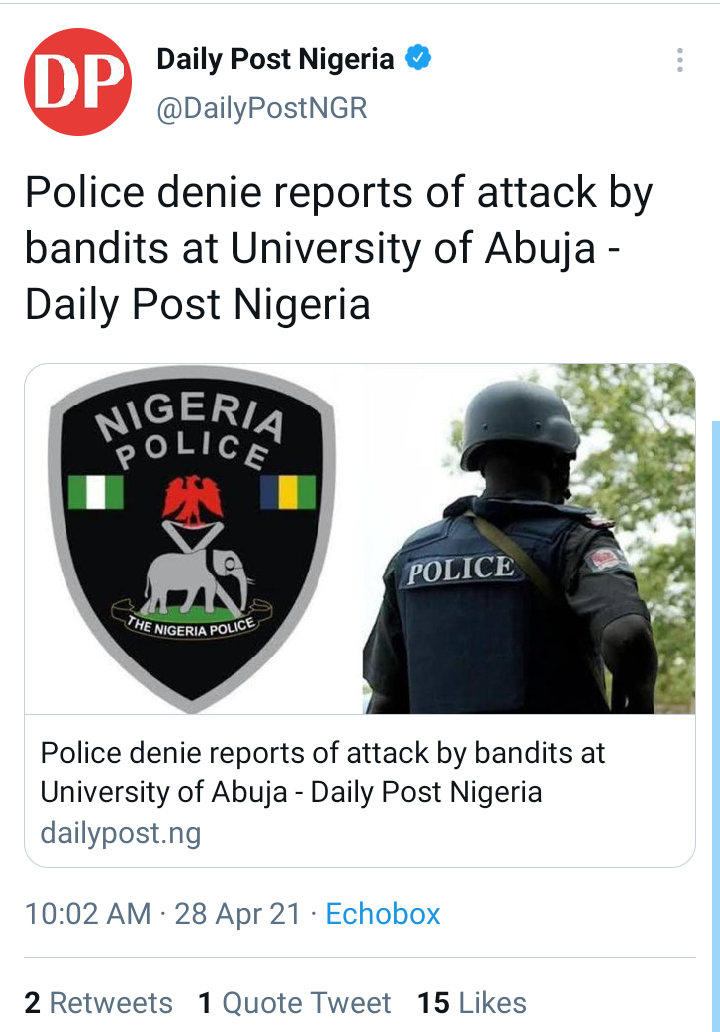 She said the Commissioner of Police (CP) in charge of the FCT, Mr Bala Ciroma had ordered uninterrupted patrols around schools within the territory.

Yusuf enjoined residents to remain calm, laws abiding and verify every information they received to avoid causing panic among the members of the public.

The Special Anti-Cult Unit in Delta State has arrested forty male suspected cultists during initiation at Ubulu-Unor, in Aniocha South Local Government Area of the state.

Also, they arrested some armed men who claimed to be Ubulu-Unor Vigilante. 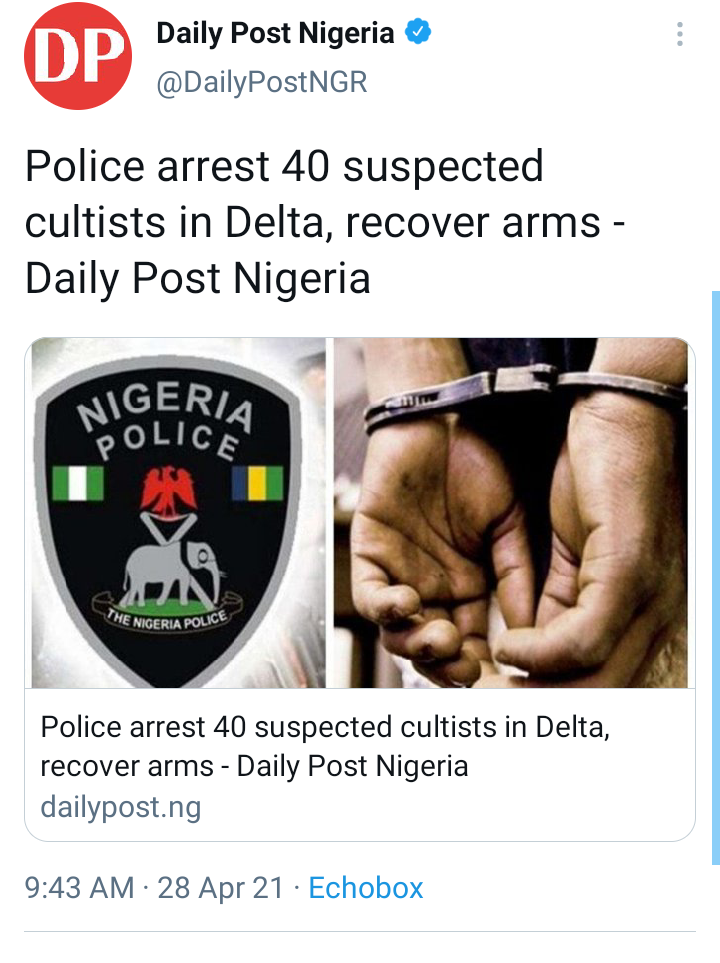 They were seen keeping watch and aiding the said cultists during their initiation, DAILY POST learnt. It's important to know that Police also recovered a lot of ammunition from the suspected Cultists.

The suspects were arrested by the police based on information and intelligence.