Imam of Abuja attacks Buhari over insecurity in the country, says President has failed Nigerians

By Penason (self media writer) | 1 year ago

The Chief Imam of Apo Legislative Quarters, Sheikh Muhammad Nuru Khalid has come harder on President Muhammadu Buhari over the alarming rate of killings in the country. The viral video shared by THE CABLE through its official Facebook page showed how the Imam of Apo Legislative Quarters started with a rhetorical question asking "is there no one to take the responsibility?" He blamed the religious, traditional and the political leaders for failing all Nigerians over the fragile security situation in the country. He specifically mentioned His Excellency, Commander in Chief of the Armed Forces, President Muhammadu Buhari saying that he has failed Nigerians. 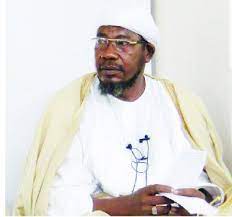 The Imam stated that, if as a religious leader, he teaches his followers that life is sacred, yet, the carnage of killings in the country shows otherwise, then he has failed. And if the politicians teach their children that killing is bad, yet, life does not worth anything anymore in the country, then, they have all failed. He reminded President Muhammadu Buhari that he(Imam) is still having the video where he(President Muhammadu Buhari) said the that Nigerian Military has what it takes to end insecurity in the country, therefore if he is voted into power in 2015 he will end insecurity within months. He said that having been given the first 4 years and still counting, yet, insecurity is becoming alarming in the country and people are dying like fowls. He blamed Mr President for allowing killings to become a norm in Nigeria under his watch.

He stated that if there is no one in the country to tell the President the truth, then he himself would take the responsibility and tell the President what is going on in the country under his supervision, because the lives and properties of all Nigerians are above everything else. He told the President that under his watch, bandits are demanding money and taxing Nigerians. He noted that under the provision of the 1999 Constitution of the Federal Republic of Nigeria as amended, nobody is empowered to tax any Nigerian unless approved or authorized by the federal government or the constituted authority. He urged the President to take responsibility since he cannot delegate his tasks to any other President in the world. Noting that Nigerians have the constitutional rights to ask their political leaders to give account of their stewardship. 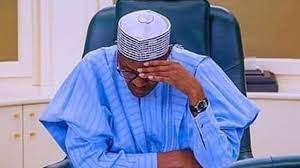 The level of insecurity in Nigeria is a call for concern. It has affected both the rich and the poor alike. Nigeria is facing a monstrous problem of insecurity ranging form banditry, kidnapping, killer herdsmen, Boko Haram/ISWAP terrorists, hoodlums, and agitations. On Sunday, August 29, suspected bandits have not only assassinated the eldest son of Senator Bala Ibn Na'Allah, Abdulkarim Ibn Na'Allah, in his resident in Kaduna state, but they have also escaped with his belongings. This is one among thousand of others who have been victims of insurgency in many parts of the country. Lives and properties worth billions of niara have been lost to insurgents activities in the country. And the problems have intensified in recent times. The situation of security challenges in the country has called on all Nigerians to take the social responsibility of being security conscious.

Just like the Imam of Apo Legislative Quarters has spoken, it behooves on all religious as well as the traditional leaders in the country to speak the truth to the government in power. Not just speaking the truth, they must offer to help the government tackle insecurity from the root causes. The religious leaders must preach love and tolerance to their followers. They must inculcate the needed values in the minds and lives of their subjects to enable them imbibe the culture of ethical and attitudinal reorientation in their lifestyles. This would go a long way to helping in reducing the rate of insecurity in the country.

The traditional rulers are not left out. They must endeavor to identify and expose suspicious faces and questionable moves in their communities. They must intimate their elders to inculcate moral discipline in their children. The government on its part must, educate the youths through basic school and vocations. They must provide adequate infrastructural facilities in the country, provide jobs for the youths. The political leaders must live up to their campaign promises and be accountable in their stewardship to their people. Not just providing jobs, the government and the political leaders must be more closer to the people and invest in the youthful population of the country so that the youths could be more useful to themselves and to other around them. This way, insecurity could become a thing of the past in the shortest possible time. 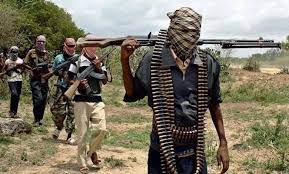