(OPINION) After Tinubu's Last Visit To North, See Who Could Be His Running Mate In 2023

By Joewriter (self meida writer) | 1 months 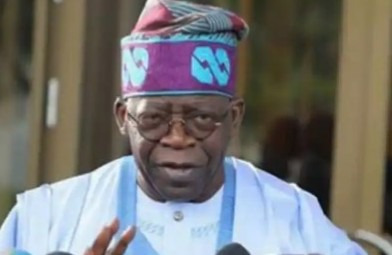 Over the past few weeks, Tinubu has been pursuing northern Nigeria in pursuit of its presidential ambitions, particularly the two major cities of Kaduna, which are still considered the political headquarters of northern Nigeria, and Kano, which remains a nerve center for trade and religion in the region.

His trips to Kaduna and Kano which are considered to be a strong political nuance and historically strong is definitely in pursuit of his ambition. He was in Kaduna delivering a historic annual lecture in honor of the late Prime Minister of Northern Nigeria, Sir Ahmadu Bello, when he was in Kano for the 12th conversation on his 69th birthday. Many observers believe that these two events mark significant acceptance and approval of his candidacy for president and major political successes for him through 2023.

There is also speculation that a ticket of Tinubu/Ganduje, a Muslim-Muslim, could be used. Many have questioned the feasibility of the Fayemi/El Rufai combination, which they see as the perfect ticket to stay in power.

However, many were concerned about the whereabouts of his main constituency, Southwest, after he first moved his birthday speech to Massovy. Afenifere's opposition to his candidacy was considered a key to the job and a political upheaval. The Colloquium has always been held in Lagos, but this year has been exceptional. According to political analysts, this was part of a plan to redeploy the president in 2023. Some parts. Country, especially southwest.

Moving on to Kano, there is speculation that Kano may now be governor-friendly as a partner, as Kano now remains the state with the most votes in Nigeria and the APC has the most party members in Nigeria as indicated by the party. register.

It is quite clear that Tinubu is ready to start the race and has already confirmed that he has burnt his image and is not ready to be accidental. Undoubtedly, Tinubu romanticizes the north, making him number one in Nigeria, but the only thing he failed to do before heading north for support was his base in the southwest. He may think this is his last move, but he may have lived in the past as circumstances have changed in the region during the last six years of President Mohammadu Buhari's rule, which he helped establish.

Content created and supplied by: Joewriter (via Opera News )

DJ Cuppy Shows Off Her 3 Months Old Pets, Calls Them Her Sons