Only God Picks Those Who Govern Over Men'—Aregbesola

By Chesamahitha (self media writer) | 27 days ago 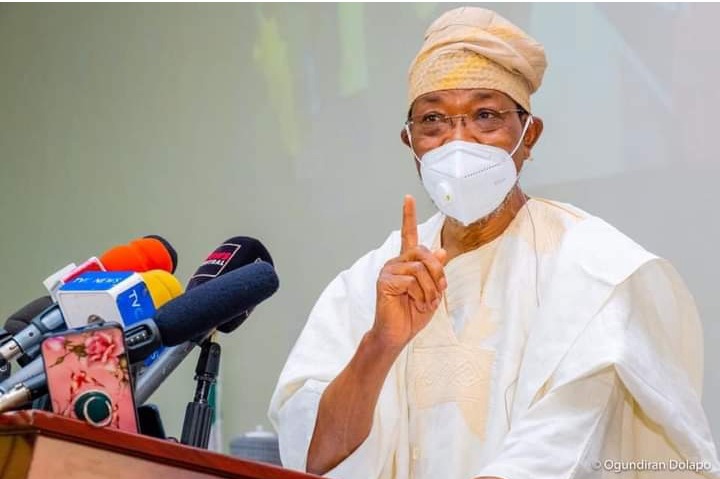 The minister of the interior and former governor of Osun, Rauf Aregbesola, has responded to the defeat of the All Progressives Congress (APC) in the state's governorship election.

Adeleke won 17 Local Government Areas (LGAs) to meet the standards of the law and become the contest winner. Oyetola was only victorious in 13 LGAs.

Aregbesola and Oyetola's relationship was strained in the run-up to the election, as the minister opposed the governor's re-election attempt.

There are currently two factions within the APC in Osun; one is loyal to Aregbesola, while the other supports Oyetola.

Tuesday's APC mega rally in Osun was attended by Bola Tinubu, the party's presidential candidate, as well as governors and other party stakeholders. The minister was absent.

He also did not vote in the election, and according to some stories, he traveled to Germany.

Although he was absent during the election, Aregbesola criticized his own party for losing in Osun.

The minister issued a strange comment on his verified Facebook page one hour after the results were announced.

He used Daniel chapter 4, verse 17 as his source. The minister stated, "The Most High rules over the realm of men and gives it to whomever he chooses."

"'This matter is by the decree of the watchers, and the demand is by the word of the holy ones; so that the living may know that the Most High rules in the kingdom of mankind, and gives it to whomever he wills, and sets over it the lowest of men.'"

Content created and supplied by: Chesamahitha (via Opera News )