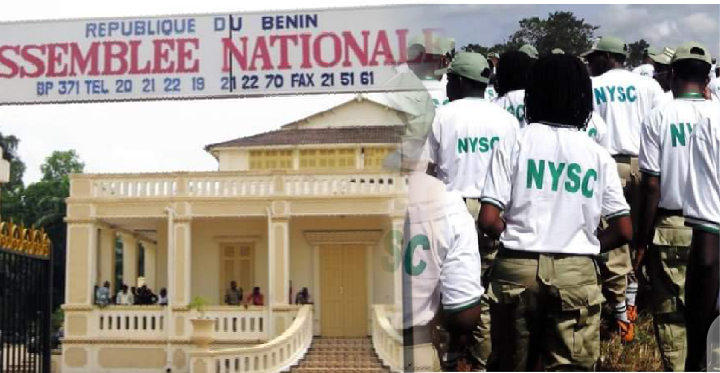 Parliamentarians in Benin have voted to legalise abortion in the West African country, where it was already authorised under restricted conditions.

Under the new law passed late on Wednesday women can terminate a pregnancy within the first three months if it is likely to “aggravate or cause material, educational, professional or moral distress, incompatible with the woman or the unborn child’s interest”. 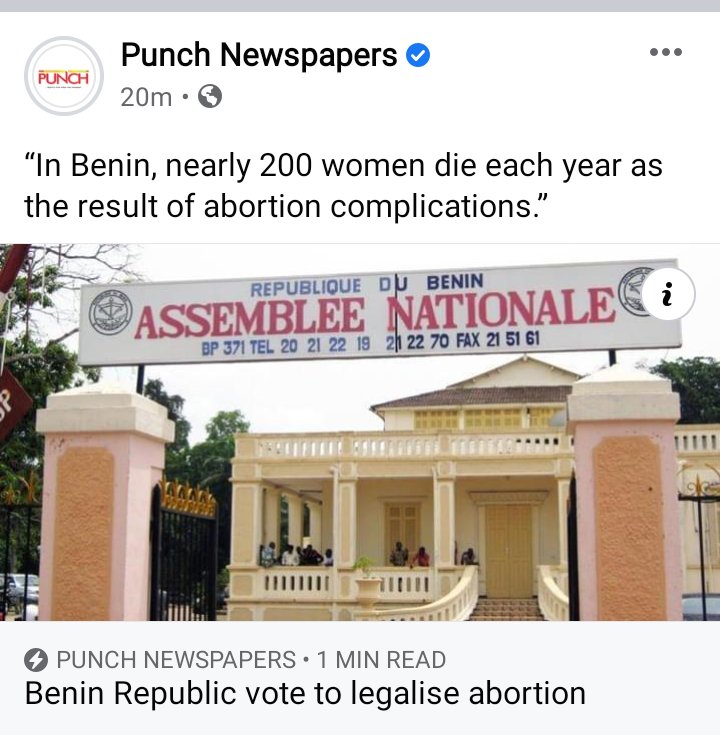 Previously, abortion was authorised if pursing the pregnancy “threatened the life of the mother”, was “the result of a rape or incest” or, when “the unborn child has a particularly severe affection”.

After a heated debate in parliament, with some lawmakers strongly opposed to legalising abortion further, the amendment finally passed.

The National Youth Service Corps in Plateau has extended the service year of 10 corps members and remobilised two others for abscondment and absenteeism during their service year.

The State Coordinator of the NYSC in Plateau, Caroline Embu, disclosed this on Thursday in Jos at the official passing out ceremony of the 2020 Batch B Stream 1 of the scheme. 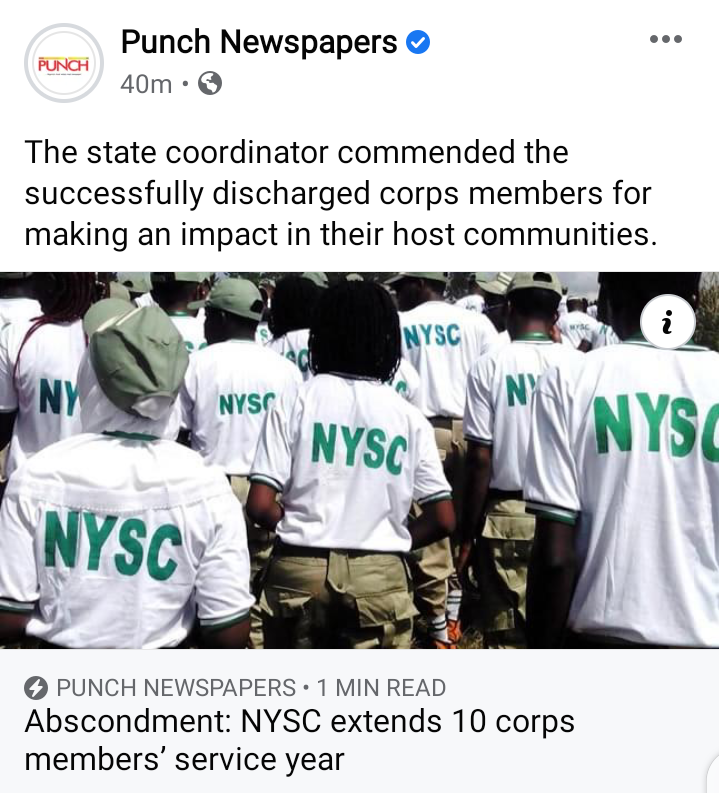 According to Embu, the 10 corps member will have their service year extended to various periods for absenteeism and abscondment.

While the two other corps members,she said, had been remobilised to repeat the service in another state with half allowance, for absenting themselves from their respective places of primary assignment for over three months.

Some leaders of the ruling All Progressives Congress (APC) under the aegis of Concerned APC Stakeholders have said they will not allow a cabal to hijack the forthcoming national convention of the party.

In a statement on Thursday, leader of the stakeholders, Abubakar Usman, said the will not allow anyone impose candidates on the party. 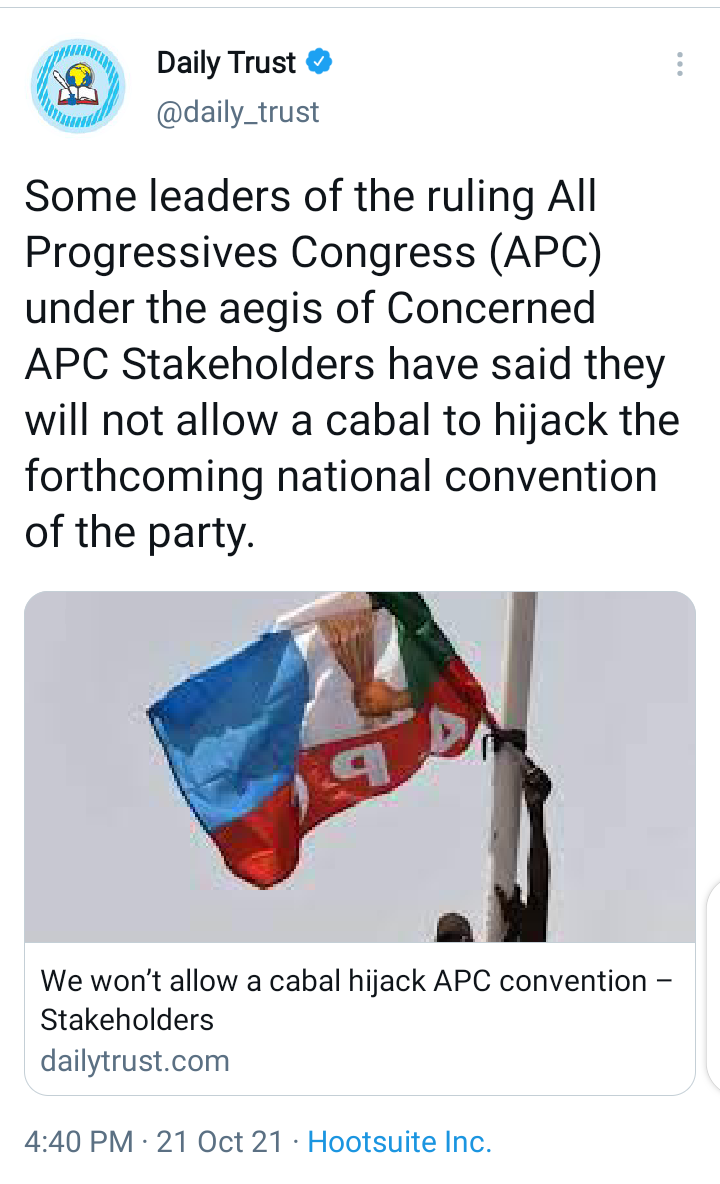 Usman said all those who genuinely love the APC must rise to curtail all practices that can weaken the party.

“Like we have maintained, it is not too late at this stage to salvage the already bad situation. The forthcoming National Convention presents an opportunity that must not be missed.”

“We must reiterate our earlier position, that any form of imposition, no matter how well we try to disguise it as consensus, cannot promote unity within the party.

APGA to Uzodinma: Rise up or resign over insecurity in Imo

The leadership of Imo All Progressives Grand Alliance, APGA has asked Gov Hope Uzodinma of Imo State to find ways to stop the killing in the state or resign if he is unable to provide adequate security to the people he is governing.

The opposition party said security of lives and property is paramount to the people, calling on Gov Uzodinma to rise up and combat increasing insecurity in the State. 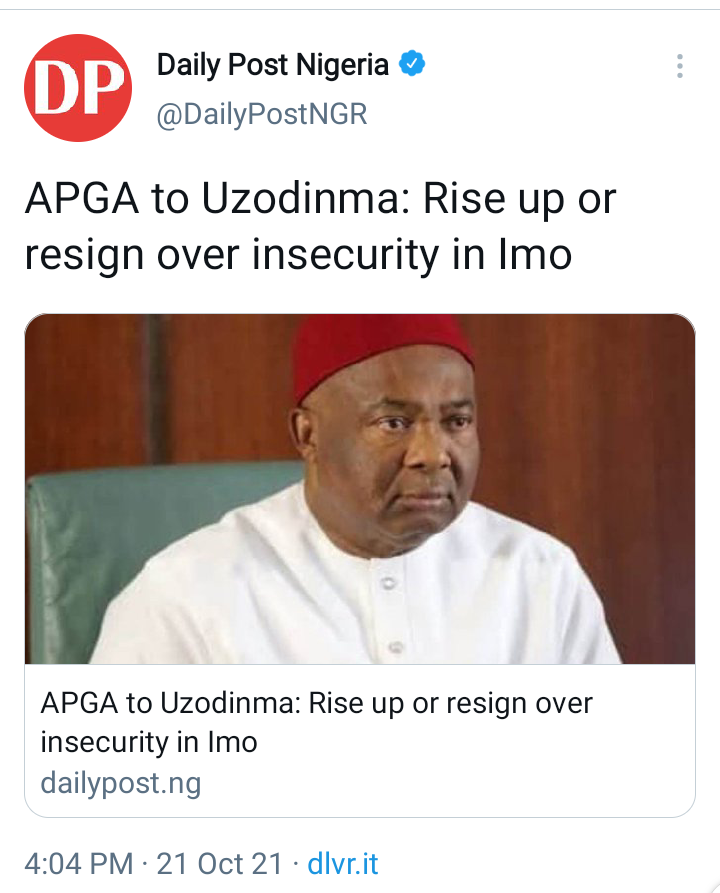 APGA said,” Indeed, Imo State has become a fiesdom of killings as no week passes without one killing or the other with accusing fingers pointing at the infamous unknown gunmen.”

The party made the call on Thursday in a release signed by Hon. Emeka Nkwoada, APGA Publicity Secretary and made available to journalists in Owerri, Imo State capital.