By #NewsUpdate (self meida writer) | 7 days 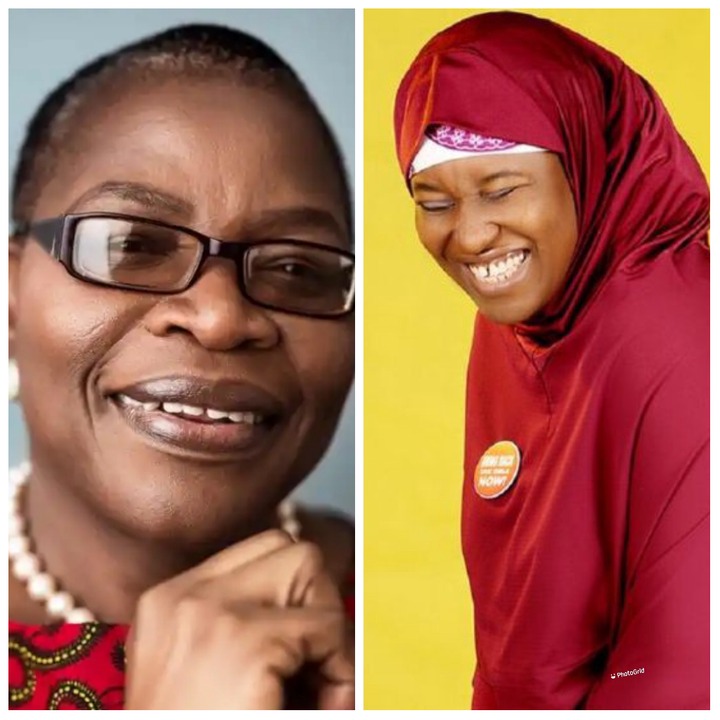 Obiageli Ezekwesili who was the former vice president of the World Bank (African Region), co-founder and founding director of Transparency International, and co-founder of the #BringBackOurGirls movement in her recent tweet shared photos of popular Twitter users who might be arrested for using the platform after it was suspended by the federal government. 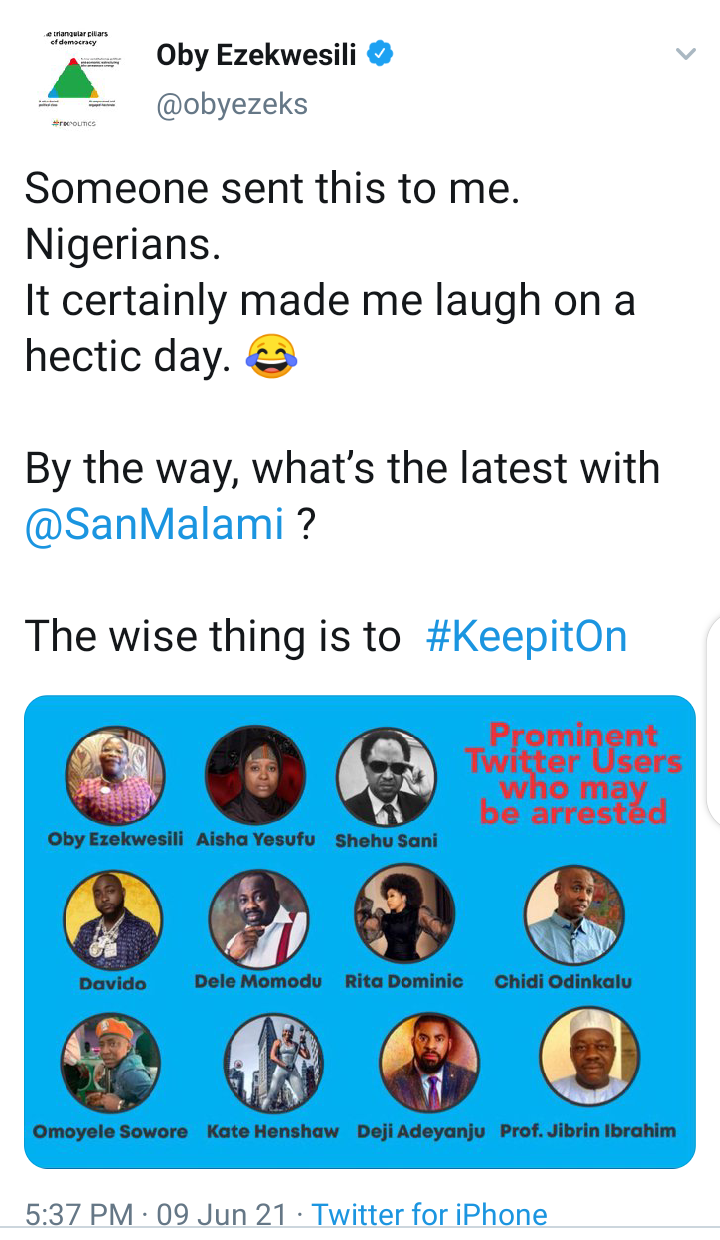 Hours after Ezekwesili shared this photos, Aisha Yesufu took to her Official Twitter handle to react. 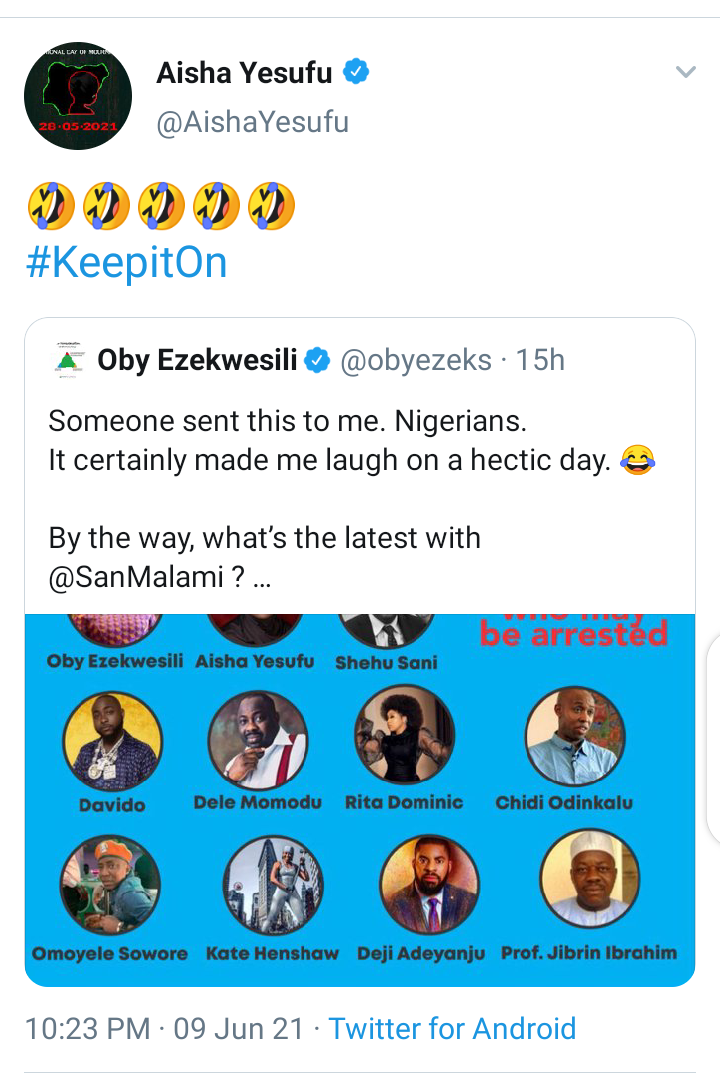 It could be recalled that the federal government has suspended the use of Twitter in Nigeria after the platform deleted a tweet posted by the President, Muhammad Buhari in which he threatened to deal with those plotting against the country, adding that those misbehaving today are too young to understand the destruction and loss of lives that occurred during the Nigerian Civil War. 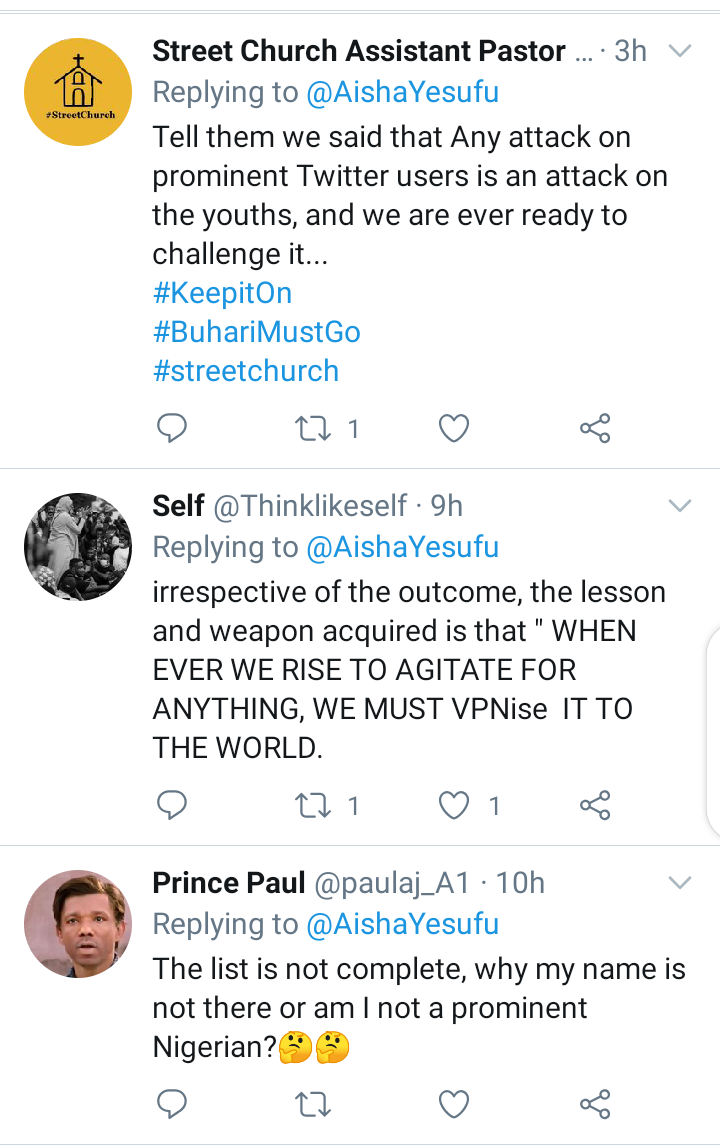 'Why you're so arrogant'-Basketmouth jokingly reacts to Olamide's new album

Check Out The Beautiful Outfits Laycon, Nengi, Ozo And Others Wore To Their BBNaija Reunion Show

3 fruit peels we thought were waste but are useful