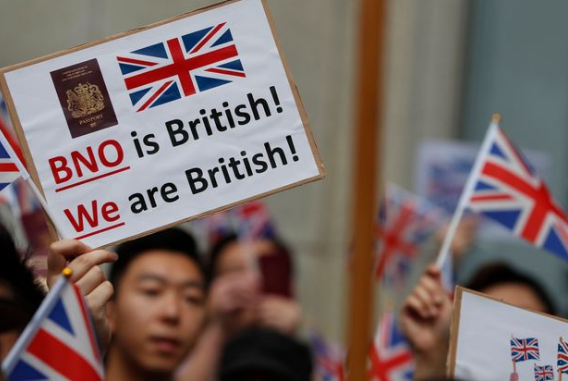 The city of Hong Kong itself was not held on a 99 year lease, nor could it be annexed.

Annexation is the administrative action and concept in international law relating to the forcible acquisition of one state's territory by another state and is generally held to be an illegal act. It is distinct from conquest, which refers to the acquisition of control over a territory involving a change of sovereignty, and differs from cession, in which territory is given or sold through treaty, since annexation is a unilateral act where territory is seized and held by one state. It usually follows military occupation of a territory. Hong Kong was ceded in perpetuity by the Chinese government by treaty at the end of the First Opium War in 1842, called the Treaty of Nanjing (or Nanking). This was the first of a number of treaties from then to the time of WW2, which the Chinese later termed the Unequal Treaties, and disavowed. The Chinese treated the occupation of Hong Kong, Macau, etc. as if they had been illegal occupations, even though they had signed the treaties and they were binding in international law. They were “unequal" because there was no negotiation - the Nanjing Treaty was discussed on a British gunboat which had sailed up the Yangtze River and threatened to bombard Nanjing, then the imperial capital of China. Hong Kong expanded by further treaties. In 1860, following the Second Opium War, British and French troops landed in China and entered the Forbidden City in Beijing. Threatening to burn it down, the Chinese government first agreed to lease much of Kowloon to the British. Subsequently, the British troops were ordered only to burn down the Imperial Old Summer Palace: Widely perceived as the pinnacle work of Chinese imperial garden and palace design, the Old Summer Palace was known for its extensive collection of gardens, its building architecture and numerous art and historical treasures. It was reputed as the "Garden of Gardens” in its heyday. The palace was so large – covering more than 800 acres – that it took 4,000 men 3 days of burning to destroy it. Many exquisite artworks – sculptures, porcelain, jade, silk robes, elaborate textiles, gold objects and more – were stolen and are now found in 47 museums around the world, according to UNESCO. 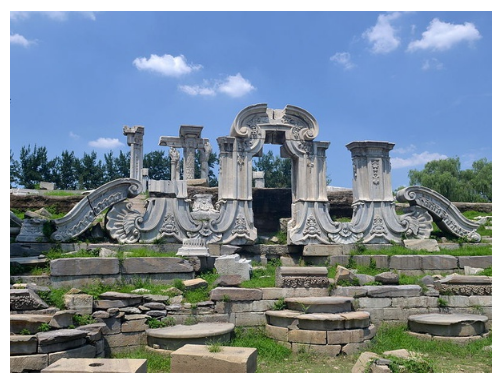 Ruins of the Old Summer Palace.

The British also looted and stole artifacts from the Summer Palace, and caused much damage to it, though it was not destroyed, and was later restored. The Chinese then ceded Kowloon in perpetuity to Britain. It should be noted that the British (in the First Opium War) and British and French (in the Second) were fighting to protect the “rights" of drug dealers - the British East India Company grew large amounts of opium in India, and sold it abroad, much of it in China. British and French warships protected them, including bombarding civilian populations when Chinese authorities dared to try to arrest the drug traffickers. In later wars, as the Chinese tried to fight back both from the social effects of the drug trade, and the unfair terms imposed on China, the colonial powers wanting a piece of the action in China grew to include Russia, Japan, Germany, Portugal, Italy and the US. As well as naval action, they even invaded China several times. To protect themselves the Chinese bought a number of warships from Europe at great cost. But they were already outdated, and at the first flimsy excuse the colonial powers attacked and sank them all. Slowly the colonial powers gave back the Chinese territories that they had acquired during this period, and the special trading and other legal rights they had acquired under these treaties. The US was partly instrumental in this, after WW1. It's actions to try to limit Japanese expansion in China was the start of diplomatic antagonism that was to lead, eventually, to Pearl Harbour. As part of the agreements made by the Allies during WW2 with Chiang Kai-shek, it was expected that this would continue after WW2, and Japan was forced to hand back Taiwan and Manchuria as part of the terms of surrender. But following Chiang's defeat in the civil war in 1950, the colonial powers took the opportunity to stall on negotiations with what became the People's Republic of China.

However, the UK couldn't stall forever. Overall the colony of Hong Kong had been expanded significantly in the Convention for the Extension of Hong Kong Territory, which was signed in 1898 in Beijing. This followed the defeat of China in the First Sino-Japanese War (1894–1895), and while Britain did not fight in that war, they took advantage of the weakened state of the Chinese state to extract further concessions (as did France and Germany). This included a 99 year lease of the New Territories, rent free. The British negotiator never expected that the lease would come to an end, expecting at some time the British would extract an agreement to also cede the New Territories in perpetuity. The extension was intended to provide military protection around Hong Kong island, there were no plans to develop it at the time. But by the 1950s Hong Kong's urban area had grown so much that Kowloon began to expand into the New Territories, and by the 1980s half of the population of the colony lived there. The New Territories also provided all of the water supply for the city, and was big enough to provide sufficient agriculture to help feed the population. Later the airport was built there. By the 1980s, this left the British government with a dilemma, whether to: Hand back the New Territories only, annex the New Territories or hand back all of Hong Kong

Annexation would have been illegal under international law, would have been condemned by the UN General Assembly (though not by the Security Council, where the UK is a permanent member with a right of veto), and would not have been supported by their allies. The US from the 1970s had sought to improve relations with China, and open up trade with them. Annexation, and the continued refusal to recognize the unfair nature of the original treaties, could have led to war with China. A war with what was by then a major power. No British gunboat was going to sail up a Chinese river and threaten to bombard their cities - it would have been blown out of the water as soon as it entered Chinese waters. The Chinese offered to respect the economic system in Hong Kong, enabling British capitalism to protect their financial investments in the colony, and even to further extend trade with the West. Unlike Argentina, who simply tried to take the Falklands by force around the same time, the Chinese maintained diplomatic negotiations, and pressure on the government of Margaret Thatcher. They knew the lease would come to an end and they could slowly strangle the colony if the New Territories were handed back. If they weren't, and the UK annexed them, the UK would be seen as the aggressor. There were voices which did advocate for these sort of aggressive actions, buoyed by the victory in the Falklands, but the more liberal minded and pragmatic wing of the Conservative government sought a peaceful solution.

The whole colony was returned to China, with the “one country two systems" arrangement. The UK was able to come out of it as the skilled negotiator, who had protected the rights of the local population, rather than the rights of investment bankers and multinational corporations. No-one seemed to remember how the UK had acquired the colony in the first place, the people who died as a result of British and other countries’ military aggression, the deep social pain of the opium trade on the millions of adicts in China, and the cultural vandalism that was perpetrated against some of their great monuments. 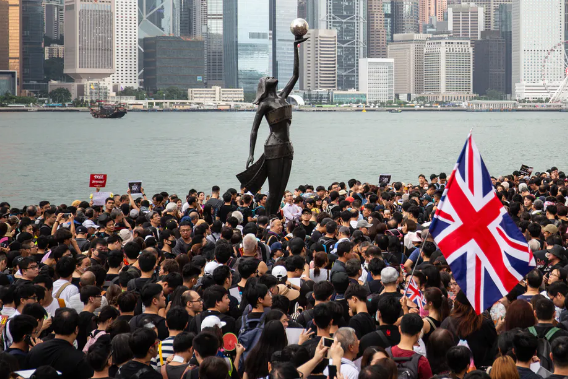