"There Is No Greater Gift for Mankind than Girl Child", Said EWYGA Leader in Girl Child Day Speech

By Ochenwari (self media writer) | 1 year ago 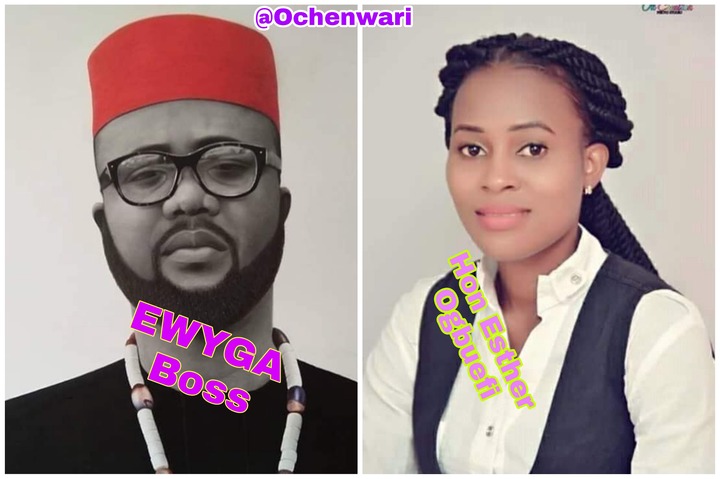 Amb. Elvis Obinna Nwankwo, the leader of Enugu West Youth General Assembly (EWYGA), an empower-the-youth and good governance advocate has join millions of people all over the world to celebrate The International Girl Child Day designated to beheld October 11.

In the official speech he sent to Ochenwari whatsap, The EWYGA leader described the girl child and women as the greatest gift for mankind. 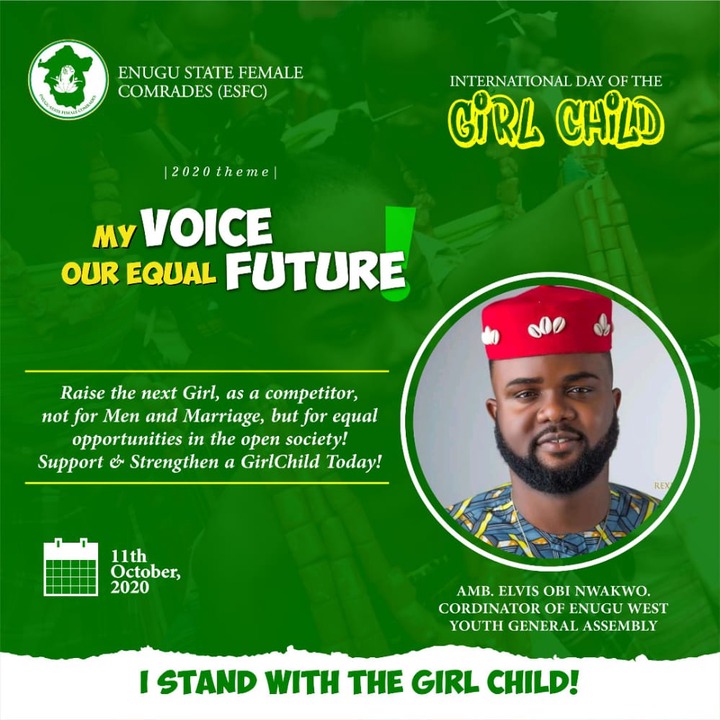 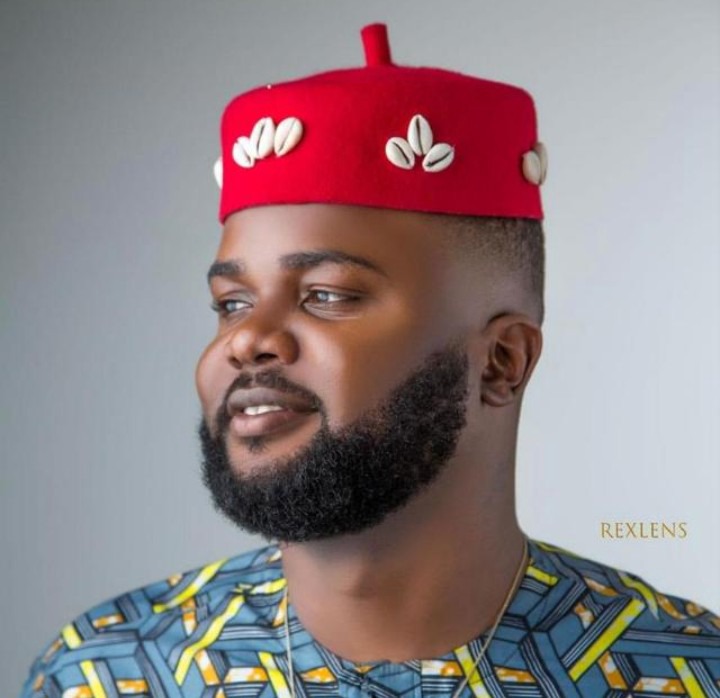 In his exact words, Engr Elvis Obinna Nwankwo said that "it takes grace to be human, but then it takes everything to be a woman.

"When you are everything the world wants you to be, you still get climbed on forcefully for being different from others. Indeed women, most especially growing girls, are one sacrosanct beings to keep protected at all times as anything may happen when womanhood has ceased to be a protected occupation.

"The above is why the International Day of the Girl Child focuses attention on the need to address the challenges girls face and to promote girls’ empowerment and the fulfilment of their human rights.

"Adolescent girls have the right to a safe, educated, and healthy life, not only during these critical formative years, but also as they mature into women. But it is unfortunate that the progress for adolescent girls has not kept pace with the realities they face today.

"COVID-19 has reinforced many of these gaps. This year, under the theme, “My Voice, Our Equal Future”, let’s seize the opportunity to be inspired by what adolescent girls see as the change they want for them to keep living freely with all smiles. The smiling faces of every little girl is the signature of God's presence. There's no greater gift of mankind than woman and the girl child. Happy International Day of Girl Child". 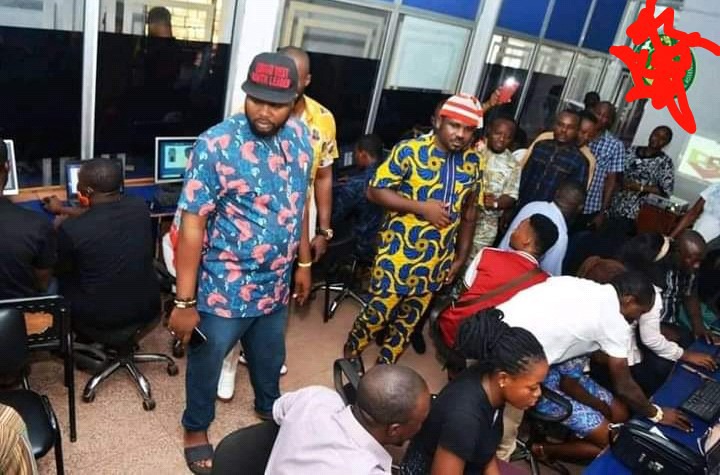 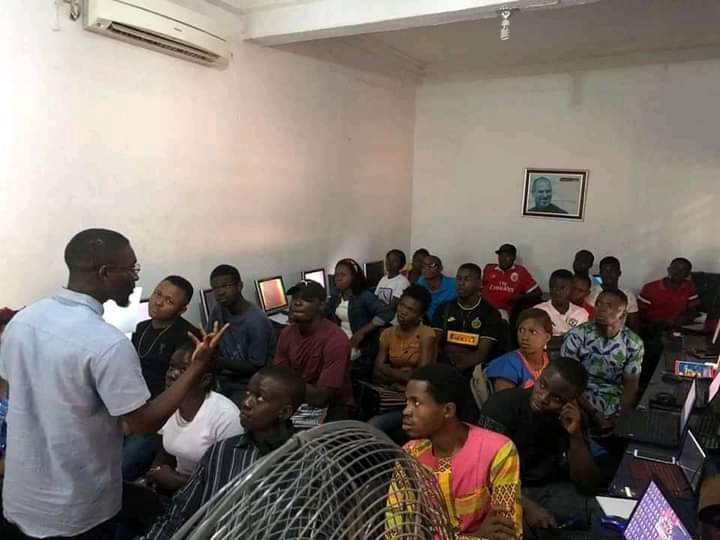 Amb. Engr. Elvis Obinna Nwankwo does not just preach the "talk", rather he works and walks the "talk". The Up-skill-the-youth initiative launched by Enugu West Youth General Assembly (EWYGA) under the leadership of Mr Nwankwo has seen not less than 200 girls trained in programming, Product design, digital marketing and what have you in technology.

EWYGA has not just succeeded at training those young beneficiaries but, sourcing employment opportunities for the trained youths in technology companies like Google, Facebook, YouTube, etc.

The leadership of EWYGA under Mr Elvis Obinna Nwankwo has become a catalyst to so many youths in the zone gaining self-awareness as The Assembly does not just train them to fit into job market but, motivated enough to work hard to employ others.