Today's Headlines: 85 Fleeing Inmates Return, Odumakin Is One Of Bravest Men In The South -Kanu

By TheIntrovert (self media writer) | 1 year ago 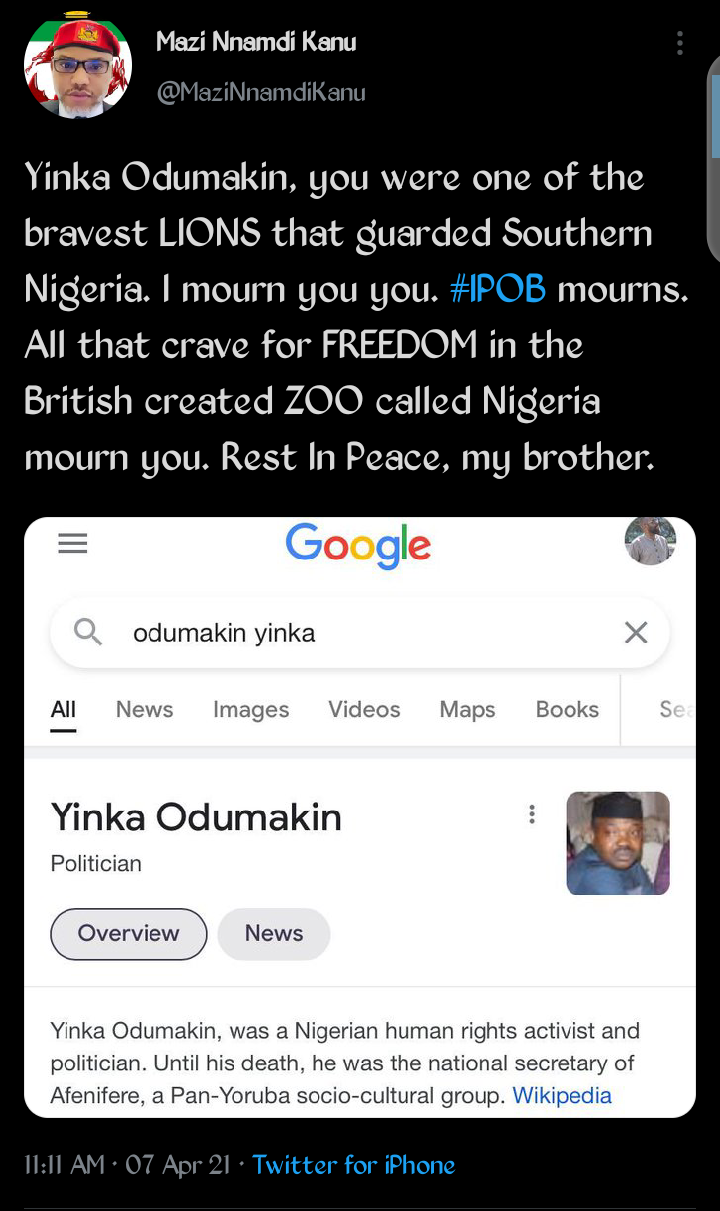 Days after the death of the National secretary of Afenifere, Yinka Odumakin, Nnamdi Kanu sends condolences message. He said in via his twitter handle that "Yinka Odumakin, you were one of the bravest LIONS that guarded Southern Nigeria. I mourn you you. IPOB mourns. All that crave for FREEDOM in the British created ZOO called Nigeria mourn you. Rest In Peace, my brother". 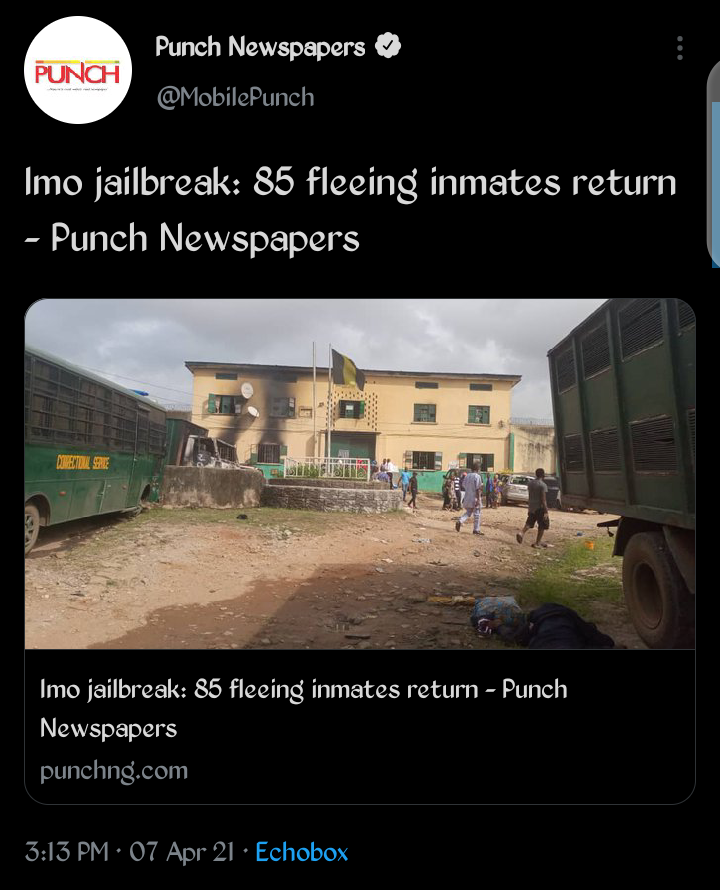 No fewer than 85 fleeing inmates have returned to Owerri Correctional Centre which was attacked on the early hours of Monday by unknown gunmen. Recall that 1,884 inmates were freed when the gunmen struck the Correctional Centre and the Imo State Police Command headquarters in Owerri, respectively﻿.

Investigations revealed on Wednesday revealed that 85 inmates had voluntarily returned to the Correctional Centre.

Adamu hands over to acting IGP. 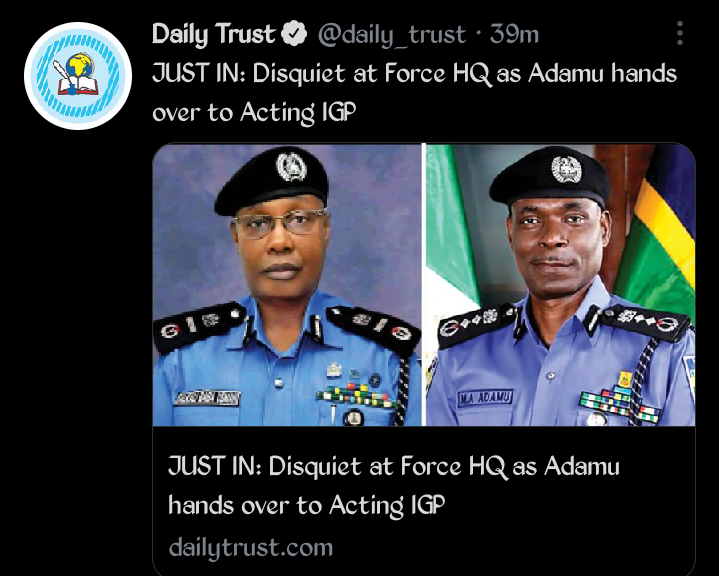 Usman Baba had earlier been decorated by Vice-President Yemi Osinbajo at Presidential Villa in Abuja. Baba was announced on Tuesday to replace Adamu in acting capacity following the recent attacks in the country particularly in the SouthEast.

When you attack police stations and free dangerous criminals, you put people in danger- Osinbajo 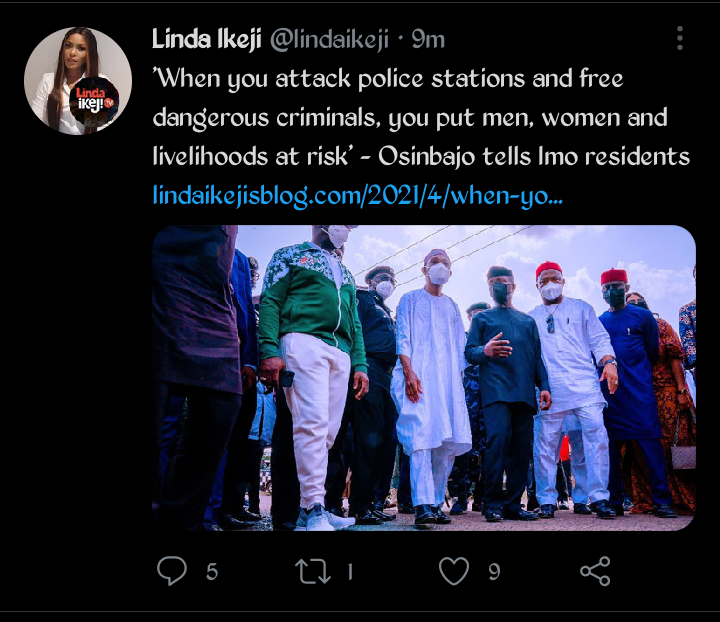 Vice President Yemi Osinbajo has condemned the recent attack of a Nigerian Correctional Services Centre and the Police Headquarters in Imo state.

Osinbajo who condemned the attack which led to freeing of an unspecified number of prison inmates during his visit to the state on Tuesday April 6, appealed to Imo residents to resist any attempt to turn the progress and peace the state is set, to experience to conflict and disruption. 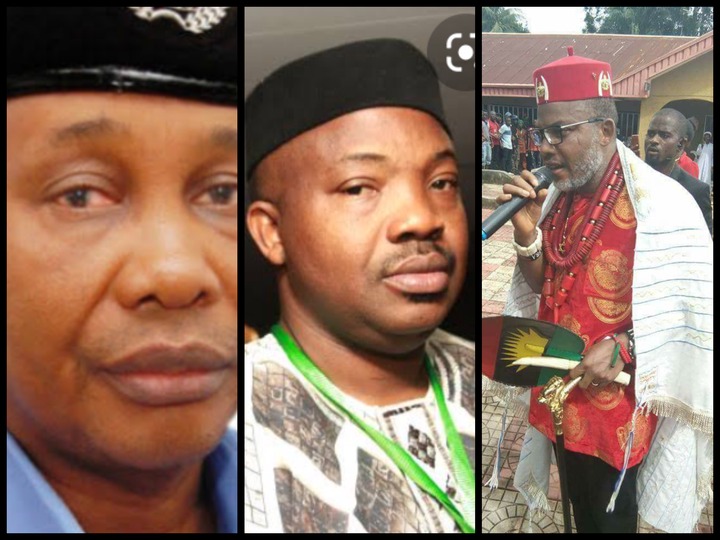 Content created and supplied by: TheIntrovert (via Opera News )