By HEATED (self media writer) | 1 year ago

The House of Representatives has begun investigations into the alleged illegal removal of the managements of three federal agencies by the Minister of Labour, Employment and Productivity, Chris Ngige; and the Minister of Power, Sale Mamman. The affected agencies are the Nigeria Social Insurance Trust Fund, Nigerian Bulk Electricity Trading and Transmission Company of Nigeria. The investigation, which began on Monday in Abuja, was organised by an ad hoc committee of the House chaired by Rep. 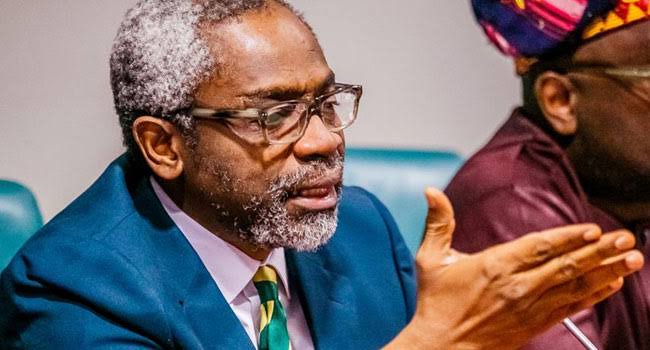 House of Representatives has begun investigation into the documents of Chinese immigrants living in Nigeria. The investigation, which began on July 20 in Abuja, is being conducted by the joint House committees on Interior, Nigeria Content Development and Monitoring and Commerce. The Speaker of the House, Rep. Femi Gbajabimila, recalled that in April, photos and videos, which went viral on the social media, allegedly depicted institutionalised racial discrimination, maltreatment of Nigerians in China.

The Speaker of the House of Representatives, Femi Gbajabiamila, has empathised with the acting Managing Director, Niger Delta Development Commission, Prof. Kemebradikumo Pondei, following his collapse at the ongoing N40 billion probe. Gbajabimila, who made a surprise appearance at the venue of the hearing on Monday in Abuja, also apologised for the poor ventilation in the hall. The parliamentarian said he had instructed doctors at the National Assembly to see to Pondei’s speedy recovery.

The Adamawa State Police Command has paraded 33 kidnappers and 10 robbery suspects as well as 16 others allegedly involved in inciting communal conflict in the state. Olugbenga Adeyanju, Commissioner of Police in Adamawa State, confirmed the development while parading the suspects on Monday in Yola. Adeyanju said the arrests were made from the July 1 to date as a result of relentless efforts of police personnel.

Governor David Umahi of Ebonyi State on Monday announced that he would disengage from service some categories of aides, numbering more than 1,000, on August 1 due to non-performance in their duties. Umahi made the announcement in Abakaliki during a virtual swearing-in of some Special Assistants and Caretaker Chairmen of Local Governments, among others. He noted that governance of the state was no longer “business as usual”.

The Joint Admissions and Matriculation Board has directed all tertiary institutions to begin the conduct of the first and second choice admissions from August 21, 2020. The Board gave the directive in the 2020 admission guidelines released in Abuja by the board Spokesperson, Dr. Benjamin Fabian, on Monday. Fabian, in the guidelines, warned institutions against duplication of forms, adding that they should desist from selling forms for admissions into some listed programmes.

The Corps Commandant of Amotekun in Ekiti State, retired Brigadier General Joe Komolafe, says ancient and modern security techniques would be deployed to tackle crime in the state. The News Agency of Nigeria reports that Amotekun is the security outfit initiated by the six states in the South West zone to tackle crime in the region. Komolafe spoke at Efon Alaaye during a sensitisation tour to the three council areas of Ekiti West, Efon Alaaye and Ijero.