By Stiffler (self meida writer) | 17 days

Self Acclaimed Digital Ogbanje popularly known as Angela Nwosu has taken to her facebook page to speak on a sensitive subject regarding her giveaways.

According to the social media influencer she has to deal several wrong impressions that trail her charitable actions. 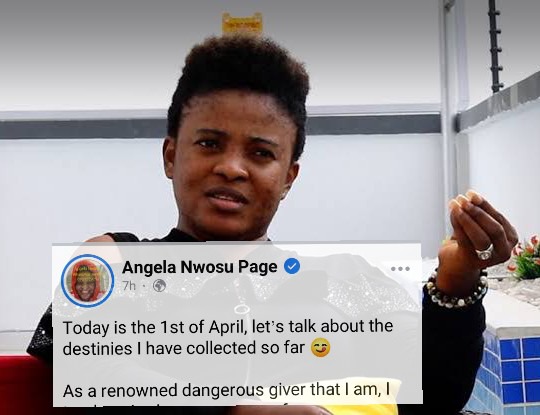 Today is the 1st of April, let’s talk about the destinies I have collected so far.

As a renowned dangerous giver that I am, I tend to give huge amounts of money sometimes. I understand why people end up saying I am collecting their destiny, because I am sure nobody has ever given them such amounts of money before It’s not my fault, my heart is extra large, I can’t help it

Imagine giving people you don’t know amounts like 1m, 500k, 800k, 300k, 350k, 250k, 200k, 100k and so on, individually, with no strings attached, people I met on Facebook, I don’t even know who they are or where they live in real life, it’s not a loan, free money, just like that. Why won’t some of them or people around them say I gave them the money to take their destiny?

They’ve been on social media for years, with their so called destiny intact, it’s the day they collect money from me, money that they could have simply rejected, money that wasn’t given at gun point o, it’s that day they will start looking for their destiny, but still go ahead to spend the money with reckless abandon, and turn around to hate me, instead of returning the money. I don suffer Tomorrow, they call me fake, so how am I able to collect your destiny if I am fake?

I hope the person I will give a car as fan of the year in December, won’t come out tomorrow to say I used the car to collect the destinies of their entire generation? Car money no be small money o, and I don’t intend to buy cabu cabu. I hope I get a genuine fan that will represent positively. 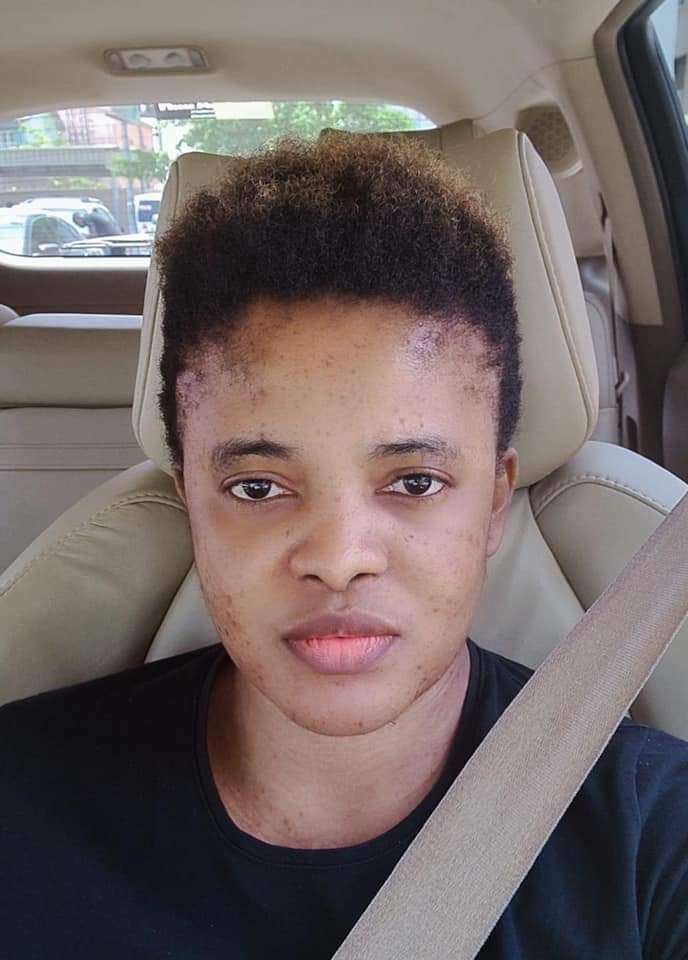 What are your thoughts on this!

Gorgeous Hairstyles To Make Your Little Princess Slay Like A Model

When You Spray Too Much Perfume, Do These Immediately