By KaptainWendy (self meida writer) | 18 days 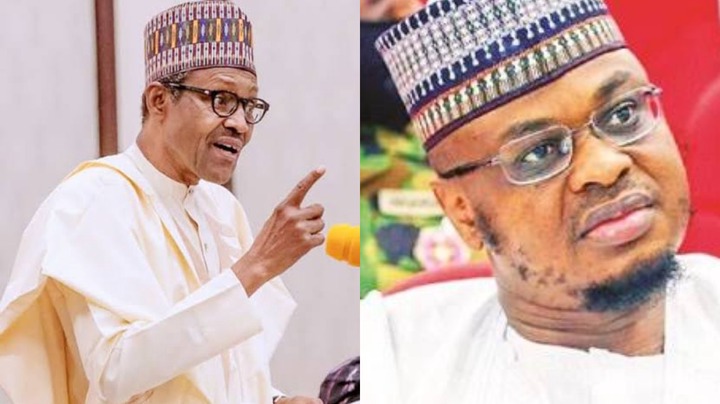 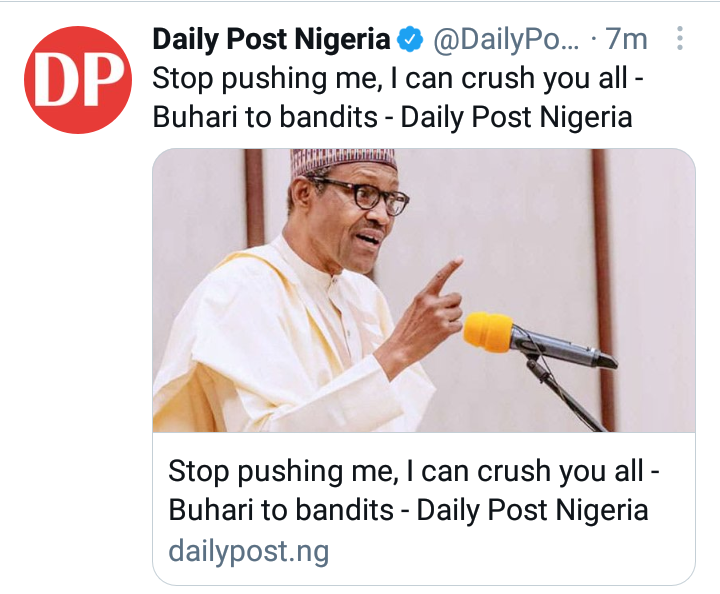 The Nigerian leader warned that such wanton disregard for life will be brought to an end sooner than later.

The President directed the military, security and intelligence agencies to take immediate steps to close all existing gaps in their operations being exploited by criminals to wreak havoc.

He expressed hope the Special Operation launched by the military at 3:00am on Thursday from Maru Local Government area will prove decisive in ridding the state of the frequent and horrifying bandit activities.

Buhari has called on the security forces to redouble their efforts in bringing an end to this mindless violence against innocent people.

Buhari reassured the people of Zamfara State that, despite the latest set back in our efforts to protect our citizens, there will be no compromise in our determination to defeat these enemies of humanity. 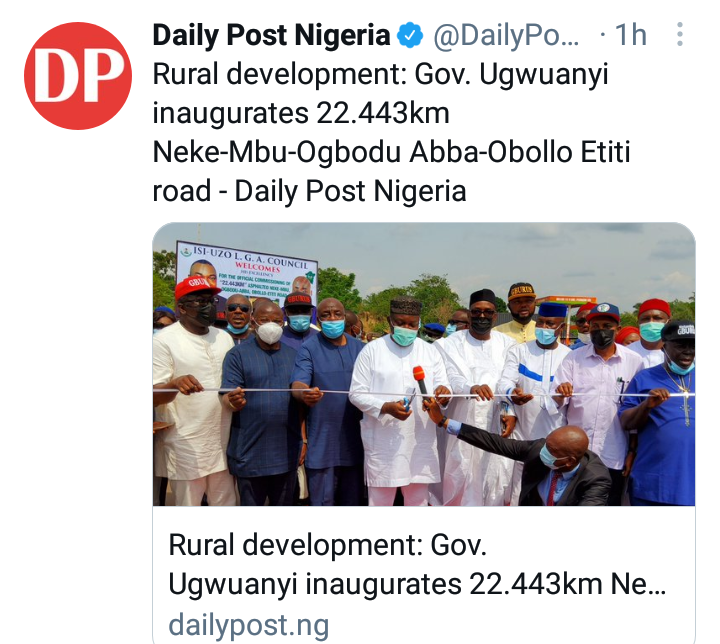 Governor Ifeanyi Ugwuanyi of Enugu State, on Thursday, inaugurated the newly asphalted 22.443km Neke-Mbu-Ogbodu Abba-Obollo Etti road which was awarded under the Phase one roads of the Rural Access and Mobility Project (RAMP-2) in the state.

Inaugurating the all-important rural road which connects Isi-Uzo and Udenu Local Government Areas of the state, Gov. Ugwuanyi disclosed that the project was in line with his administration’s rural development agenda, stressing that it will ease the movement of goods and persons while advancing our administration’s rural connectivity and integrated development strategy.

Gov. Ugwuanyi expressed gratitude to the World Bank and French Development Agency (AFD) for yielding to his administration’s persuasion for the novelty in asphalting of RAMP-2 roads in the country.

The governor therefore tasked the beneficiary communities to take ownership of this critical infrastructure, protect it and optimize its utilitarian value, stressing that Our administration is committed to the establishment of Enugu State Rural Road Maintenance Agency for enhancement of the durability and serviceability of rural road infrastructure while we desirably strive to participate in the RAMP-2 successor Project, the Rural Access and Agricultural Marketing Project (RAAMP), for consolidation of the gains made in RAMP-2. 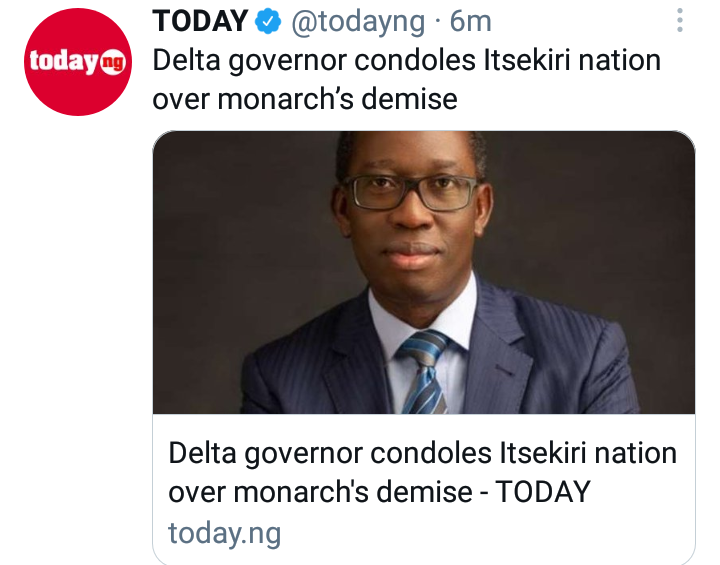 Delta State Governor Dr Ifeanyi Okowa on Thursday condoled with the Itsekiri people in the state on the passing of their monarch, Ogiame Ikenwoli, the Olu of Warri.

Governor Okowa told members of Olu of Warri Advisory Council, who visited him at Government House, Asaba, that the departed Olu was an epitome of peace who built bridges across ethnic divides in the country.

He stated that the late Ogiame contributed immensely to the peace and development of not only Warri Kingdom, but the state and the country.

The governor congratulated the Olu-designate, Prince Tsola Emiko, on his emergence and called on the Itsekiri people to give him their full support.

He urged the Olu Advisory Council, led by the Iyatsere of Warri Kingdom, Chief Johnson Omatseye, to do its best to unite everyone and ensure that there was peace in Warri Kingdom.

He urged all aggrieved persons in the process of picking a new Olu to sheath their swords to ensure that everything was done peacefully and in unity in the overall interest of Itsekiri people.

Earlier, Chief Brown Mene, speaking for the delegation, said the visit was to intimate the governor on the demise of the Warri monarch and the enthronement of a new one.

The delegation also condoled with the governor on the demise of his father, Pa Arthur Okorie, who died in January.

The high point of the visit was the presentation of a letter to the governor formally notifying him of the demise of the monarch. 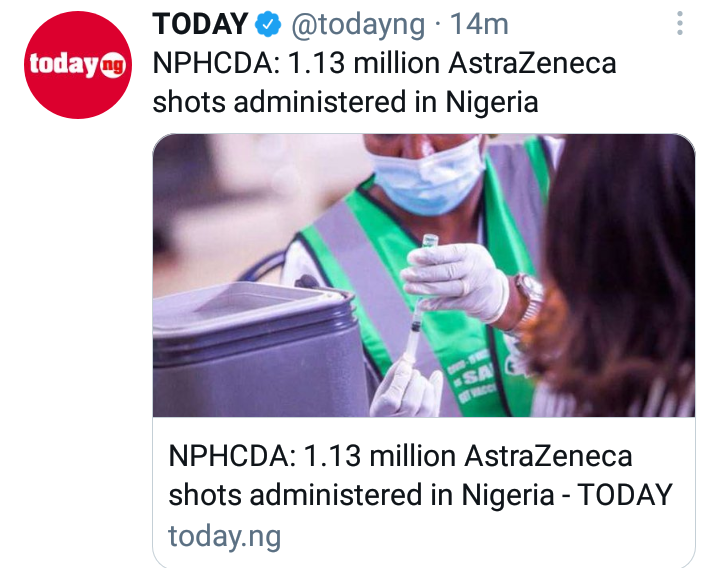 No fewer than 1.13 million shots of AstraZeneca COVID-19 vaccines have been administered across the 36 States of the Federation and the FCT.

The National Primary Health Care Development Agency (NPHCDA) made this known on its official Twitter handle on Wednesday.

It noted that some of the states went a step further to vaccinate willing pensioners, people aged 70 and above, teachers and journalists during the same period.

The agency said that Lagos state was the only state that inoculated more than 200,000 residents during this first phase of vaccination in the country.

It added that the Federal Government has directed states not to exceed the 50 per cent utilisation of the vaccines, to allow for a second dose to those who have taken their first.

Meanwhile, the agency advised Nigerians to check their vaccination cards for their next appointment dates and where possible to try to go to the same health facilities where they got their initial dose for their second dose.

It added that people who have received the first dose should not pre-register before going to the health facility for the second dose because they have already been capture.

Newsmen report that Nigeria began COVID-19 vaccination on March 5 after receiving 3.94 million doses of the Oxford-AstraZeneca vaccine through COVAX, a UN-backed effort that promises access to free vaccines for up to 20 per cent of participating countries’ population.

The country has received another 300,000 doses of the Astrazeneca vaccine from telecom giant, MTN and 100,000 doses of Covishield COVID-19 vaccines from the India government.

Meanwhile, the Federal Government said the global scarcity of COVID-19 vaccines may delay the administration of the second dose. 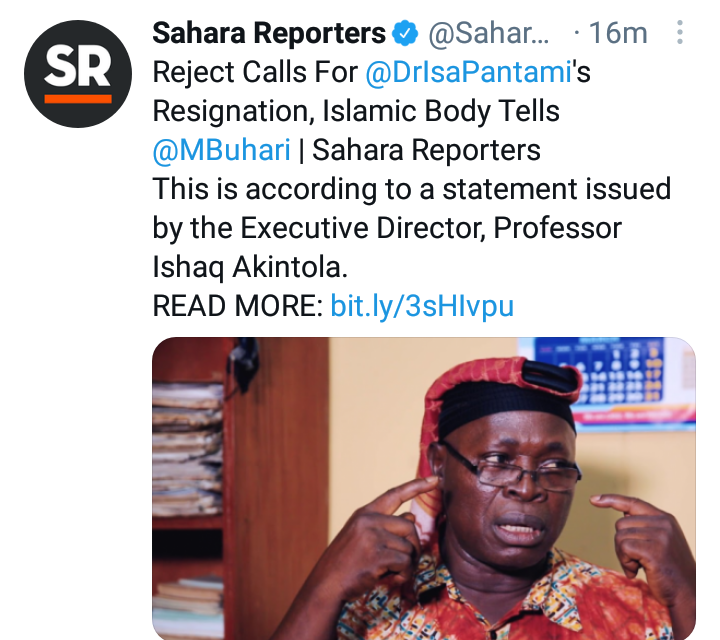 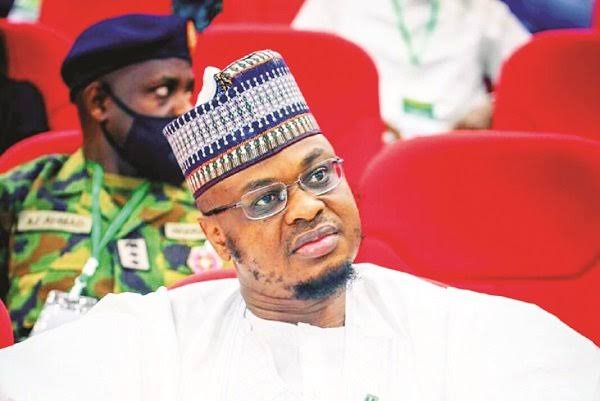 The statement was titled "Pantami: Call for resignation afterthought, belated. The group condemned Pantami's critics, claiming it is a ploy to weaken the President Buhari-led administration. It also alleged that the critics want to score a cheap political point with their demand for Pantami’s resignation.

Omoyele Sowore Blasts Yahaya Bello for Constructing A Bridge Which Collapsed in Less than a Week.

To Succeed In Some Of Your Plans, Don't Hide These 3 Things From Your Trusted Friend

Here Are 8 Things You Should Avoid Doing This Rainy Season, In Order Not To Get Hurt.