It's An Investigation Not A Trial, Femi Adesina Speaks On Suspended EFCC Chairman Ibrahim Magu

Some Nigerians are still confused as to whether Ibrahim Magu, the suspended Chairman of the EFCC is beem investigated or being tried. This is so because journalists have not been allowed to cover what has been happening. But the Presidential spokesman, Mr. Femi Adesina had cleared the air on it. According to the statement he made on Politics Today, political program of Channels TV anchor by Political Correspondent, Seun Okin, Ibrahim Magu is not on trial, but he is being investigated. 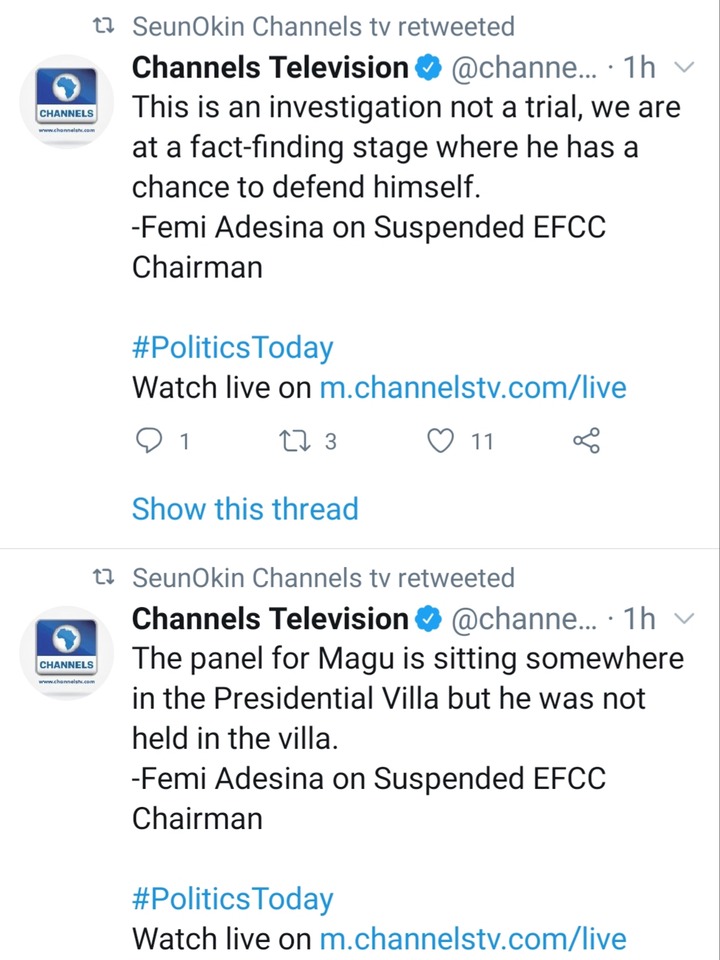 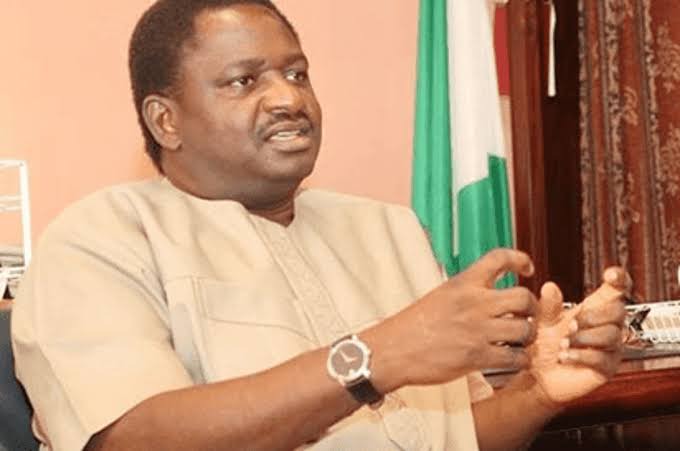 He went further to state that the Presidential Panel is sitting somewhere at the Presidential Villa. It could be recalled that some Nigerians, especially lawyers have frowned at the continued detention of Ibrahim Magu at the Force CID facility in Abuja. Today he was released from police custody after his lawyers had written to the Inspector General of Police, Mohammed Adamu asking that Magu should be released from detention. It could be recalled that Ibrahim Magu was reportedly arrested on Monday last week by the Department of State Services at Wuse II Abuja. 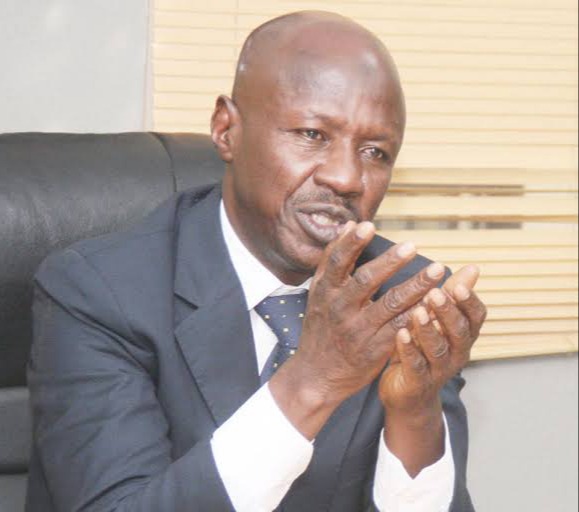 He was accused of siphoning part of the money he recovered from looters, insubordination to the Attorney General of the Federation, and sale of recovered properties to friends and some EFCC officials. 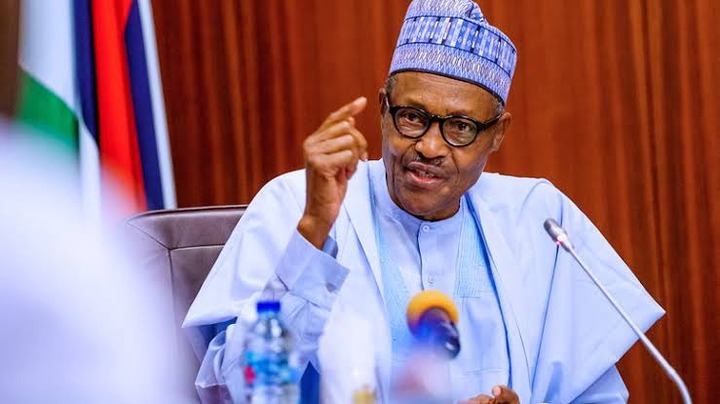 President Muhammadu Buhari has since suspended him and appointed Mohammed Umar head of the operation of the commission to be the acting Chairman of the EFCC.

Content created and supplied by: 360writer (via Opera News )