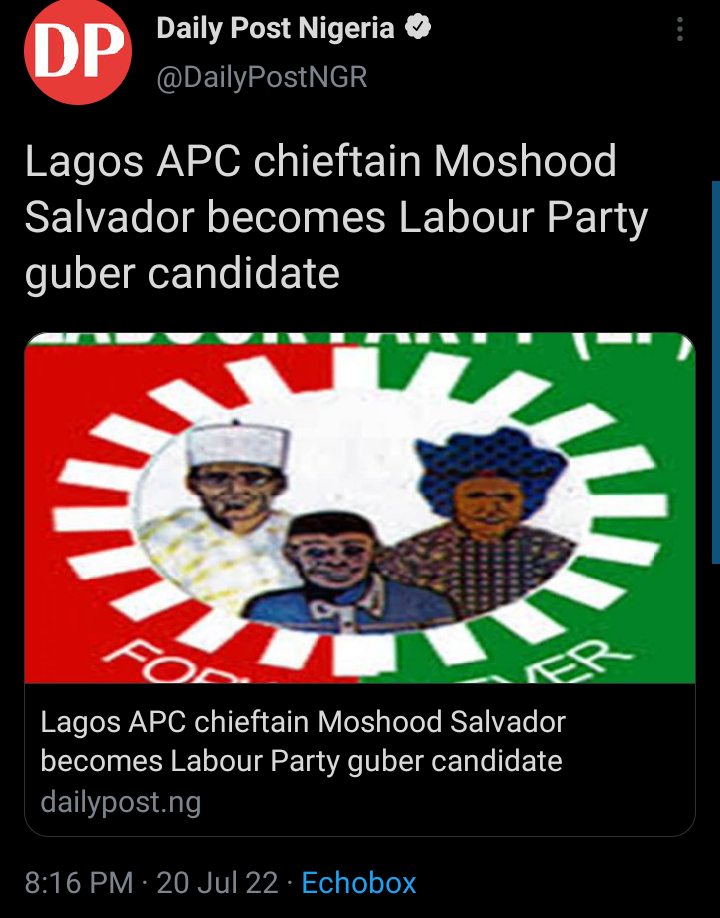 An All Progressives Congress (APC) chieftain in Lagos State, Moshood Salvador, defected to the Labour Party (LP) on Wednesday.

Salvador announced that the national leadership of LP had given him the 2023 governorship ticket.

The leader of Conscience Forum (CF) in Lagos APC said he was moving to his new party with all members of the forum.

At the official declaration in Surulere, Salvador expressed confidence that the platform would perform well at the polls. 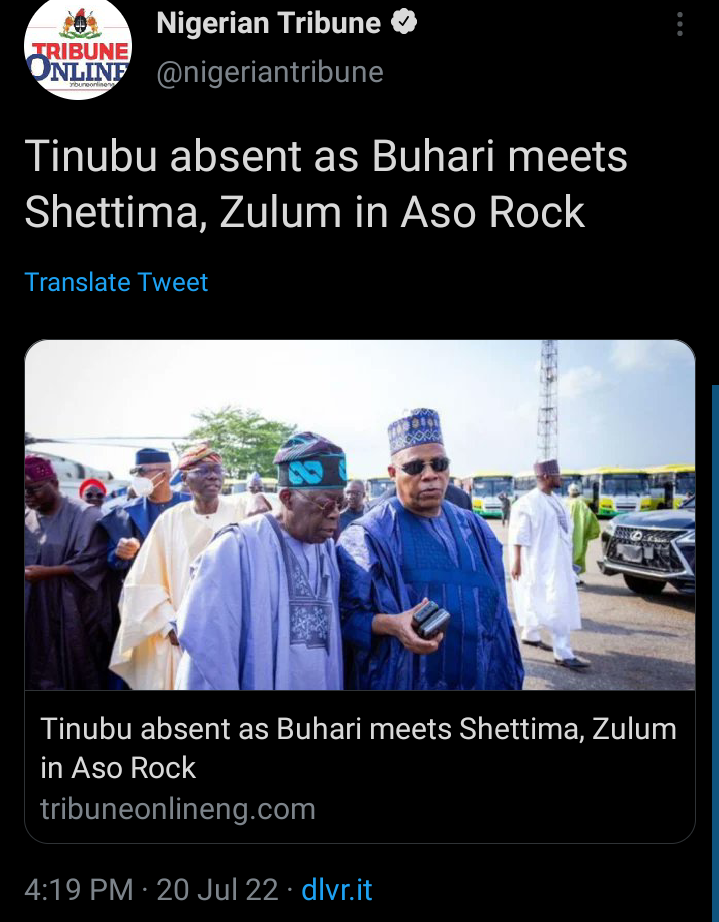 President Muhammadu Buhari, on Wednesday, met with the vice-presidential candidate of the All Progressives Congress (APC), Kashim Shettima, and the Governor of Borno State, Babagana Zulum, at the Presidential Villa, Abuja.

It was the first time the ruling party’s presidential running mate would be visiting the seat of power since being selected by the presidential candidate of the party, Bola Tinubu.

Tinubu, who had earlier in the day publicly unveiled Shettima, was conspicuous by his absence during the visit even though it was not immediately known what the mission to the villa was about. 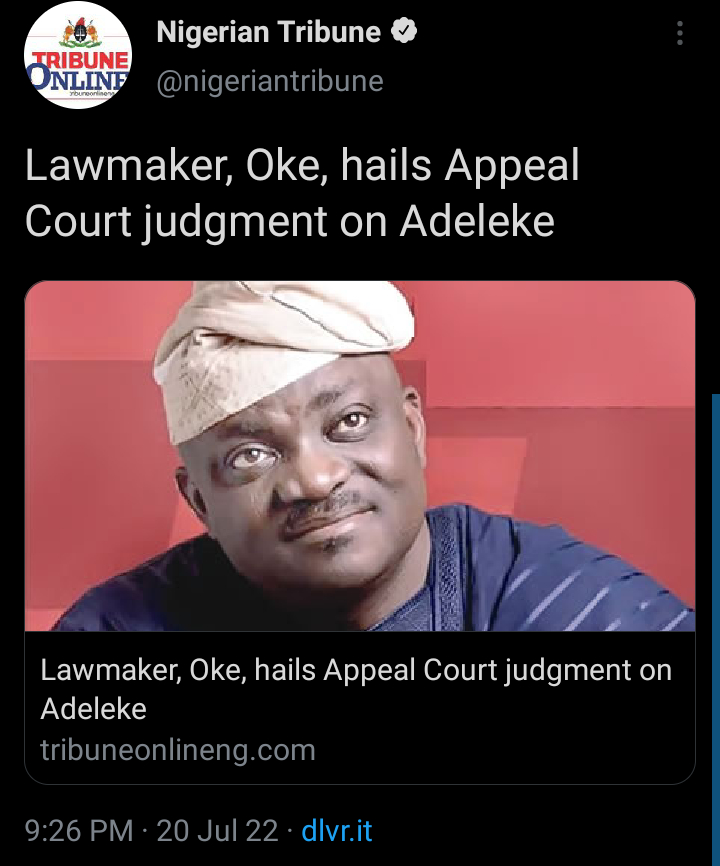 The Federal Lawmaker representing Oriade-Obokun Federal Constituency of Osun State, Hon Busayo Wole Oke has applauded the judgment of the Court of Appeal Akure Division which affirmed the Peoples Democratic Party (PDP) governorship primary that produced the Osun State governor-elect, Senator Ademola Adeleke, as the candidate of the party in the last governorship in the state.

This was contained in a statement made available to newsmen on Wednesday shortly after the verdict he described as victory for democracy.

Hon Oke who is also the Chairman of the House of Representatives Committee on Public Account congratulated the people of the State and charged all Party stakeholders in the State to remain united behind Sen. Ademola Adeleke in his determination to institute a transparent, people-oriented and development-based government that would rebuild and revamp Osun State from the misrule of the All Progressives Congress (APC) 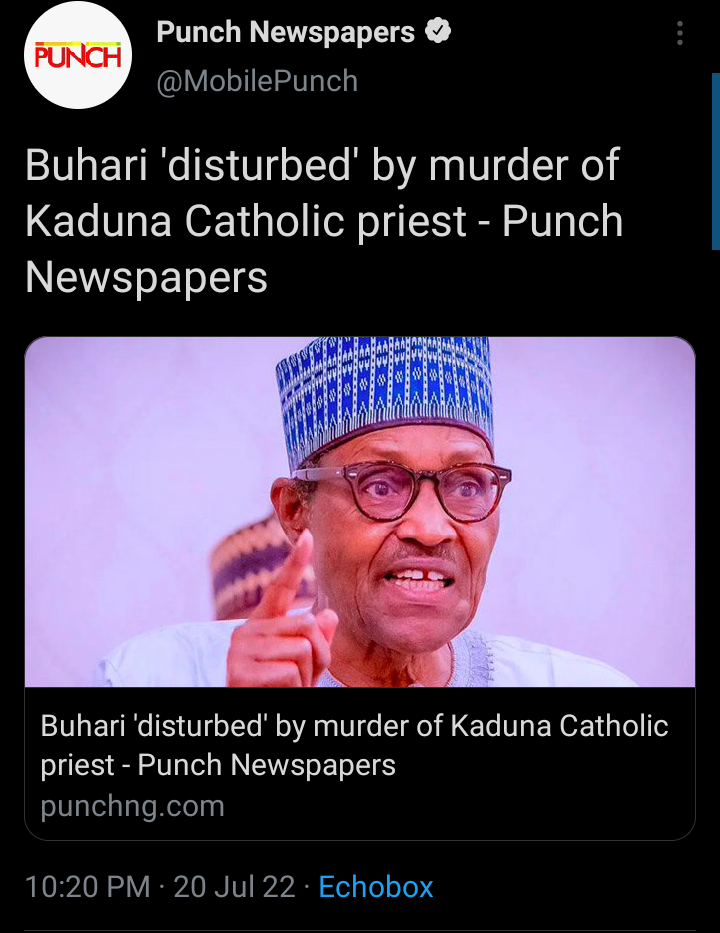 The President Muhammadu Buhari On Wednesday, said he was “deeply disturbed” by the murder of a Catholic priest, John Cheitnum of the Kafanchan Catholic Diocese, four days after he was seized by gunmen.

According to a statement signed by his Senior Special Assistant on Media and Publicity, Garba Shehu, the President once again, assured Nigerians that he is determined to crush terrorists whom he described as “enemies of humanity." 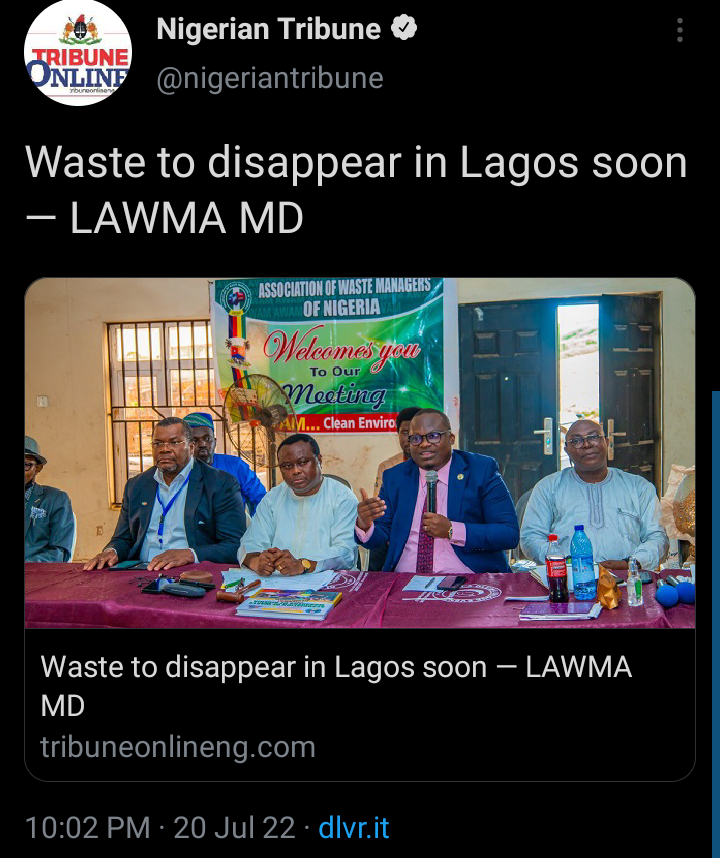 The Managing Director/CEO of the Lagos Waste Management Authority (LAWMA), Mr Ibrahim Odumboni, has given assurance, that the backlog of waste dotting the cityscape would be a thing of the past in seven days.

He said this while coordinating operational activities around the city, adding that LAWMA would exploit the gradual cessation of rainfall and appreciable progress on landfill rehabilitation, to achieve the feat.