Breaking News headlines for this afternoon, Monday 20th of July, 2020 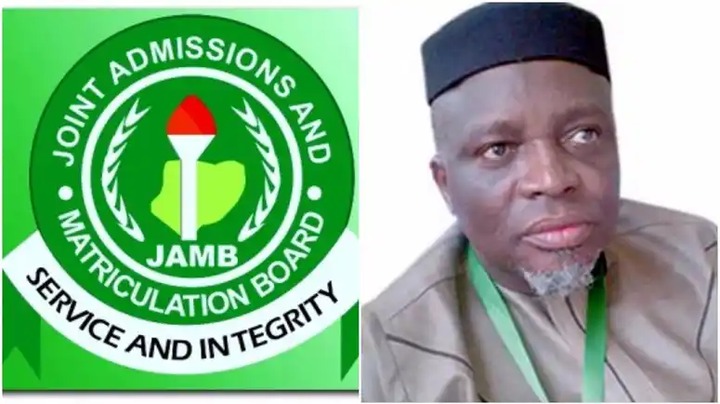 The Joint Admissions and Matriculation Board (JAMB) has directed all tertiary institutions to begin the conduct of the first and second choice admissions from August 21.

The board gave the directive in the 2020 admission guidelines released in Abuja by the board Spokesperson, Dr Benjamin Fabian.

Dr Fabian, in the guidelines, warned institutions against duplication of forms, adding that they should desist from selling forms for admissions into some listed programmes.

He urged institutions to advise candidates to apply for the programmes through its office, saying that all admission exercise must be conducted on the Central Admission Processing System.

“All applications for admissions to First Degree, National Diploma, National Innovation Diploma and the Nigeria Certificate in Education into full-time, distance learning, part-time, outreach, sandwich, etc, must be processed only through JAMB.

”Institutions that desire to place advertisement can do so by advising candidates who applied for the current Unified Tertiary Matriculation Examination to change to their institution as first choice rather than requesting the candidates to purchase another application form or apply.

”This is to prevent the issue of double registration which is a violation of the JAMB mandate,” he said.

2.Another aspirant, Abraham steps down for Akeredolu 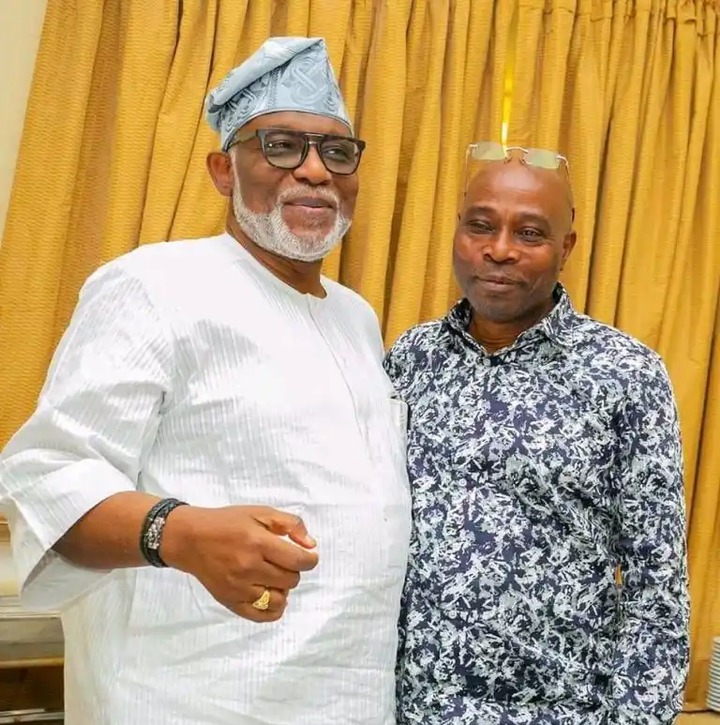 Segun Abraham, another strong contestant for the All Progressives Congress (APC) party governorship ticket in Ondo State has stepped down for Governor Rotimi Akeredolu.

This is coming hours after Engr. Ifeoluwa Oyedele joined forces with the Governor.

Olusegun Abraham, a successful businessman and accomplished politician, is one of those who has been evaluated as standing a chance to depose Akeredolu.

In the primary APC elections for the gubernatorial candidate in 2016, Segun Abraham was the runner-up with a little over 50 votes behind Rotimi Akeredolu.

P.M News also gathered that more aspirants are expected to follow Oyedele and Abraham’s steps as the primary kicks off shortly.

3.All set for APC primary election in Ondo All is now set for the All Progressives Congress party to elect the standard-bearer for the October governorship election in Ondo State.

The party’s primary election will be contested by the state Governor, Rotimi Akeredolu, and 9 other aspirants.

The primary will hold at International Event Centre, Dome Akure, the state capital.

Below are some of the photos from the party’s voting centre on Monday morning.

4. Army silent over killing of 23 Nigerian soldiers in Katsina ambush 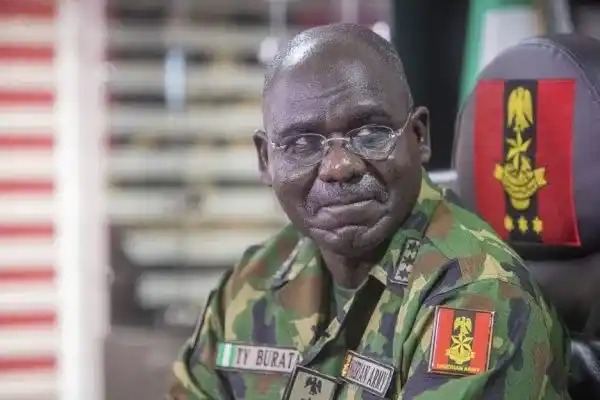 There is no official confirmation or reaction yet by Nigeria’s military authorities 48 hours after the massacre of some soldiers by bandits in an ambush in Katsina.

No fewer than 23 soldiers were killed Saturday when they were ambushed by a gang of “bandits” in a remote village in Katsina state.

According to security sources, the bandits opened fire on the soldiers who were on foot patrol in a forested part of the Jibia district in Katsina state.

“The bodies of 23 soldiers have been accounted for while some are still missing,” the sources said.

The massacre of Nigerian troops came same day that an improvised bomb exploded in a nearby village, killing at least seven persons and injuring another ten.

5. Buhari runs ‘most corrupt presidency’ in Nigeria since 1999 – Pastor Giwa 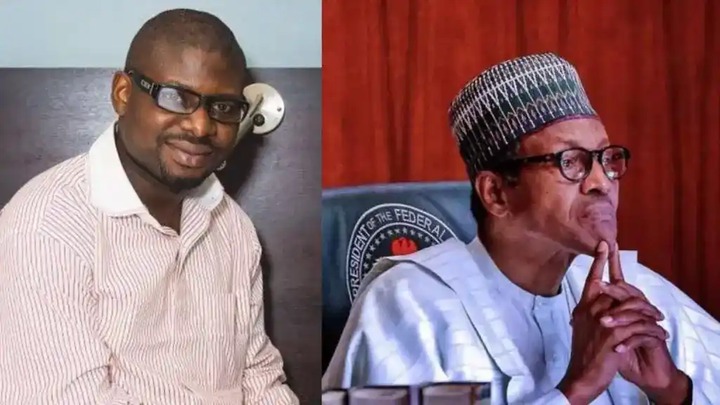 Senior Pastor of the Awaiting The Second Coming Of Jesus Christ Ministry, Adewale Giwa has accused President Muhammadu Buhari of leading the most corrupt administration in Nigeria since 1999.

Pastor Giwa said Buhari and the All Progressives Congress, APC, deliberately put Nigeria in a quandary for five years, through corruption.

He made the remark while addressing his church members on issues affecting the country on Sunday and was contained in a statement he forwarded to DAILY POST titled: “Buhari runs the ‘most corrupt presidency’ while Nigeria in a quandary for 5 years.”

According to Giwa: “Political entities will split into smaller parts ahead of 2023 and this development may pave the way for total disintegration in Nigeria.

“Nigeria has been in a state of mental uncertainty since President Buhari took over. They told us they came to fight corruption, but they are running the most corrupt presidency since 1999.

“Babachir David Lawal, the former Secretary to the Federal government under Buhari was indicted of stealing millions of emergency funds along Ayo Oke, where are they today?

“Has Buhari’s presidency prosecuted them? Magu’s case will also be swept under the carpet just like others

We can’t continue this way; for how long are we going to be repeating ourselves? Our leaders are confused, the APC is collapsing while the PDP is fading away.

The striking doctors have been replaced with volunteer doctors.

The Association of Resident Doctors had last week asked their colleagues who were working at the centre to join them in their ongoing strike which commenced on July 1, 2020.

Failure of the government to meet their welfare demands was one of the reasons cited for their actions.

However, The Commissioner for Health, Dr Tomi Coker, noted that the striking doctors at the isolation centre had been replaced. 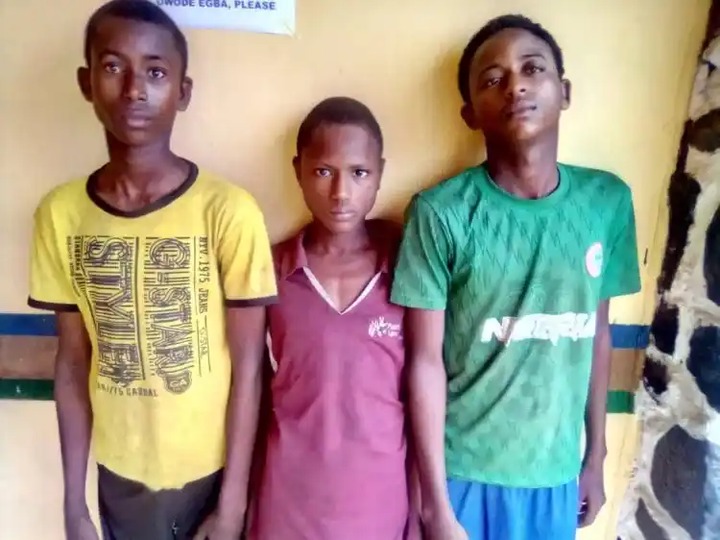 The suspects: Uzefa Idris, Adamu Yakubu and Ayuba Buhari were arrested following a distress call received by the Divisional Police Officer, DPO, Owode Egba Division that a Mazda bus had been forcefully stopped on the highway by a gang of armed robbers and that the occupants were being dispossessed of their belongings.

Upon the distress call, the DPO, SP Mathew Ediae quickly led his anti-robbery team to the scene and on sighting the policemen, the hoodlums took to their heels but were chased into the bush where three of them were apprehended.

The two victims of their operation, Oluwakemi Oyegade who was dispossessed of N545,000 and one itel phone as well as the driver, Zacheaus Olaniyi were rescued and taken to the station.

The two victims narrated how the hoodlums jumped on the road from the bush and forcefully stopped the vehicle consequent upon which they started beating them with matchete before dispossessing them of their valuables.

Recovered from the arrested ones are: the sum ofN99,700 and one itel phone

8. Oshiomhole relocates to Edo State to campaign for Ize-Iyamu The former National Chairman of the All Progressives Congress, APC, Adams Oshiomhole, says he has temporarily relocated to Edo state to solicit votes in the nooks and crannies of the state to ensure candidate of the APC Osagie Ize-Iyamu wins the September nineteen Governorship election in the state.

Oshiomhole disclosed this while addressing a mammoth crowd of supporters at his private resident in Iyamho, Etsako west local government area of the state.

The former APC national who expressed gratitude to President Buhari for his support while as the National Chairman said Edo state will return to APC come September 19.

The former governor said, “I am at home for now to correct the error I made in 2016 that saw Godwin Obaseki emerge as governor.