By Olushoy (self meida writer) | 21 days

It is no longer news that Chad president was killed when he was fighting with rebel. This came as a surprise on how the most powerful person in Chad will be killed like a chicken. This incident has already created a millions of questions in the heart of people living across Africa. Some speculated the incident to be a planned incident. A particular Man Said the president was shot at the back at close range then this simply means he was killed by his own men. Well, I am a philosopher. I will not agree with them since it cannot be scientifically proven yet. 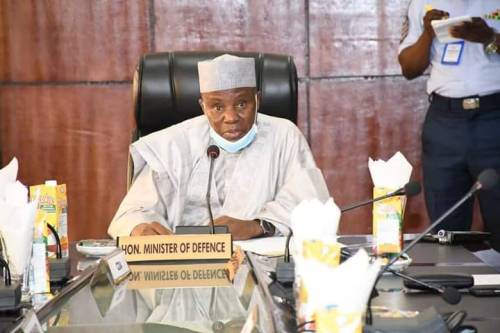 After the Chad president was killed. It was announced that his son will now emerge as the new president of the country. Some even speculated that his son must have had a hand in his father death. Some also speculated that the son was not his biological son. Well, A particular rebel group have kicked against The appointment of the late president son as the new president. Majority also do not subscribe to this also. They believe that Chad is not a monarchical state hence the President position should be given to a neutral person. The rebel group are ready for war against Chad.

This has made a lot of African countries to be on their toes. Our defence minister Bashir said nigerians will beef up security at their borders and they would not allow any bandits or criminal from Chad to enter Nigeria. The Defence minister also said the security will be in form of joint task force. Countries like Cameroon, Chad, Nigeria and some other countries will join hands to fight against any Unwanted personnel across their borders. The minister also said the Unjust killing of the Chad president could escalate. hence, They would ensure they are always on alert because no African countries is save.