Rescue Nigeria Project: Is RNP On A Rescue Mission Or Another Poison In A Tonic Bottle [Opinion]

By Olatunbosunsuccess (self media writer) | 24 days ago 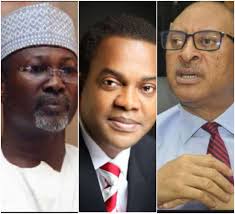 It is barely 18 months to the next general elections, and as expected the time for political permutations should have started by now. Surprisingly, a new force on the Nigerian political terrain emerged yesterday intending to create a new normal. A new party was unveiled by some prominent Nigerians which they called Rescue Nigeria Project. This is to serve as an alternative to the conventional All Progress Congress, APC and the Peoples Democratic Party, PDP.

Founders of this new party include prominent past governors like Ahmed Abdufatai, Donald Duke, former chairman of the Independent National Electoral Commission, Professor Attahiru Jega amongst others. But the question in everyone's mouth is whether this new party is capable of rescuing the Nation or just trying to seize the power from the ruling party, but here are what to look at to be able to answer that question; 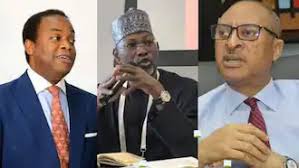 Former U.S. President, Dwight D. Eisenhower said, "If a political party does not have its foundation in the determination to advance a cause that is right and that is moral, then it is not a political party; it is merely a conspiracy to seize power." In his keynote address while unveiling the party in Abuja yesterday, former Kwara State governor Ahmed Abdulfatai, maintained that the state of the nation calls for urgent solutions. He mentioned the security challenges in the country as well as the issue of nepotism and the rise in agitation by different ethnic groups.

Meanwhile, the ex-governor failed to tell the general public what the Rescue Nigeria Project plans to do to address those shortfalls of the present administration that were revealed, at least, if you intend to take away the sour grapes from the masses, you must be able to replace it with replenishing and fresh almonds. But nothing was mentioned in that line. 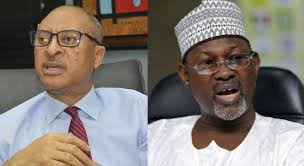 In addition to that, there is a need for the masses to look into the antecedents and precedents of those who have come together to form a new political party. Some of them were part of the people that sold the 'change' agenda of the current administration to the society, and they were part of the system for some time. And now they have come out to condemn the system that they sold to the Nation.

Furthermore, the political elite of our country have always been those in the system for many years, and the only thing they have always done differently is to always change from one party to another or merge to create a new one. And the question is, will RNP be any different?

Finally, American Author, E.A. Bucchianeri, nimbly intoned that "they say if you don't vote, you get the government you deserve, and if you do, you never get the results you expected." We can only hope that this RNP will be the real change that people want.

Otherwise, we might be dealing with another irrisible tragedy of the grotesque politicians who have enclosed another poison in a tonic bottle.